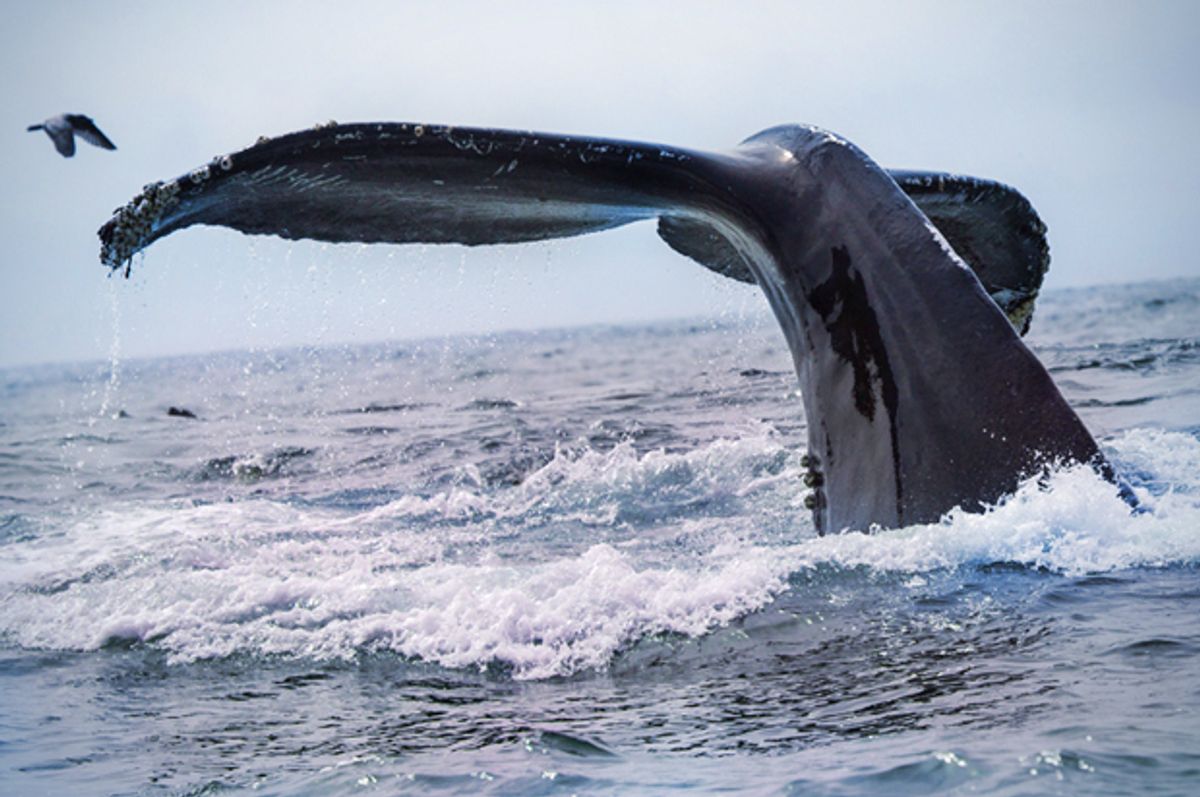 When the Interior Department, last year, released the results of its study evaluating the probable impact of reopening seismic gas and oil exploration off the U.S. East Coast, it had less than great news for the marine animals living in the blast zones. More than 138,000 sea creatures stood at risk of being harmed, it found, including nine of the 500 north Atlantic right whales left in the world.

The report classified this threat as "moderate;" those versed in the impacts of seismic exploration -- and who are aware of how much we still don't know, remain unconvinced.

The latest entreaty to consider the whales comes via a letter, signed by 75 leading marine biologists and ocean scientists and released by the Natural Resources Defense Council, warning that the underwater sound blasts used in oil and gas exploration could have “significant, long-lasting and widespread impacts on the reproduction and survival” of the threatened mammals, not to mention commercial fish populations.

The search for oil and gas deposits, the letter explains, involves firing high-volume airguns every 10 to 12 seconds, for weeks or even months at a time. The sound they produce is nearly as powerful as "underwater chemical explosives."

"For blue and other endangered great whales," they write, "such surveys have been shown to disrupt activities essential to foraging and reproduction over vast ocean areas. Additionally, surveys could increase the risk of calves being separated from their mothers, the effects of which can be lethal, and, over time, cause chronic behavioral and physiological stress, suppressing reproduction and increasing mortality and morbidity."

The Interior Department's findings, the letter adds, are likely an underestimate; the risk, it therefore concludes, is "unacceptable."

The letter comes as President Obama pushes forward on opening the Atlantic to energy interests. In January, the Interior Department announced plans to being selling 5-year drilling leases in 2017. The threats to marine life, once offshore drilling enters the picture, are compounded: leaving aside the obvious problems with developing more fossil fuels, environmental groups warn that a potential spill could wreak havoc on the East Coasts' fishing and tourism industries.

With the President's professed concern for the climate and the better, cleaner opportunities for energy development available in the Atlantic, you have to wonder why the Obama administration would give in to the industry on this one.