Totally relatable Clinton says she has nothing to hide 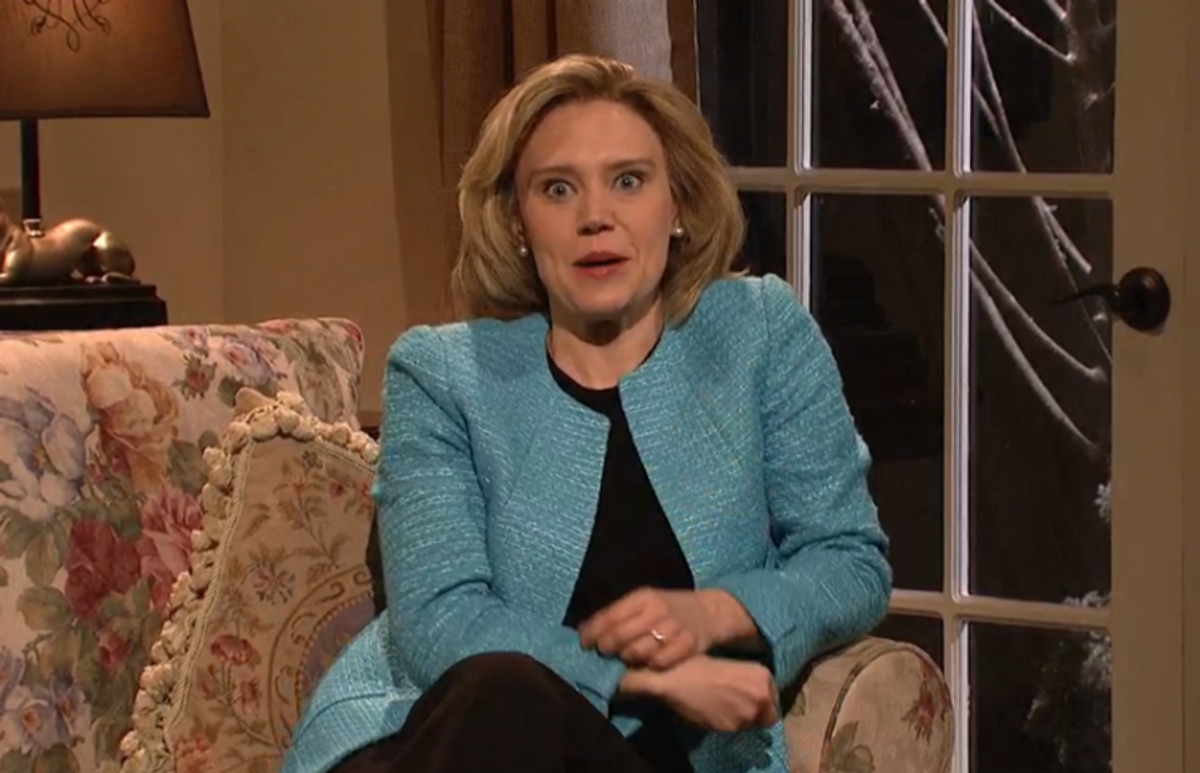 With Hillary Clinton under fire for using only a personal email account during her four-year tenure as secretary of state, a plethora of pundits and prognosticators are pondering how the news will affect her chances of winning the White House in 2016. On the "Saturday Night Live" cold open last night, Hillary offered her own answer: It won't.

Playing down the controversy with her trademark cackle, Clinton, played by "SNL's" Kate McKinnon, said she had absolutely nothing to hide.

"Those emails are clean as a whistle," she promised. "This is not how Hillary Clinton goes down. I mean, what did you think my emails said — ‘Hi, it’s Hillary. I really screwed up on Benghazi today.'"

And to those who think the email scandal could provide an opening for a Democratic primary challenger, Clinton has a blunt message: Not so fast.

"But if, after all this, people still want someone like Elizabeth Warren to run instead — God bless Elizabeth, Lizzy, I love ya girl, we need more women like you — but it’s not your time," Hillary declared. "It’s my time."

Watch below, via NBC: