"Empire" star Jussie Smollett: “There is no closet that I’ve ever been in"

The star addressed questions about his sexuality on "Ellen" today 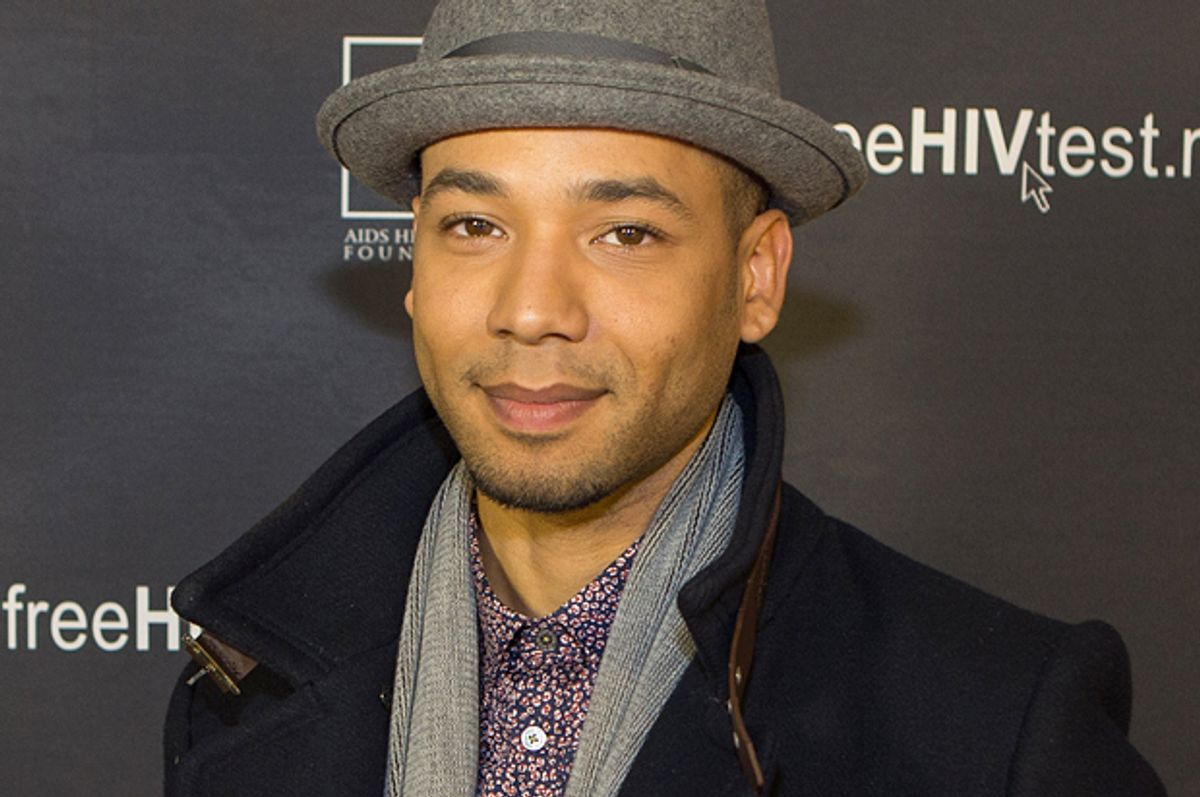 “Empire" star Jussie Smollet has faced a lot of public scrutiny surrounding his sexuality since his character, up-and-coming singer-songwriter Jamal Lyon, came out as gay on the show. While he didn’t have much to say about his personal life during the interview portion of his "Ellen" appearance this morning, he pulled DeGeneres aside backstage afterwards to address the issue further.

Other outlets are reporting this as a coming out, but Smollett's comments suggest he might continue to keep his personal life out of the brightest spotlights. We'll let him speak for himself:

"It was very, very important to me that my first performance and talk show, that it was with you. You've been such an inspiration to so many, but also to me. What you've done in the LGBT community is very much, in my opinion, kind of like what Michael Jackson did with the black community — just that you are who you are. He was just Michael, and you're just Ellen. It was really important to me to make sure that it got across that there is no closet. There’s never been a closet. That I’ve been in. I don’t own a closet. I have a dresser, but I don’t have a closet, but I have a home, and that is my responsibility, to protect that home. So that’s why I choose not to talk about my personal life. But there is without a doubt no closet that I’ve ever been in, and I just wanted to make that clear, but it was most important for me to make that clear to you on your show at this time in the world. And that’s where I’m at ... So let's not read into it the wrong when I say that I don't talk about my personal life. I'm saying that, but it is no way to hide or deny who God made me. My mama knows. My mama likes me a lot. And yes, I take her to the Sound of Music sing-along every single year. So, any questions?"