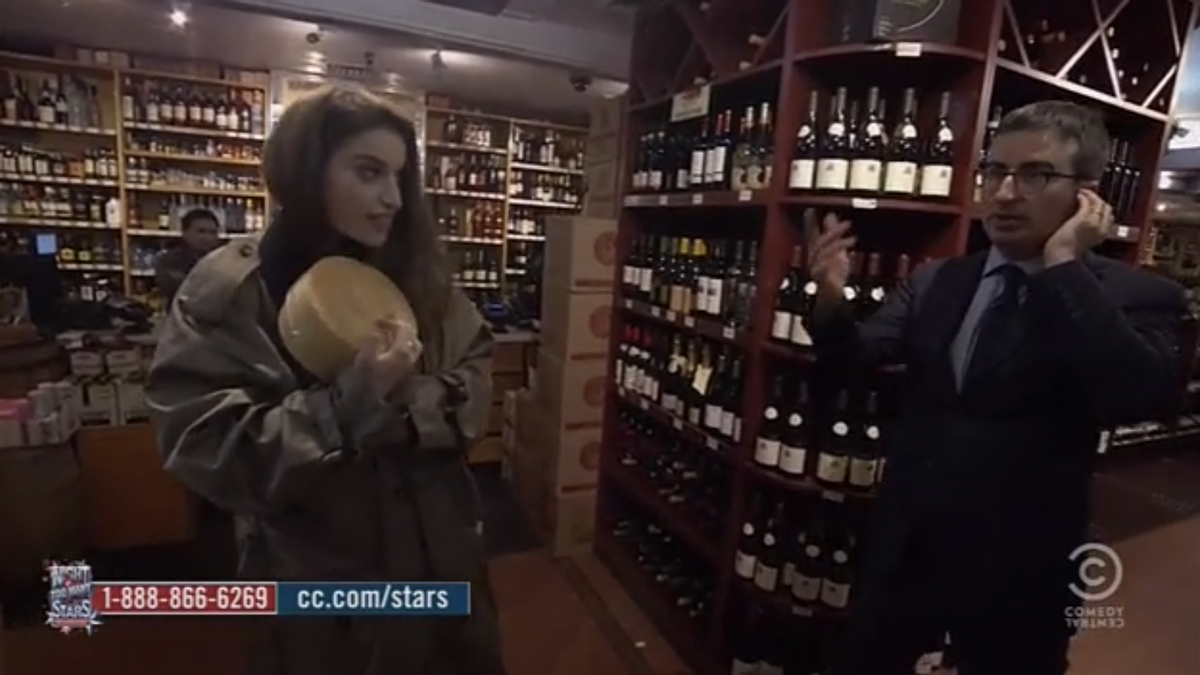 Never ask John Oliver to be an accomplice in your heist. Not even if he tries to convince you that Brits make excellent thieves. ("We stole two-thirds of the world's land mass!")

Oliver appeared on "Night of Too Many Stars" Sunday night and, as a prize for the winning bidder at the charity event -- who happened to be a high school teacher -- Oliver extended an invite to go shoplifting at the liquor store nearby.

Well, the votes are in: Oliver is the world's worst shoplifting coach. Take-aways: Don't wave around the block of cheese you are trying to steal. Don't strike up convos with the sales clerks. And absolutely don't snap selfies with strangers mid-heist.