"Simpsons" co-creator and philanthropist Sam Simon has passed away 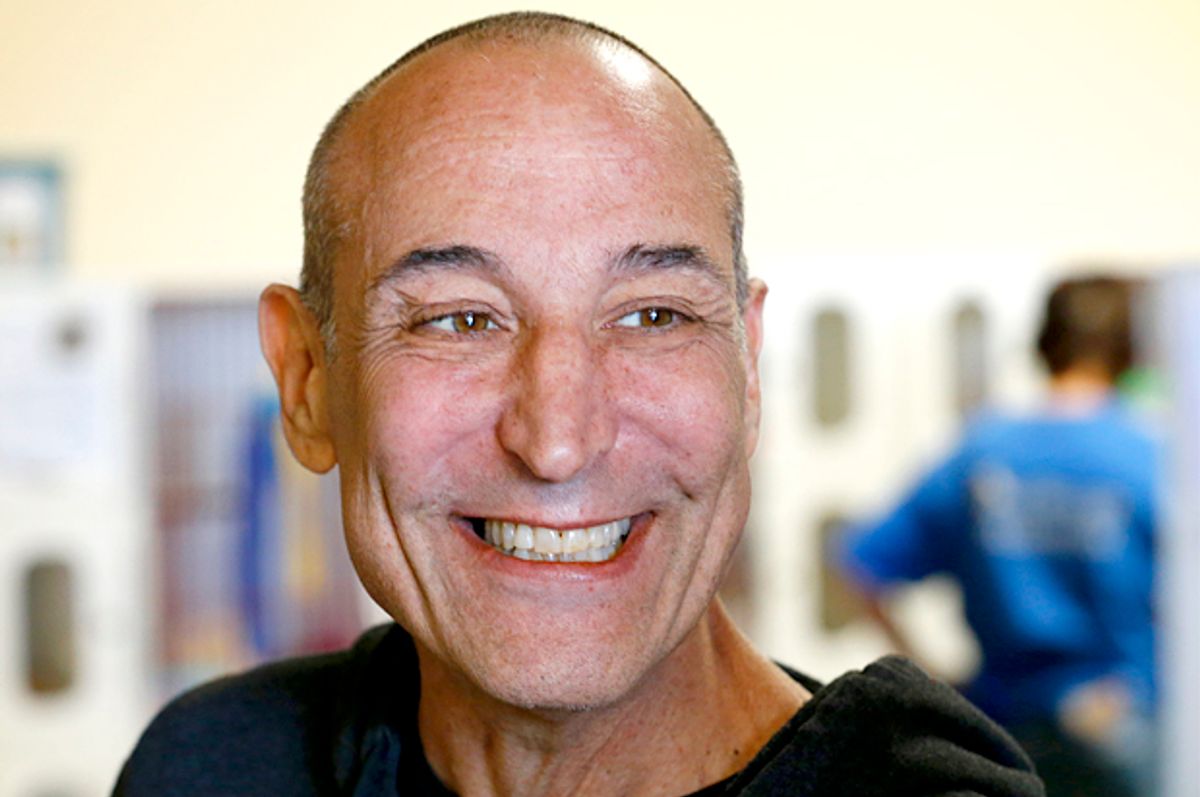 "The Simpsons" co-creator Sam Simon has passed away at the age of 59 after battling with cancer for over two years. A legend in the comedy writing world, the Stanford graduate and cartoonist worked on shows like "Cheers," "It’s Garry Shandling's Show," "Taxi," "The George Carlin Show" and "The Drew Carey Show" in addition developing "The Simpsons" along with Matt Groening and James L. Brooks. Simon chose the writers and ran the "Simpsons" writers room in the show’s early years, and has been credited as a pivotal force in developing the show’s unique sensibility, before exiting the show after its fourth season following a clash with Groening.

“Sam brought a level of honesty to the characters,” said Ken Levine, a "Simpsons" writer, in an interview in 2009. “Is it too bizarre to say he made cartoon characters three-dimensional? His comedy is all about character, not just a string of gags. In The Simpsons, the characters are motivated by their emotions and their foibles. ‘What are they thinking?’— that is Sam’s contribution. The stories come from the characters.”

Over the years, Simon won nine Emmys for his television work, but he was also a man of many interests and abilities beyond the small screen, becoming a competitive poker player and managing 2004 boxing heavyweight champion Lamon Brewster.

Simon was diagnosed with stage four colon cancer in late 2012, and was given an initial prognosis of three months. After his diagnosis, Simon made the decision to give his $100-million dollar fortune away to charity, mainly to a number of animal-based organizations like PETA and the Sea Shepherd Conservation Society, and to his own Sam Simon foundation, which rescues stray dogs and trains them as service animals among other things. “A lot of it is selfish," he has said of his work with animals. "I get to watch these animals that have been in concrete bunkers their whole life, I get to watch them take their first steps on grass, I get to fly my friends out. They’re dependent on us for that and so I feel that it’s my responsibility to speak for those who can’t speak for themselves." He also gave to LA's Feeding Families program as well as serving as Save the Children's largest individual donor.

Simon long outlived his initial prognosis, and he has spoken openly about his illness in the past two years, remaining positive and upbeat throughout, sharing photos and stories on his Twitter account, and allowing magazines to conduct intimate profiles of him, such as a piece from last fall in Vanity Fair and a recent Fusion documentary detailing his illness and his animal rights activism.

"He was a genius and a great humanitarian in ways public and private," said "Simpsons" executive producer Al Jean in a statement. "I personally owe him more than can be repaid, but I will do my best to help every animal I can in his memory."