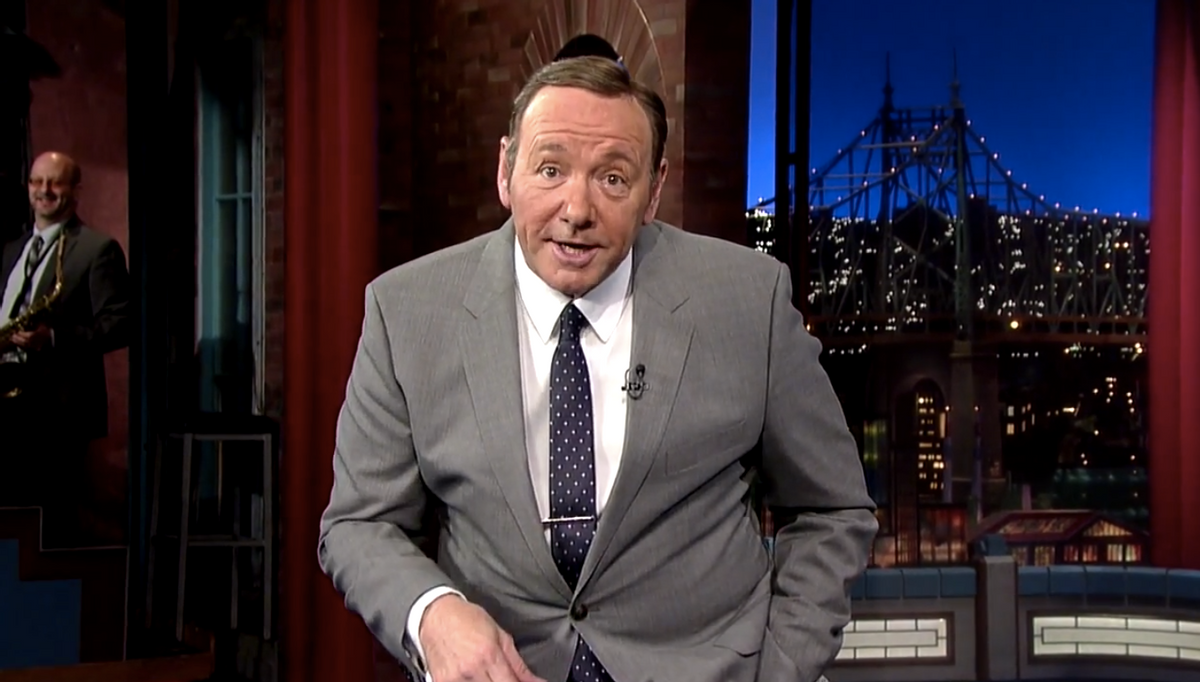 Kevin Spacey has said before that he owes much of his success to Jack Lemmon. The legendary actor became Spacey's mentor at the age of 13 when he enrolled in a summer acting workshop -- and much later, they'd become BFFs while acting in a play together.

Spacey paid tribute to the late actor on Letterman Monday night in the only way that made sense: a spot-on celeb impression. (Remember Spacey's next-level Christopher Walken and Al Pacino?)

But he wasn't done: Spacey also brought back his equally impressive Johnny Carson. When Spacey stands for an impression, you know he means business.