Democratic state rep. Ken Martinez is under fire for comments made during a hearing on rapists' parental rights 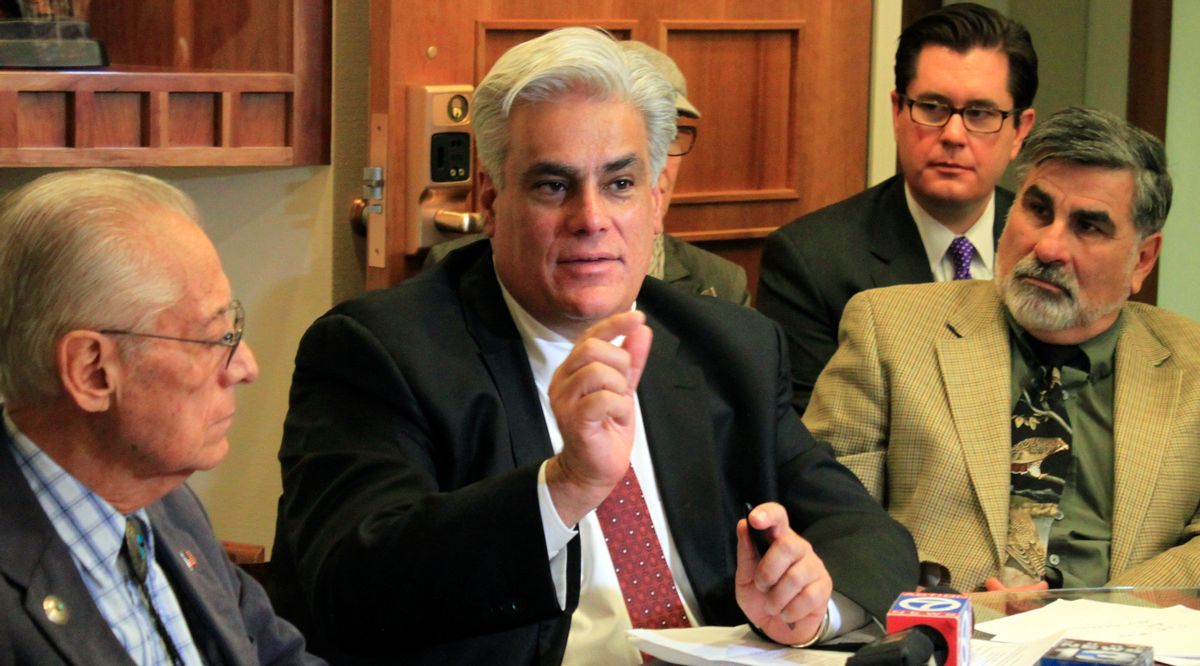 Former New Mexico House Speaker Ken Martinez is under fire by GOP opponents this week for comments he made during a recent House Judiciary Committee hearing, when he asserted that "rape is defined in many ways, and some of it is just drunken college sex." The Democratic lawmaker has denied that his remarks, made during discussion of a bill to terminate rapists' parental rights, were meant to diminish the seriousness of sexual assault, but the Santa Fe New Mexican reports that Republicans are demanding an apology.

"It is simply inexcusable that Rep. Kenny Martinez dismissed a serious crime as nothing more than a night of 'drunken college sex,'" GOP Rep. Kelly Fajardo said in a statement. "His comments are belittling to anyone who has ever been a victim and survivor of sexual abuse, and I hope that he will apologize."

Meanwhile, Martinez himself is demanding an apology and has accused his critics of political opportunism. "It's really unfortunate that Rod Adair [another critic] and Kelly Fajardo are pulling this political stunt on something that's so important," the representative said. "To create a political stunt on something this important, I really think they owe an apology to every victim of rape in the state of New Mexico."

Martinez also asserted that his comments were quoted and criticized without an important addendum: He claims he also added the phrase "without the ability to consent" after the controversial remarks. (The phrase, however, is not audible in a recording of the hearing, which starts around the 54:00 mark.) Nonetheless, survivor advocates have come to bat for the representative, calling Martinez a longtime supporter of rape victims.

"There are a lot of different kinds of rape," Sheila Lewis, director of the domestic violence and sexual assault prevention organization Santa Fe Safe, told the Albuquerque Journal. "What the representative was speaking about was one of the most serious kinds of rape -- when young women are intoxicated and do not give consent."