Check out the enormous icebergs washing up on Cape Cod

It's been a long, cold, weird winter in Massachusetts 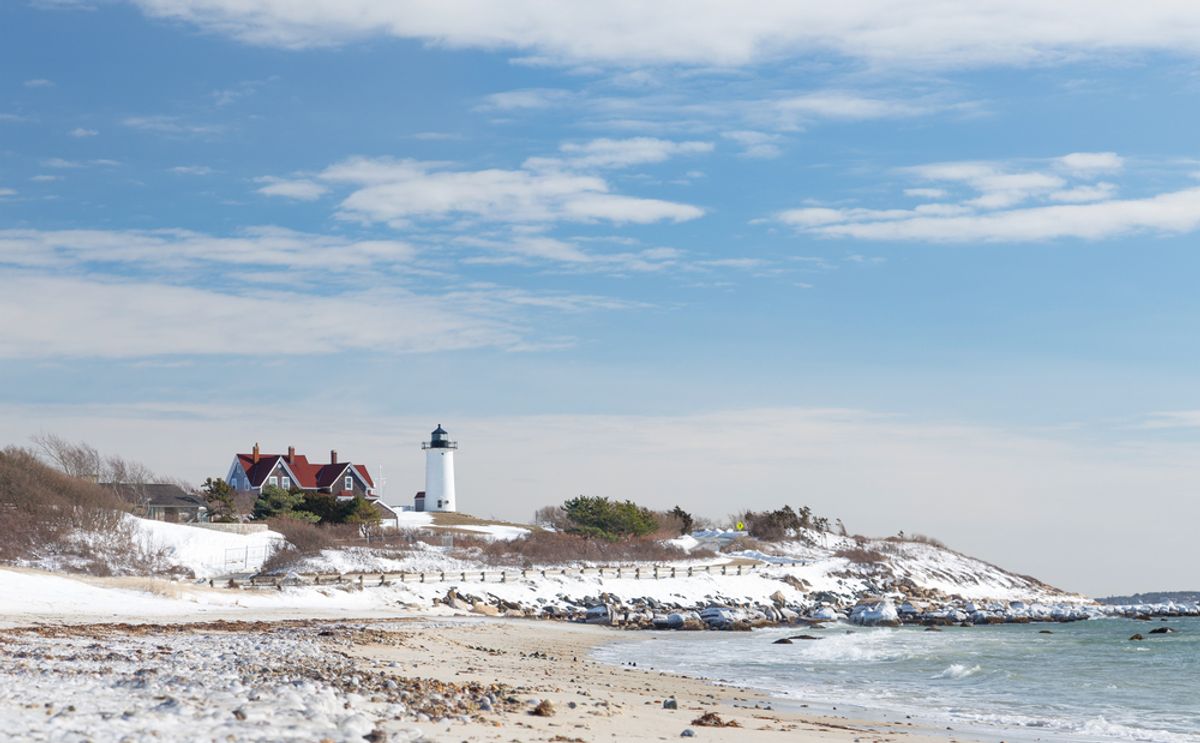 For residents of Massachusetts, Winter 2015 will likely go down as the year the weather lost its mind. First, there were the nearly frozen "slush waves" crashing ashore in Nantucket:

And now, Cape Cod's been visited by enormous icebergs arriving on the beach from the near-frozen bay.

[embedtweet id="575492031205666816"] If Sen. Inhofe was in the area this weekend, I imagine he'd have wanted to climb atop these things and shout to the heavens that global warming is a hoax. In reality, though, Massachusetts just had a ridiculously cold and snowy winter, one with possible links to our rapidly changing climate. According to WBZ-TV Chief Meteorologist Eric Fisher, the towering icebergs may well be a “once-in-a-generation” occurrence. They're reportedly already shrinking as the East Coast finally warms up, but check them out in their full glory, courtesy of photographer Dapixara: