Climate change could be to blame 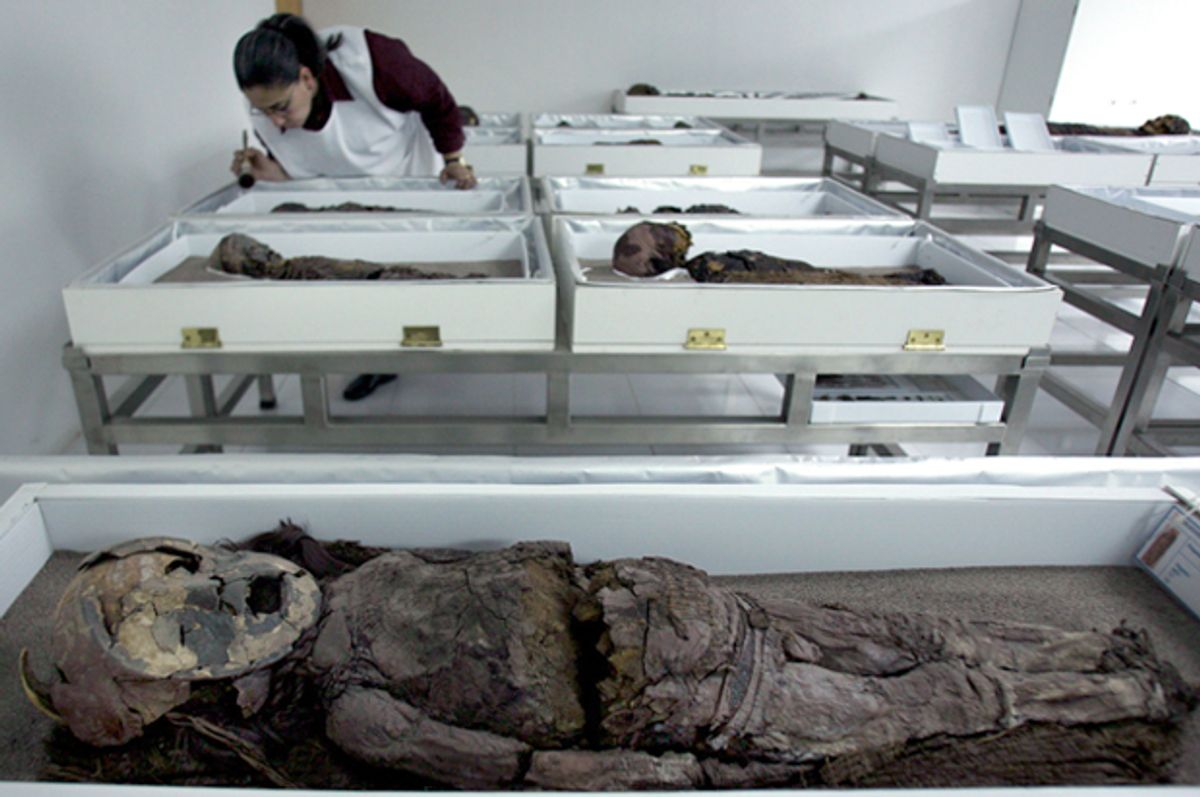 Chile's 7,000-year-old Chinchorro mummies are being destroyed by increasingly humid air in a super-scary way: they are turning into black, gelatinous goo. The deterioration began in the last ten years and has thus far only affected a portion of the 120 some mummies located in the University of Tarapacá's archaeological museum in Arica.

The Chinchorro, a hunter-gatherer people, have been dated back to 5050 B.C., making them the oldest mummies in the world.

"In the last 10 years, the [deterioration] process has accelerated," said Marcela Sepulveda, an archaeology professor at the University of Tarapacá in a statement. "It is very important to get more information about what's causing this and to get the university and national government to do what's necessary to preserve the Chinchorro mummies for the future."

According to Ralph Mitchell, a biology professor at Harvard who was contacted by the museum to test the mummies' skin, the answer is microbial. Mitchell says that opportunistic bacteria are now making their home on the Chinchorro remains, causing them to quickly decay.

The microbes are not ancient, the professor said, but normal bacteria that typically live on people's skin.

These microbes thrive in humid conditions, and the humidity in usually-arid Arica, located near the Atacama Desert, has increased in recent years -- possibly, says, Mitchell, because of climate change.

"Is there a scientific answer to protect these important historic objects from the devastating effects of climate change?" asked Mitchell. "It's almost a forensic problem."