John Shaw's responsibilities will be divided among several city departments 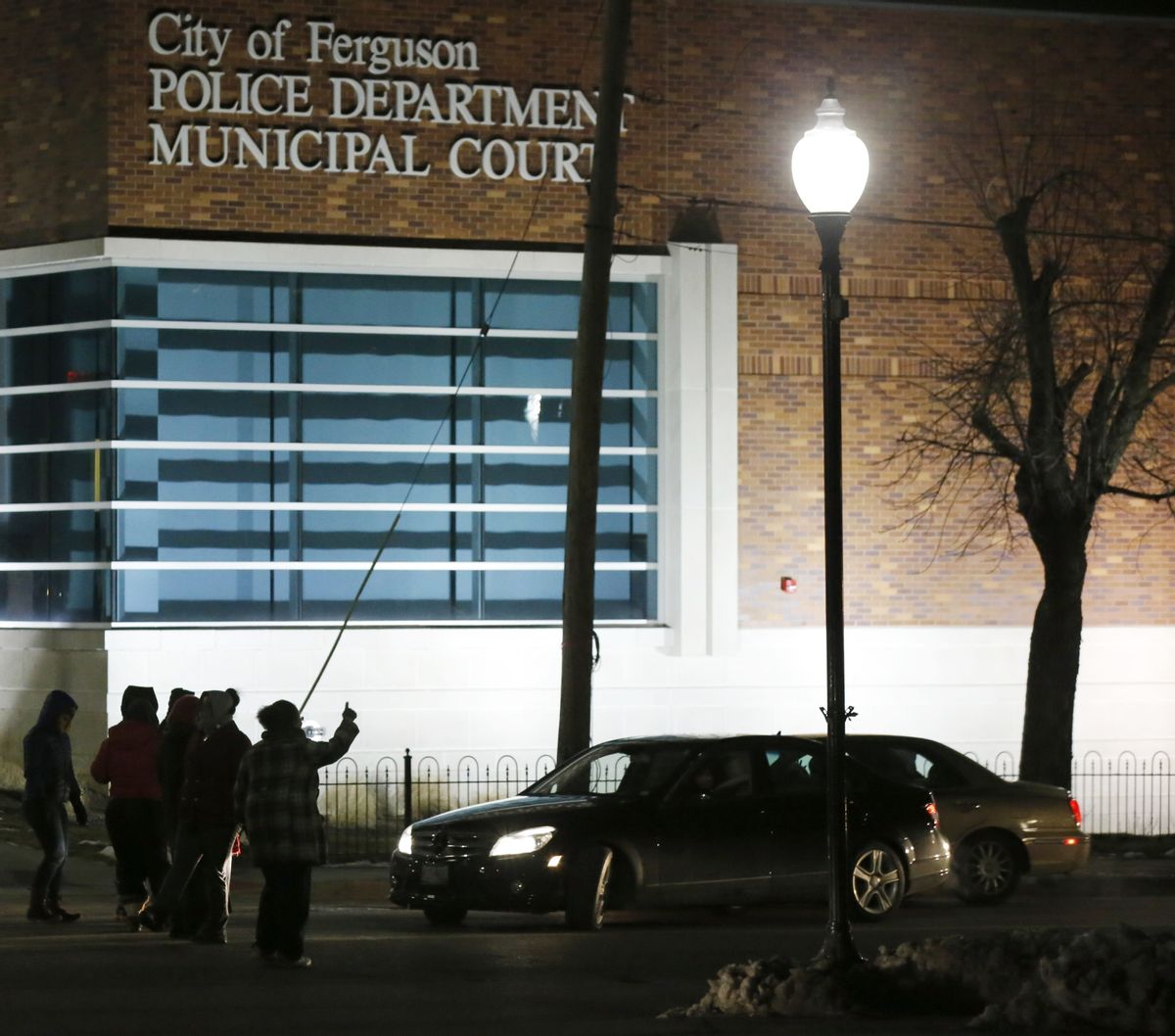 FILE - In this March 4, 2015, file photo, protesters block traffic on the street outside the Ferguson, Mo., police department in Ferguson. The Justice Department on Wednesday cleared a white former Ferguson police officer in the fatal shooting of an unarmed black 18-year-old, but also issued a scathing report calling for sweeping changes in city law enforcement practices it called discriminatory and unconstitutional. (AP/Charles Rex Arbogast)
--

Ferguson City Manager John Shaw, 39, has resigned from his post following the release of a report from the Justice Department. His resignation was accepted by the city council in a unanimous vote. Shaw's responsibilities will now be divided between several city departments.

The report was requested after white officer Darren Wilson fatally shot black teenager Michael Brown, which led to weeks of protests and demonstrations across the country. While the DOJ found that Wilson had, in fact, acted in self-defense, the department also found a history of overwhelming racial bias in the Ferguson Police Department.

In a statement, Shaw said his office "never instructed the police department to target African Americans, nor falsify charges to administer fines, nor heap abuses on the backs of the poor." Still, as the official responsible for oversight, the responsibility falls largely on him.

Shaw continued: "I believe that the city of Ferguson has the resolve to overcome the challenges it faces for the coming months and emerge as a stronger community for it."