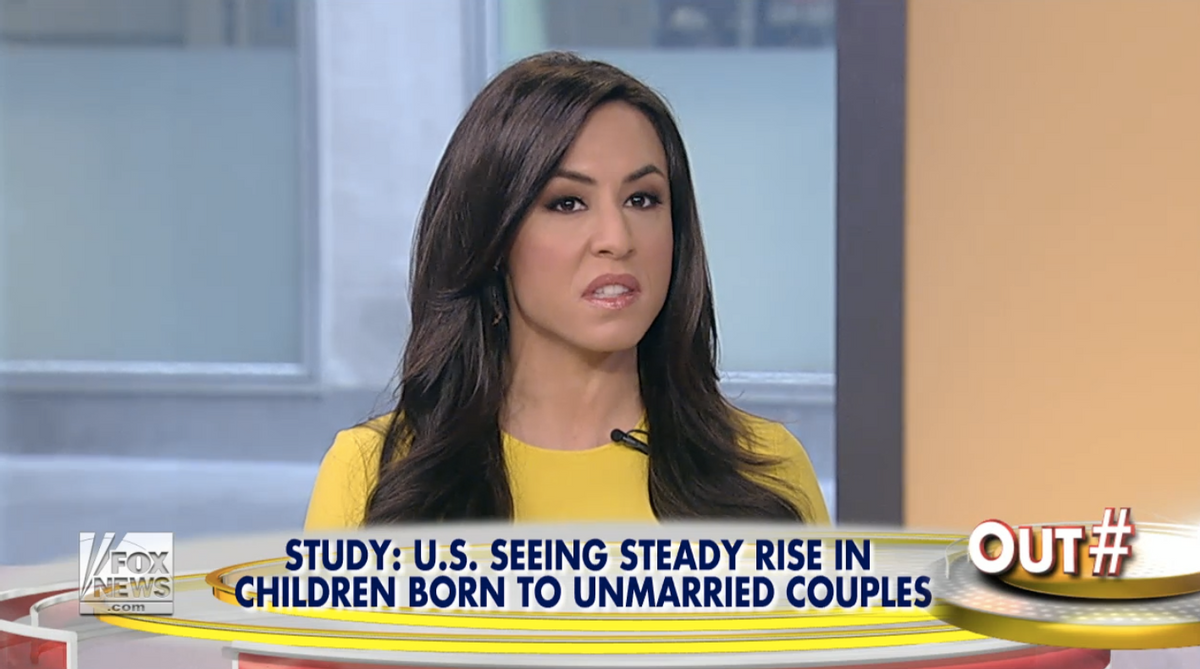 Here are some confessions: I am a feminist and I have had sex out of wedlock. Here is a corollary: Fox News' Andrea Tantaros thinks women like me are to blame for the decline in marriage rates because we "give it up freely" and don't coerce men into marrying us. Go figure.

On Wednesday's edition of Fox's "Outnumbered," Tantaros and her co-hosts speculated about why the number of cohabitating, unmarried couples has increased in recent years, a trend for which they offered a number of possible explanations. The afternoon's "One Lucky Guy," Fox News medical contributor Dr. Manny Alvarez, suggested the trend might have something to do with immigrants who "are not paying attention" to marriage because of their cultural backgrounds, while the co-hosts took a more gender-based approach.

"A lot of times, it’s cultural," Alvarez said. "There are many people coming to this country where that is a norm, where people meet, they get together, they want to have a baby -- and bingo, they come back here and they don’t think about the marriage thing. There are some people who don't believe in marriage, and I think that's probably a problem."

Tantaros then raised the point that it might not be all people who are backing away from marriage, citing "statistics" that say men are choosing to wed less often. Host Harris Faulkner chimed in.

"I don't think there's a lot of pressure on men to get married," Faulkner said. "Because we are a much more sexually free society. ... Guys just don't feel the pressure."

And for this, Tantaros opined, the feminists (of course!) are to blame. "Women have been encouraged to give it up, as Harris talks about, freely with the rise of feminism, to have sex like a man," she said. "So they're doing this, and they're not making the guy step up to put a ring on it."

Finally, co-host Kennedy Montgomery place a little bit of blame on Tinder, because "there are a lot of dudes that don't want to get married," and I guess they hang out there.

Watch a clip, via Raw Story, below: