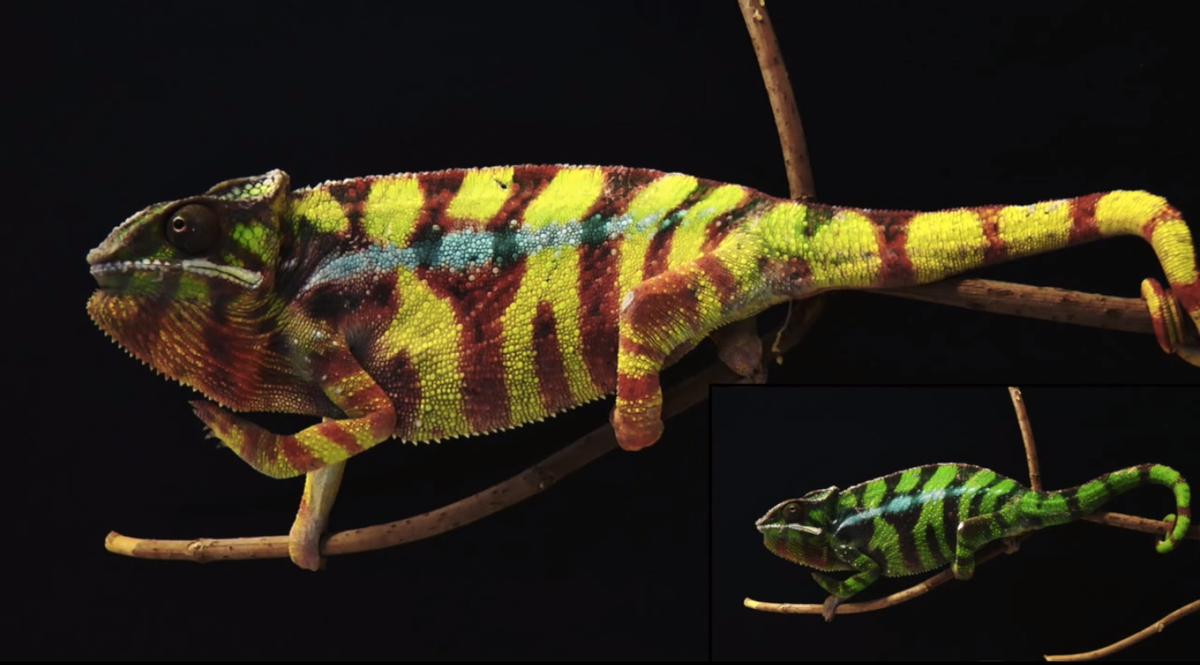 A new study published Tuesday in the journal "Nature Communications" has finally explained how the chameleon changes colors. The project was led by Michel Milinkovitch, a biologist from the University of Geneva, who studied Madagascar's panther chameleon (Furcifer pardalis) for many years. It turns out that the key to the species' changing hue is a little bit more complicated than he had thought.

"We were surprised," said Milinkovitch in an interview with AFP. "It was thought they were changing color through... pigments. The real mechanism is totally different and involves a physical process."

...the scientists studied the skin of the lizards using spectroscopy. They found that beneath several layers of pigmented skin cells, the chameleons have a layer of cells called iridophores, containing nanocrystals made of guanine, one of the four key components of DNA.

The guanine nanocrystals are arranged in a lattice throughout the cell, the spacing of which determines the cell's colour. When the chameleon is calm, the crystals were found to be organised into a dense network, reflecting blue wavelengths most strongly. When excited, the chameleon was found to loosen its lattice of nanocrystals by about 30 percent, allowing the reflection of yellows or reds. "They're basically pulling apart or squishing together the lattice," said Milinkovitch.

Chameleons don't actually change color for camouflage, as is popularly assumed-- it's actually a mating behavior. Watch a time-lapse of the process here: