In the last three years, the unidentified man has defecated on 19 parked cars 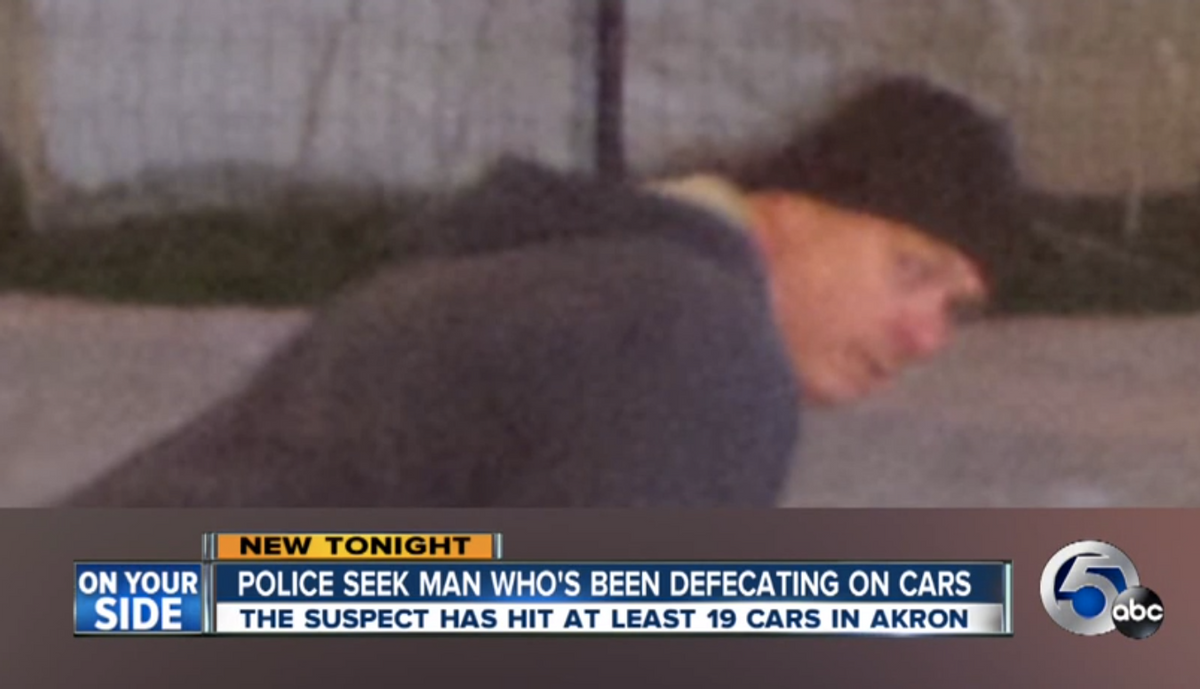 Police in Akron, Ohio have a heavy load to deal with this week. They may finally have a lead on the man -- regarded as "The Bowel Movement Bandit" by locals --  who has been defecating on cars for the last three years (19 cars in total). A fed-up husband and wife set up a hidden camera after they'd dealt with seven separate incidents involving human feces on their daughter's parked car.

Community members are doing their part to put a stop to the early-rising bandit by circulating that picture. Akron Police even posted a plea to their Facebook page Wednesday with the strategically cropped picture of the man attached:

None of the victims so far have recognized the man in the picture, according to WEWS NewsChannel5. Interviewed in that same segment was LT. Rick Edwards of Akron Police Department who indicated he's having trouble finding a common thread that connects the victims. "The chances that he'd have a problem with the same people in this geographic location would be very unusual," he noted. "This is going to be someone with a mental health issue or someone that's just sick."

Watch the full report below: