"Trainwreck" star on why she's over criticism of her looks: "I'm trying to say something and make people think" 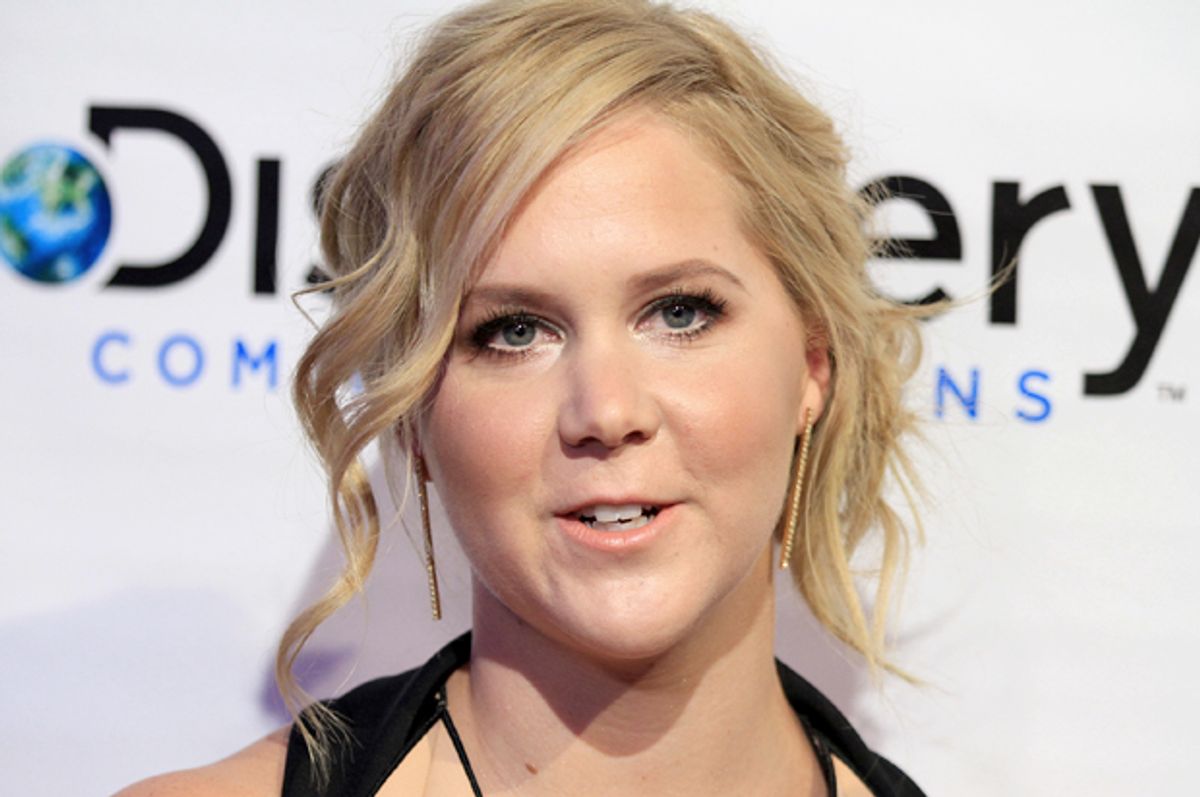 Less than a month after being trolled by a critic who had several less-than-flattering (and less-than-pertinent) things to say about her appearance, up-and-coming comedy darling Amy Schumer has taken the criticism in stride, and continues to pretty much not give a damn about...well, anything hateful anyone has to say about her body.

The Comedy Central star, whose raunchy new film "Trainwreck" premiers at South by Southwest this weekend, has been vocal about why she "could not care less" about fat-shaming writers -- but why she cares a great deal more about backlash from the feminist blogosphere. In a recent interview with The Hollywood Reporter, Schumer responded to controversy over her use of the hashtag "#AskHimLess" during the Oscars, which some critics viewed as an example of the actress "undermining" feminism.

On the contrary, Schumer says, she cares a great deal about advancing feminism -- and that's exactly why she was so thrilled about the widespread condemnation for the critic who described her as "chubby" and "not conventionally attractive." Via THR:

"I just thought the wording was funny, you know?" she says of her hashtag. "Of course I want women to be asked more than what dress they're wearing — that's my whole thing! So yeah, it did annoy me. I've devoted my life to being a feminist and showing women as more than just vapid, materialistic sex-monsters."

By contrast, Schumer was "genuinely psyched" by one scathing jab from a film blogger who, after seeing the Trainwreck trailer, wrote there was "no way" she would "be an object of heated romantic interest. … [She looks like] a blond Lou Costello." For Schumer, the widely condemned post serves as a sign her comedy is hitting all the right marks. "From the bottom of my heart, I don't care," she says. "I didn't star in this movie because I'm the prettiest girl. You're not going to catch me developing an eating disorder and getting a bunch of work done. I'm trying to say something and make people think."

Not to imply one can't rock if she has an eating disorder or gets a bunch of work done (she can). But Schumer's singular focus on saying something and making people think is a good look on anyone.