"How dare you scream, you whore": Afghan artist in hiding after "iron underwear" performance 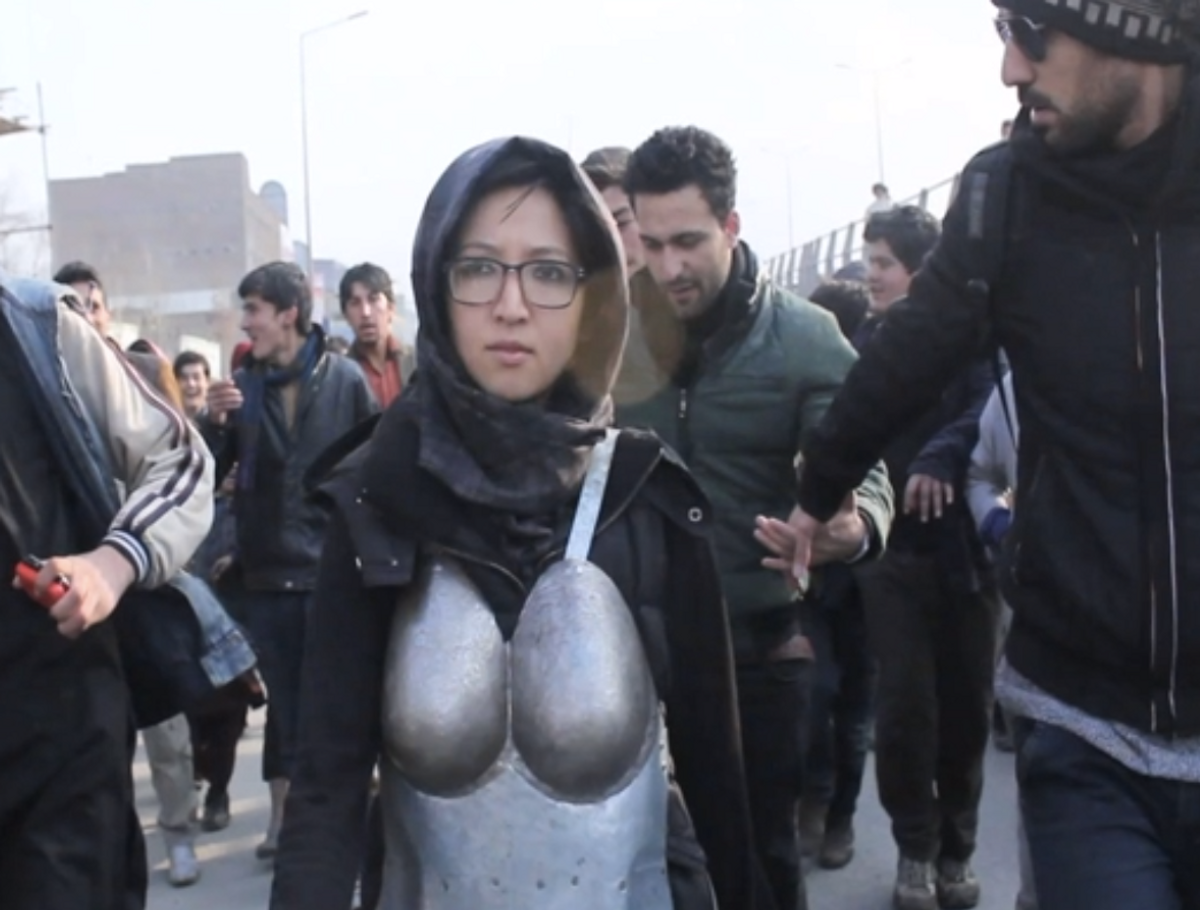 An Afghan artist is reportedly receiving death threats this week after walking the streets of Kabul in a customized suit of armor with accentuated breasts, hips and buttocks, as part of a performance piece meant to highlight the problem of sexual harassment. Kubra Khademi, who claims she has been forced into hiding since her performance, says she initially intended to wear the "iron underwear" in public for a full ten minutes, but was overwhelmed by angry protestors just eight minutes into her walk.

From an undisclosed location, Khademi told the BBC she decided to wear the metal bodysuit to illustrate that "this is all that men see of women," and to illustrate what she says are common experiences of sexual harassment for Afghan women:

The idea of the armour was inspired by her own experiences of sexual harassment when she was only five years old. She was very upset by the encounter which she likened to killing a butterfly.

"First of all I questioned my identity and sexuality and everything I was feeling," she said.

"It was like something was dead. What I remember of that day is only one sentence I said at that moment: 'I wish my underwear was made of iron.'"

The artist also harkened back to another time she fought back against street harassment, when she was a student in Kabul in 2008 -- but this time, the threats she's receiving are much more serious:

'When it happened to me then, I screamed and screamed, and all the people started looking at me and yelling at me and saying 'how dare you scream, you whore'," she says.

"Nobody was defending me, they were blaming me."

She says she had expected some hostility for the performance in Kote Sangi last week but she thought it would die down.

Instead, she says, "the heat is increasing every day".

Khademi says she's received death threats by email and by phone at an ever-increasing rate every day since her performance, but she has no regrets. "What I am facing now is the reality of my society," she said. "I can't change it immediately. OK, you are angry, but this is how I work, and I am not going to stop it."