Why the largest unsolved art heist ever remains an impossible mystery 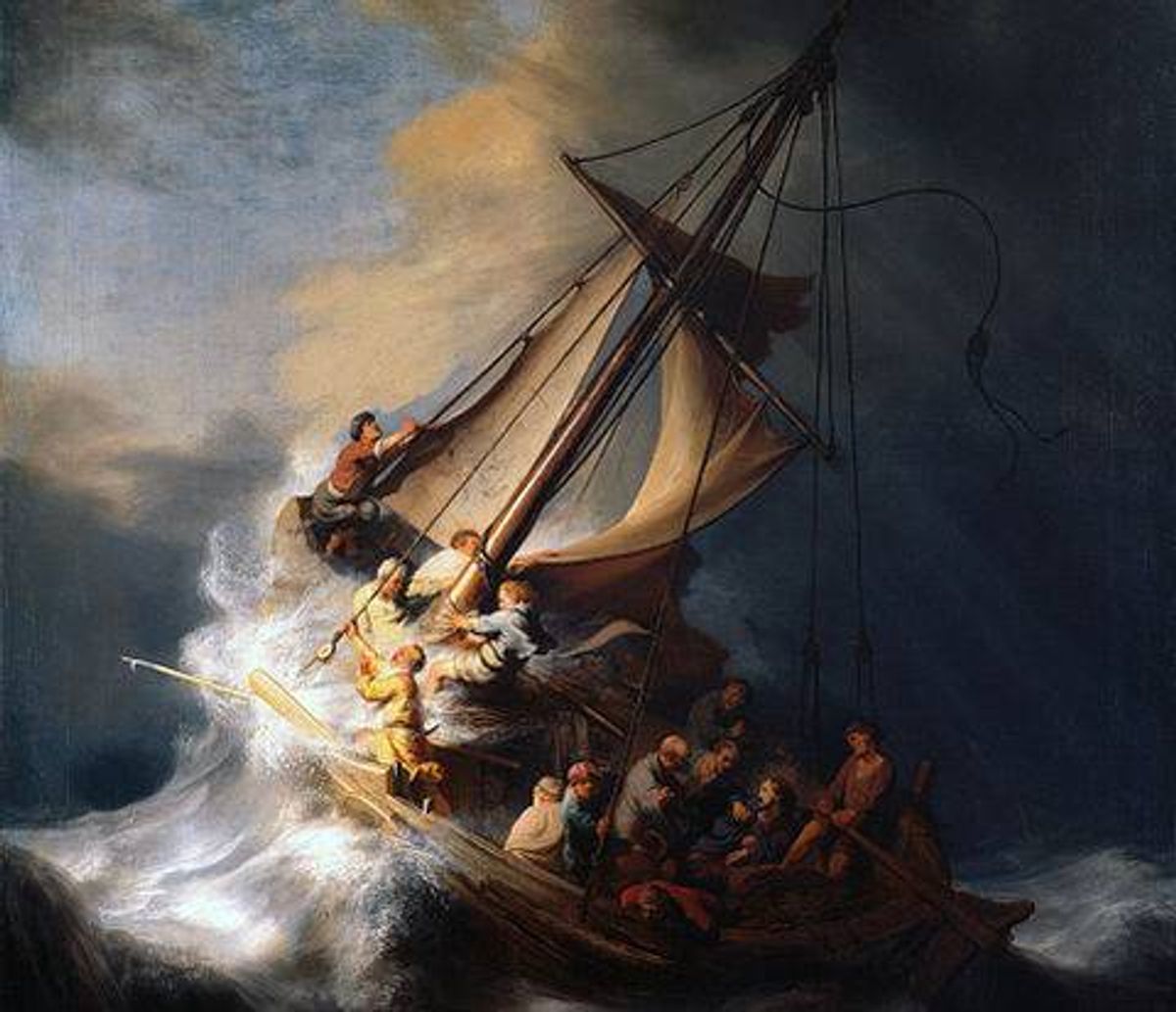 Rembrandt's "The Storm on the Sea of Galilee," one of the stolen artworks (Wikimedia)
--

March 18 marks the 25th anniversary of the infamous Gardner heist. Back in 1990, 13 priceless works of art were stolen from the Isabella Stewart Gardner Museum. The case remains unsolved and the artwork -- including Rembrand and Manet -- was never uncovered.

This week the Boston Globe printed a story (an excerpt from reporter Stephen Kurkjian's book), which asks "does a Connecticut shed hold the secrets of the Gardner heist?" The quarter-of-a-century-old art heist mystery remains one of the most baffling in history, and the Boston Globe piece is worth a read. Here's the juiciest bit of what we learned:

Robert Gentile is an "aging con man," as Kurkjian calls him, who was being pressured into talking to the FBI, while the FBI was going after him for dealing prescription drugs. Gentile is at the center of this particular excerpt. Elene Guarente, the wife of a deceased "mob soldier" -- Robert Guarente -- said that Gentile was given a few of the paintings by her late husband.

Gentile continues to deny these allegations -- even in a lie detector test -- and instead points the finger back at Elene Guarente. Shortly after the lie detector test, which took place in 2012, the FBI raided Gentile's home. From the Boston Globe:

"The search gave the investigators proof that they were on the right track. Down in the cluttered basement, among a pile of old newspapers, investigators found a Boston Herald that reported on the extraordinary theft. A sheet of typewriter paper was tucked into the newspaper. On the sheet was written the names of the 13 pieces that had been stolen. Alongside the names was scratched the amount that each might draw on the black market."

The FBI went back because they did not yet have a warrant for a shed on the property.

"Gentile’s son shared McGuigan’s confidence that his father knew nothing about the paintings’ whereabouts. He assured the agents that while his father was a pack rat, he did not have the connections or the wherewithal to hide such priceless art. The only place he could imagine his father hiding anything valuable was in his shed. Whereabouts in the shed, one agent asked him casually. And Robert Jr., who shared his father’s softer side, gave him a straight answer — his father had placed a false floor in the front of the shed, and beneath it, he had dug a deep pit, and inside the pit there would be a large plastic, Tupperware-type container. Whatever’s important will be in a plastic container inside that pit, the younger Gentile told the agents.

"His instructions set the agents off into a mad scramble, in which they tore up the false floor inside the shed, and found the deep pit under it and the big plastic container inside — a big empty plastic container. Shown the container, young Gentile had one more piece of compelling information: A few years before, there had been a severe rainstorm in the area; water had flooded their backyard and gotten into the shed and even into the ditch beneath the shed’s false floor. Whatever had been in the ditch had been destroyed, Gentile’s son told the agents, adding that he had never seen his father as upset in his life as he was about the loss. When I asked Gentile about it, he said he didn’t recall the incident but thought it could have involved a couple of small motors getting wet."

In 2014 the writer Stephen Kurkjian went to see Gentile and asked to see the shed. Here is what Kurkjian learned:

"Gentile gave me the key to his shed. Yes, he admitted, he kept valuables in containers in the ditch beneath the false floor. But only pieces of equipment or small motors that he had bought. Nothing illegal or stolen, and certainly not the Gardner paintings. I bundled up and crunched through the snow in his backyard and opened the shed’s doors. A new wooden floor had replaced the one the feds dug up, but the large plastic bins his son Bobby had described to the investigators were still inside. Some were filled with hoses, others with yard equipment. None seemed large enough to have held the tubes that could have contained large paintings."

Could some of the artwork have been hidden in this shed? The case remains a mystery.