RIP Terry Pratchett: "AT LAST, SIR TERRY, WE MUST WALK TOGETHER" 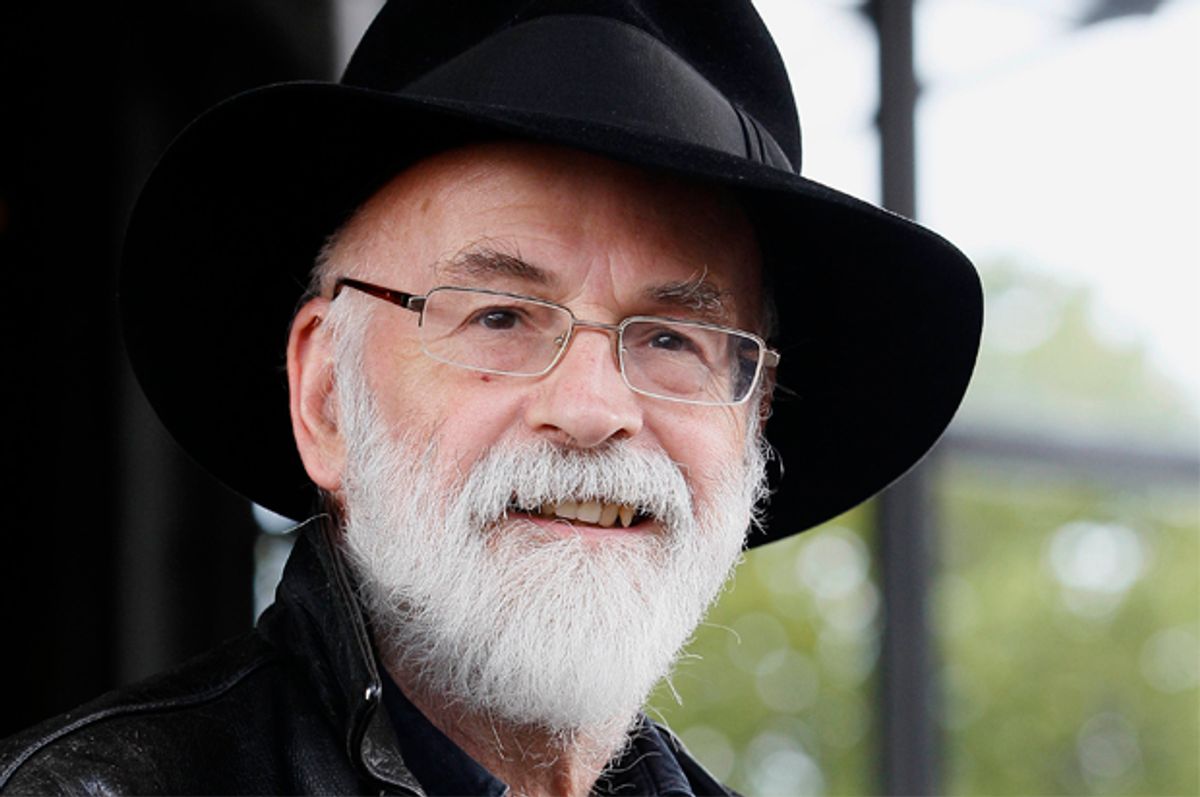 Prolific fantasy author Sir Terry Pratchett has passed away at the age of 66, after being diagnosed with early-onset Alzheimer’s disease in 2007. He continued to write throughout his illness, completing the 40th “Discworld” book last spring, which he did through the help of dictation and speech recognition software. He has often spoken publicly about his illness and became a staunch advocate for assisted death after his diagnosis (according to a source at the Telegraph, he died of natural causes).

Pratchett has written more than 70 books over his long career, including 41 books in the popular Discworld series, and has sold over 85-million books worldwide. He is the second most widely-read writer in the UK — and was, for a long time, the first, before being unseated by J.K. Rowling. He has many other accomplishments to his name, including the Carnegie Medal for his Discworld kids book "The Amazing Maurice and his Educated Rodents", as well as the World Fantasy Award for Life Achievement and a Knighthood, not to mention enriching the lives of millions of readers across the globe.

Pratchett’s death was announced via a series of tweets from his Twitter account, describing an encounter with Pratchett and “Death,” who was a character in the Discworld novels.

"The world has lost one of its brightest, sharpest minds,” read a statement from Larry Finlay at Pratchett’s publishing company Transworld. "In over 70 books, Terry enriched the planet like few before him. As all who read him know, Discworld was his vehicle to satirize this world: He did so brilliantly, with great skill, enormous humour and constant invention. Terry faced his Alzheimer's disease (an 'embuggerance', as he called it) publicly and bravely. Over the last few years, it was his writing that sustained him. His legacy will endure for decades to come.”