Conservative lawyer: I'll defy marriage equality ruling the same way I'd refuse to hand a Jew over to the Nazis

Mat Staver says denying gay people their rights is the next great human rights issue of our time, or something 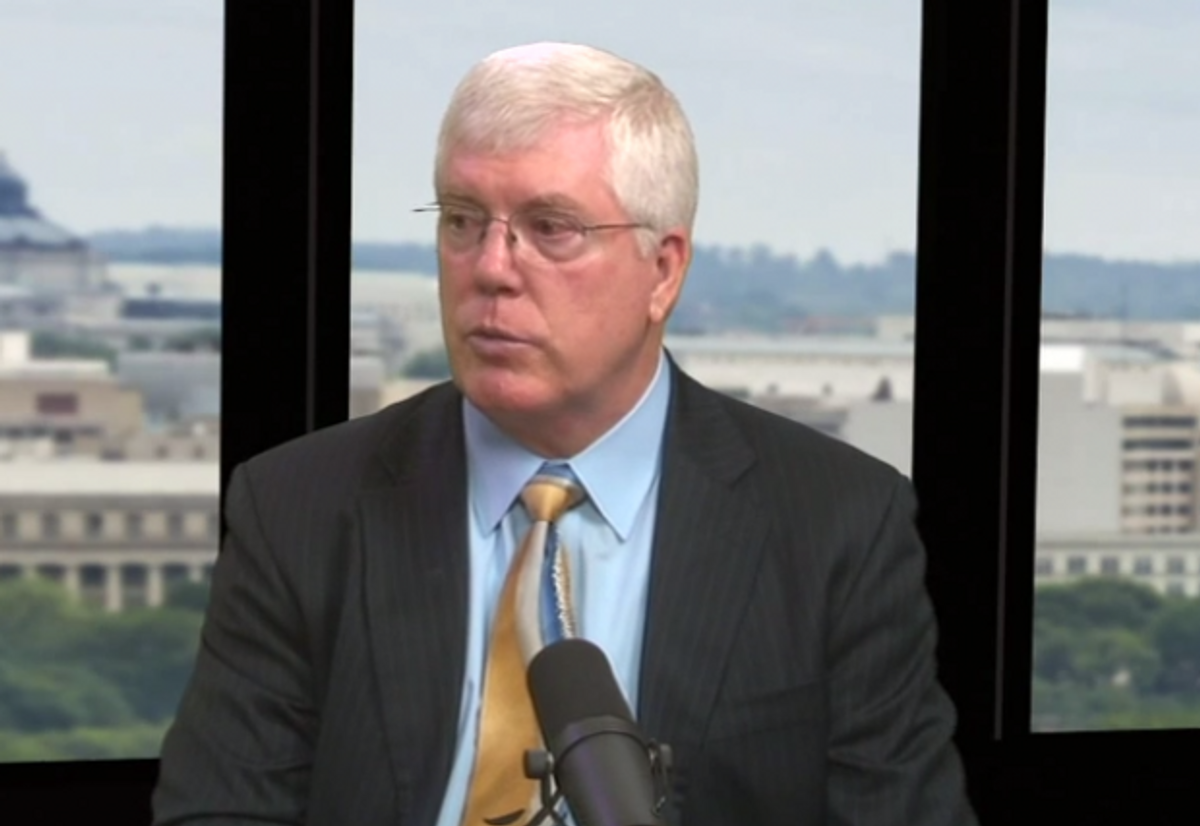 A prominent figure in conservative legal circles told a group of conservatives this week that he would not obey a Supreme Court ruling for marriage equality, much as he would have refused to hand over a Jew in Nazi Germany.

Speaking before a Tea Party event in Orlando, Mat Staver, chairman of the Christian conservative law firm Liberty Counsel, Staver fulminated against same-sex marriage as contrary to the "natural, created order," and vowed never to recognize gay unions as legitimate.

"I know from the natural, created order God made male and female — mom and dad, husbands and wives — as the first foundation of family. And I don’t care if it’s a nine to zero, whatever to zero, whatever decision it is. They can’t change that. And they won’t change that," he told the group. "And if they come out with a decision that is contrary to God’s natural, created order, I personally will advocate disobedience to it. I will advocate disobedience to it, and collectively, we cannot respect that as the rule of law."

And then he opted to get Godwin-y.

"You also have to be ready to pay the consequences, because the civil government wrath is going to be poured out on you. But as a believer, you cannot obey something that is contrary to God's law. And we would easily say, well, what would happen if the government forced you turn over a Jew in Nazi Germany? All of us would say we wouldn't do that, we wouldn't listen to that. Well, we're about ready to walk into the moment," Staver said.

The rantings of a fringe figure? Not quite: Staver has been a fixture on Fox News, serving as a spokesman for the religious right, and he enjoys a close relationship with Mike Huckabee, a potential 2016 presidential candidate. Last year, Staver testified before Congress to defend so-called conversion therapy, a discredited practice whereby therapists purportedly turn gay patients straight. He also used the opportunity to advocate the right of individuals and businesses to refuse services to gay people.

Watch his latest instance of anti-gay lunacy below, via Right Wing Watch: