"Ugh, that is terrible TV" 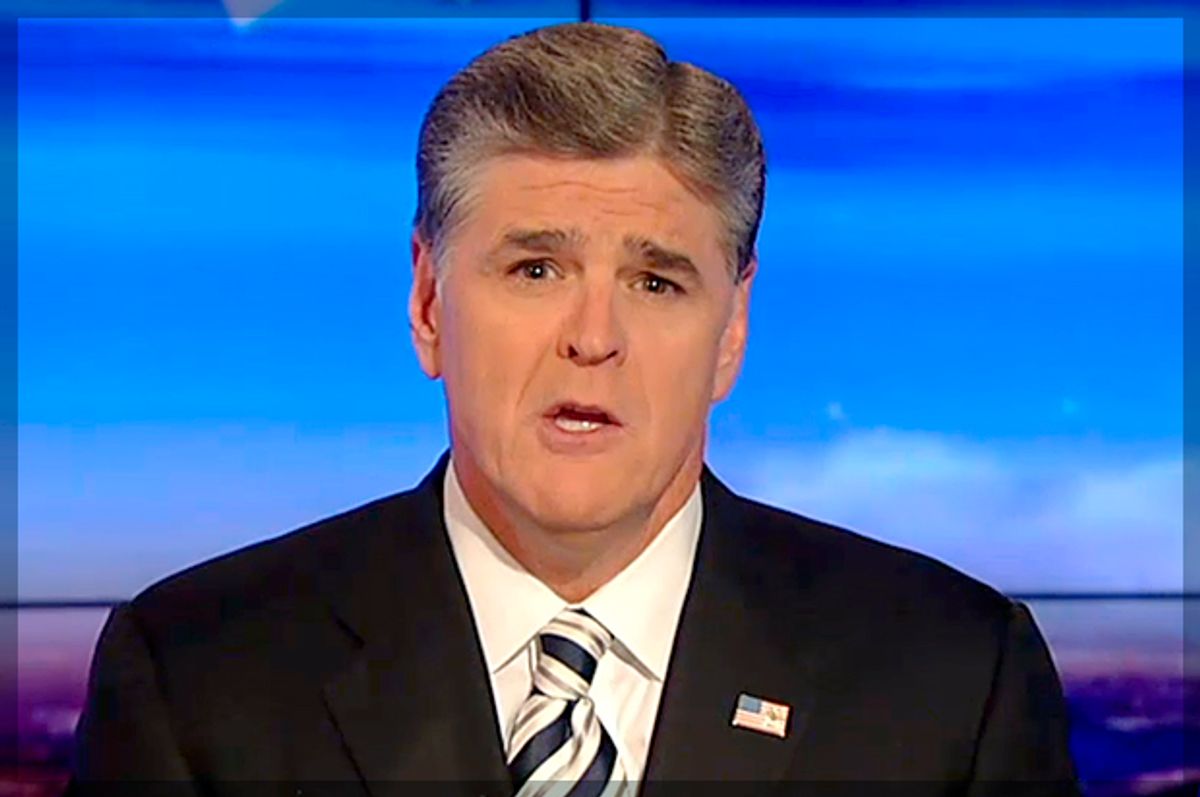 Fox News host Sean Hannity interviewed a protester from Ferguson, Mo., last night to discuss the recent shooting of two area cops. The demonstrator, named Ivory Ned, immediately said the shot did not come from the crowd and then said that cops getting shot was a pretty clear reaction to the death of Michael Brown last summer.

"No, you should be saying it's wrong," said Hannity, who then listed Brown's indiscretions which, in Hannity's eyes, led to his death. "I think the story is you shouldn't act that way and you shouldn't be shooting cops. I don't hear you saying that, why not?"

"I'm sure you didn't read the 87-page report from Eric Holder's Justice Department," Hannity continued. After reading portions of the report, he said, "Let me translate that to you."

Hannity's correspondent in Ferguson later interviewed a demonstrator who said she "didn't feel anything" when she saw the police officers get shot.

The host then returned to his in-studio guest, Missouri Lt. Governor Peter Kinder who said, "Ugh, that is terrible TV."