Police: Attacker aimed to kill US envoy over military drills 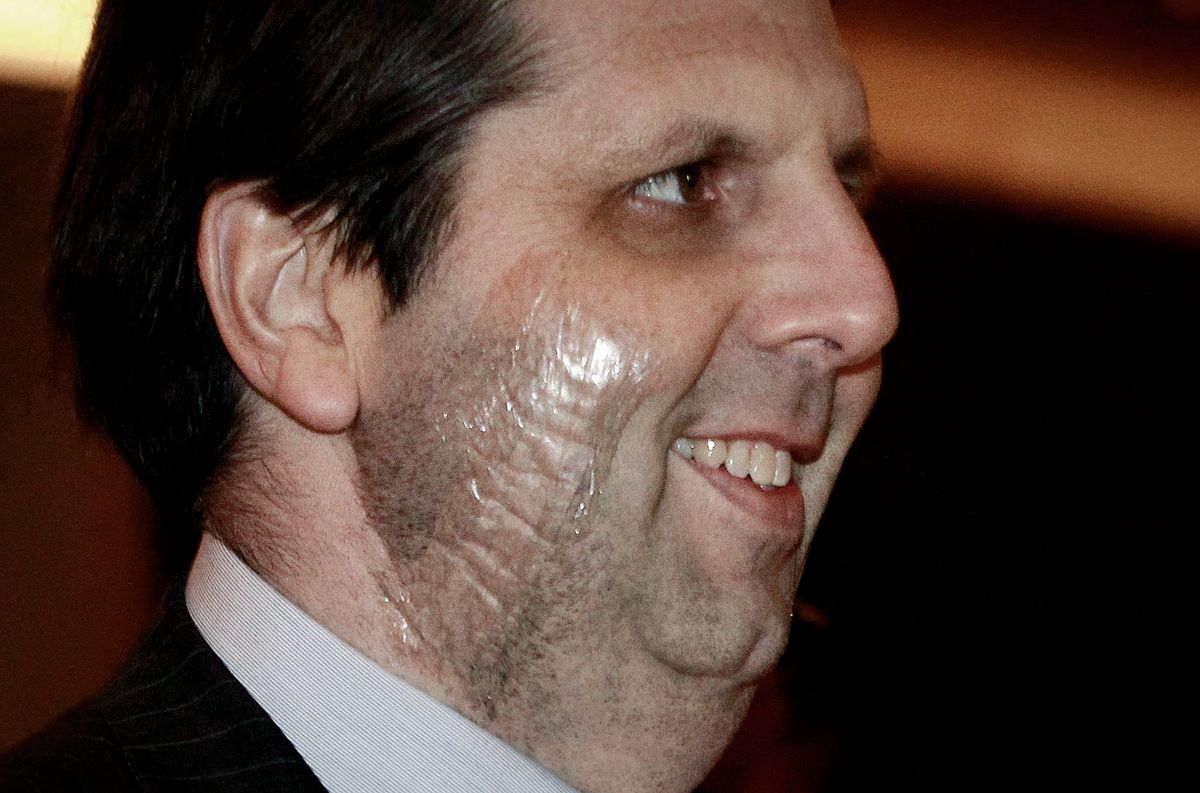 The suspect, Kim Ki-jong, could face charges of attempted murder, assaulting a foreign envoy and obstruction as his case has been sent to prosecutors for possible indictment, senior Seoul police officer Kim Chul-jun said in a televised briefing.

Police say Kim Ki-jong attacked Lippert with a knife during a breakfast forum last Thursday that left deep gashes on the envoy's face and arm. Lippert left a South Korean hospital Tuesday where doctors closed an 11-centimeter (4-inch) wound on his face and operated on his left arm to repair damaged tendons and nerves.

Kim Ki-jong has told investigators he had no intention of killing Lippert and only tried to hurt him, according to police. But police believe Kim attempted to kill the ambassador because he knifed Lippert more than twice with a force that was enough to penetrate the envoy's arm as he tried to block the attack, police officer Kim Chul-jun said.

Police believe Kim's anti-U.S., pro-North Korea views are believed to have led him to taken an "extreme action" on the U.S. ambassador, Kim Chul-jun said.

During questioning, Kim Ki-jong said South Korea is a semi-colony of the U.S. and North Korea has an independent, self-reliant government, Kim Chul-jun said. Shortly after his arrest, Kim Ki-jong shouted that the U.S.-South Korea war games are an obstacle against a Korean unification, he said.

The South Korean-U.S. springtime training is a source of tension, with North Korea describing it as a rehearsal for an invasion. Seoul and Washington say their annual exercises are defensive in nature. Earlier this month, the North's army threatened to launch unspecified "merciless strikes" against the allies in protest of the drills.

Kim chose Lippert as a target because he considered him "a symbolic figure who represents the U.S." and his computer records show that he searched Lippert's blog, articles on the military drills and South Korean criminal law, according to police.

Police said they were investigating whether Kim Ki-jong violated an anti-Pyongyang security law after finding that some of the books found at his home supported North Korea. Police said Kim visited North Korea seven times on South Korean government-approved trips between 1999 and 2007, during a previous era of inter-Korean reconciliation.

Kim has said during questioning he acted alone but police said they are looking into whether there were any accomplices.

The U.S., which fought alongside South Korea during the 1950-53 Korean War, stations about 28,500 troops as deterrence against potential aggression from North Korea.