"We're that chronically ill," we no longer recognize corruption 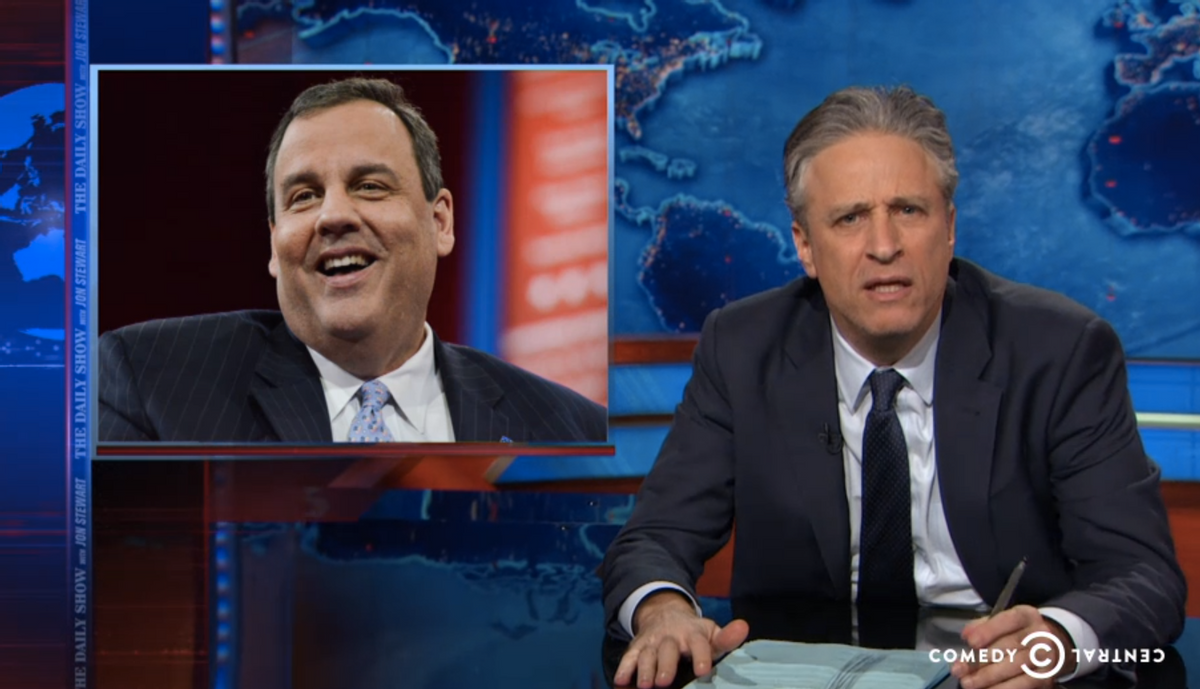 Last night Jon Stewart slammed Governor Chris Christie for the favorable-to-Exxon settlement his lawyers cut with Exxon over environmental damage to New Jersey. "The Daily Show" host also ripped into the governor for using the bulk of the money to fill in budget gaps not for environmental cleanup.

Stewart was bipartisan in his calling out shady political deals; he also ripped into New Jersey Senator Robert Menendez, who is reportedly set to be indicted on corruption charges. And he didn't stop there, Stewart railed against the entrenched power of PACs and lobby groups for trading money for influence. Watch below:

(CORRECTION: This post originally stated that Sen. Robert Menendez has been indicted on corruption charges. Though reports state that the senator will soon be indicted on such charges, no indictment has yet been handed down. Salon regrets the error.)