"Thanks, Obama!": POTUS reads mean tweets about himself on "Jimmy Kimmel" 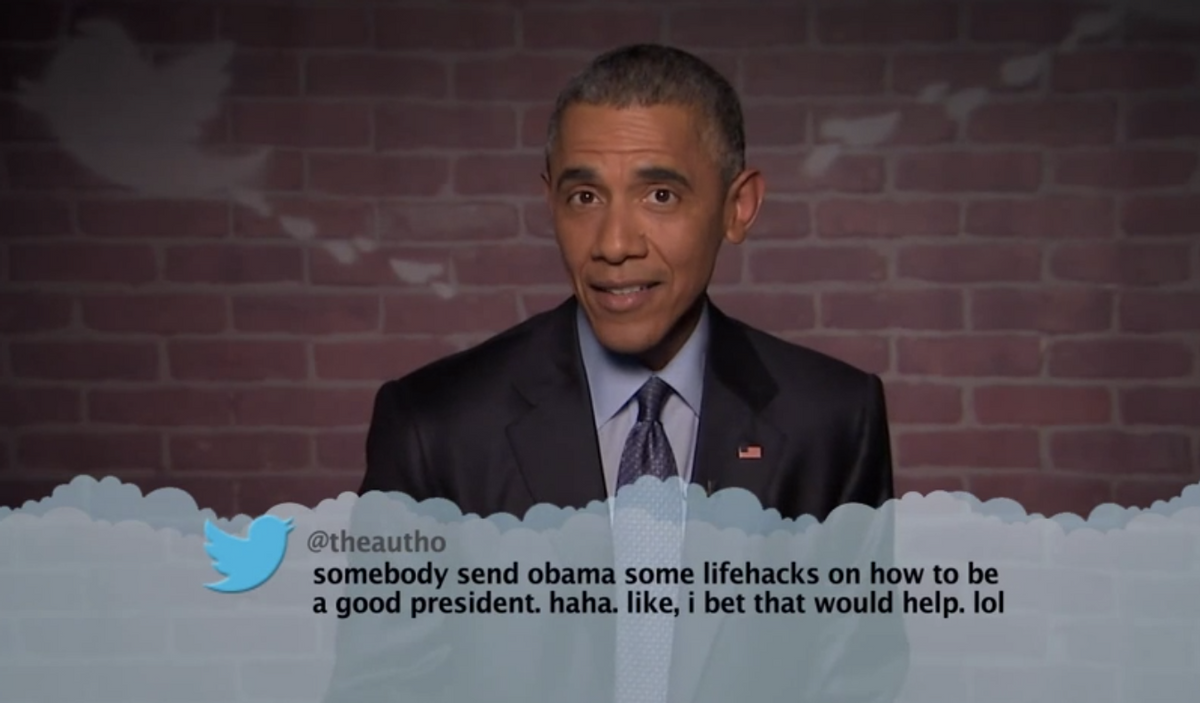 During President Barack Obama's truly bizarre appearance on Jimmy Kimmel Live Thursday Night -- which pivoted from topics like Ferguson to Kanye West to Hillary's emails --  the leader of the free world proved he wasn't above a good ol' #meantweets segment.

"From time to time, we give celebrities a chance to read some of the mean things people tweet about them, and tonight, we extended that same courtesy to our commander in chief," Kimmel said, before passing the baton that celebs like Lena Dunham and Chris Pratt have previously plucked.

Among the mean tweets, Obama read aloud: "Obama's hair is looking grayer these days. Can't imagine why since he doesn't seem to be one bit worried about all that's going on."

Of course, some viewers weren't thrilled about the appearance and questioned the president's priorities:

According to Variety, Obama is "the first sitting president to make an in-studio guest appearance on a late-night talk show." Since 2009, he's hit up all the major late-night programs: “Late Night With Jimmy Fallon,” “The Daily Show with Jon Stewart," “The Colbert Report" and the “Late Show with David Letterman.”