Lawsuits, smear campaigns and death threats are just a few of the tactics its members have been known to employ 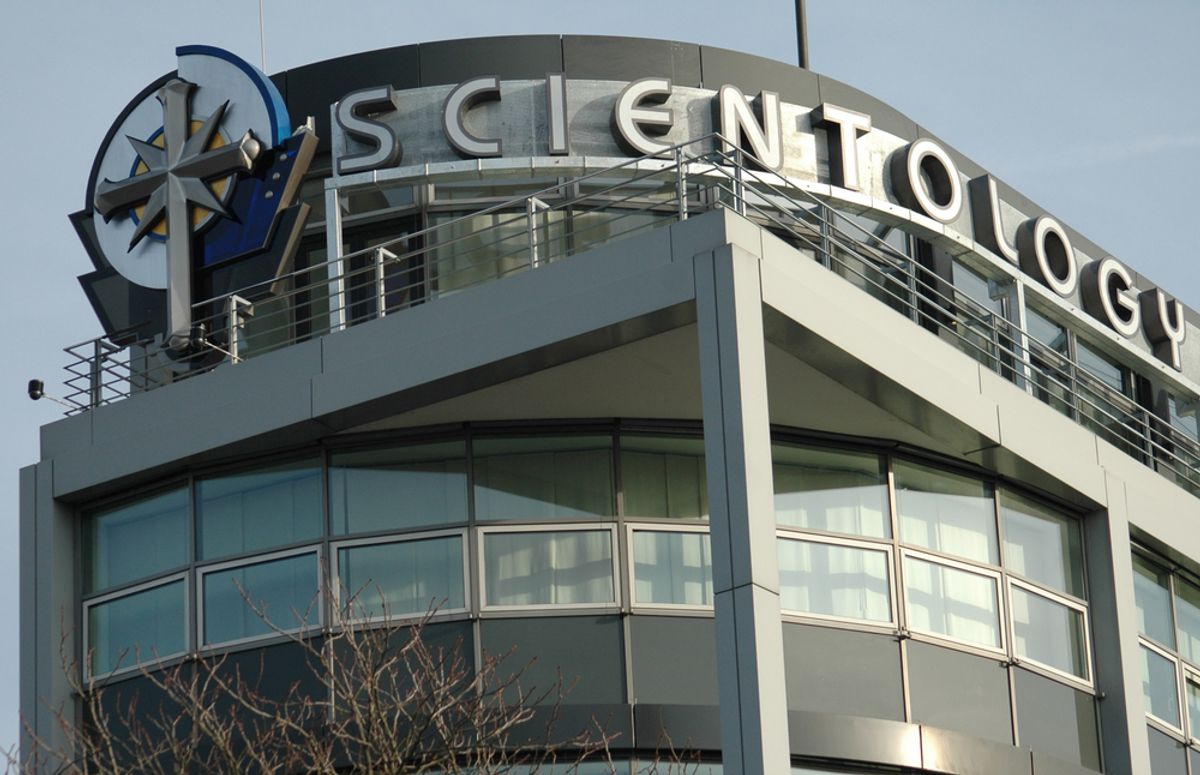 The HBO documentary Going Clear, an investigation inside the Church of Scientology, premieres on March 29. Unsurprisingly, the organization refused to cooperate with the film’s directors. Sheila Nevins, president of HBO Documentary Films told the Hollywood Reporter that the network had 160 lawyers look at the film due to fears of backlash from the church (which some consider a cult). Her concern is well-founded given that Scientology has always used fear tactics to squash critics.

The Church’s modus operandi stems from a policy called “fair game," which states: An enemy of Scientology, referred to as a suppressive person (SP), “may be deprived of property or injured by any means by any Scientologist without any discipline of the Scientologist. May be tricked, sued or lied to or destroyed.”

Back in the day before the Internet publicized the secrets of Planet Xenu, Scientology relied on lawsuits to intimidate its detractors. Between 1991 and 1996, John Travolta’s religion filed more than 50 lawsuits against the Cult Awareness Network (CAN),eventually forcing it into bankruptcy. The Church then bought its name and assets in bankruptcy proceedings and used CAN as the title of an unrelated organization.

These tactics trickle down from L. Ron Hubbard. In a 1966 policy letter, the author and founder of Scientology instructed his followers on the proper procedure for handling investigations.

1. Spot who is attacking us.
2. Start investigating them promptly for FELONIES or worse using own professionals, not outside agencies.
3. Double curve our reply by saying we welcome an investigation of them.
4. Start feeding lurid, blood sex crime actual evidence on the attackers to the press.
5. Don't ever tamely submit to an investigation of us. Make it rough, rough on attackers all the way.

Vicki Aznaran, a former church leader, stated in an affidavit that: “throughout my presidency of RTC, fair game actions against enemies were commonplace. In addition to the litigation tactics described below, fair game activities included burglaries, assaults, disruptions of enemies’ businesses, spying, harassive [sic] investigations, abuse of confidential communications in parishioner files and so on.”

As Aznaran’s testimony suggests, the organization routinely uses legal action and its immense financial resources to harass and cause professional ruin. We can only imagine what its reaction will be to HBO’s Going Clear. Until then, here is a brief history of some of the shocking fear tactics the church has used against its critics.

In the classic 2005 South Park episode “Trapped in a Closet,” creators Matt Stone and Trey Parker take on Tom Cruise, John Travolta, and the entire philosophy behind the Planet Xenu cult. The South Park creators became targets of Corporate Scientology’s OSA Operations as they attempted to squash the episode and ruin the creative duo. The results of their investigation, which involved extensive surveillance of Stone and Parker, were leaked to the Village Voice. Through informants, private investigators, and public records, the organization searched for "vulnerabilities" in the pair's personal and business lives.

Scientologist Isaac Hayes, who played the character Chef on the show, promptly quit over the controversy. In his parting statement, Hayes said, "There is a place in this world for satire, but there is a time when satire ends and intolerance and bigotry towards religious beliefs of others begins. Religious beliefs are sacred to people, and at all times should be respected and honored. As a civil rights activist of the past 40 years, I cannot support a show that disrespects those beliefs and practices.”

In 1990, Joel Sappell and Robert Welkos wrote a groundbreaking series on Scientology for the Los Angeles Times. After the series appeared, the church struck back. The Sea Org-ers purchased space on 120 billboards and 1,000 bus placards around Los Angeles, publishing ads featuring the journalists’ bylines, the newspaper’s name, and context-free quotes from their articles that made it seem as if their series was actually endorsing Scientology.

On a personal front, private investigators were hired by the church to obtain Sappell and Welkos’ financial records, phone records, and other data. Welkos received an envelope at his home from a mortuary; inside was a brochure trumpeting the benefits of arranging your funeral before you die that read, "Investigate the pre-arrangement program at our memorial park now. You'll be glad you did, and so will your family."

Welkos telephoned the mortuary, which assured him it never sends out unsolicited material. A few days later, more funeral brochures were delivered to Welkos’ home.

In 1991, Time magazine published a cover story about Scientology called “The Thriving Cult of Greed and Power.” According to associate editor Richard Behar, "At least 10 attorneys and six private detectives were unleashed by Scientology and its followers in an effort to threaten, harass, and discredit me."

Private investigators contacted Behar’s acquaintances and neighbors in an effort to dig up dirt on him. A copy of his personal credit report, detailed bank information, home mortgage, credit card payments, home address, and Social Security number were illegally retrieved from a national credit bureau.

The organization went even further, spending over $3 million to run daily ads in USA Today. One Scientology-sponsored ad claimed that Time once supported Adolf Hitler and his Nazi regime. The church also used a tactic called “dead agenting,” mailing out thousands of copies of an 80-page booklet titled "Fact vs. Fiction" in an attempt to correct the “falsehoods" in the Time article.

Stephen Koff investigated L. Ron Hubbard’s church in 1988 for Florida’s St. Petersburg Times. While working on his story in Los Angeles, Koff began receiving calls from people who claimed to work for credit card companies, asking for his personal information. He was led to believe that a private investigator had accessed his credit report. His wife began receiving obscene late-night calls from strangers. Then the creepiness really took hold: one week after his series appeared, Koff noticed a man in a parked car was watching his home. Through police sources, Koff learned that the car had been rented by a private investigator.

When the St. Petersburg Times planned to run a review of a biography critical of Hubbard, it received a letter from a church attorney threatening a lawsuit that read: "We have evidence that your paper has a deep-seated bias against the Church and that you intend to hit the Church hard with this review. If you forward one of his lies you will find yourself in court facing not only libel and slander charges, but also charges for conspiracy to violate civil rights. If you publish anything at all on it, you may still find yourself defending charges in court in light of what we know about your intentions. We know a whole lot more about your institution and motives than you think."

The newspaper published both the review and the attorney’s letter.

From 1989 to 1992, theNewkirk Herald Journal, a small weekly paper in Oklahoma, began publishing biting editorials criticizing Scientology. At the time, the church was building a huge drug rehab center on a nearby Indian reservation. Soon after, publisher Robert W. Lobsinger began receiving visits by private investigators.

Lobsinger recalled that one investigator "went to the sheriff's office poking around wanting all the terrible bad criminal history on me, my wife, and kids. Of course, there isn't any. He wandered around town talking to everybody else trying to get the goods on me. They sent him down with a full-page ad to run in my paper and a handful of hundred dollar bills to buy this ad. Of course, the ad was a condemnation of me for exposing Scientology and insinuating that I was obviously a drug dealer and was a terrible bad guy.”

Instead of putting an ad in Lobsinger’s paper, Scientologists took out an ad in a daily paper 15 miles away and mailed the ad to Newkirk's 2,500 residents.

In 1972, New York author Paulette Cooper wrote a scathing book on the church called The Scandal of Scientology. Cooper became the target of lawsuits and the victim of an intensive harassment campaign known as Operation Freakout. The end goal of the campaign was to have Cooper institutionalized, or at the very least to ruin her reputation and force her to retract her critiques.

The church sent itself forged bomb threats using Cooper’s typewriter and paper with her fingerprints on it, insisting to authorities that Cooper was behind them. On May 9, 1973, she was indicted on charges of making bomb threats against the church. The scheme was exposed when the FBI raided the church’s offices and recovered documents relating to the operation. In 1985, the church finally agreed to an out-of-court settlement.