The darkest corner of the Internet: How Reddit became a haven for vile hate speech 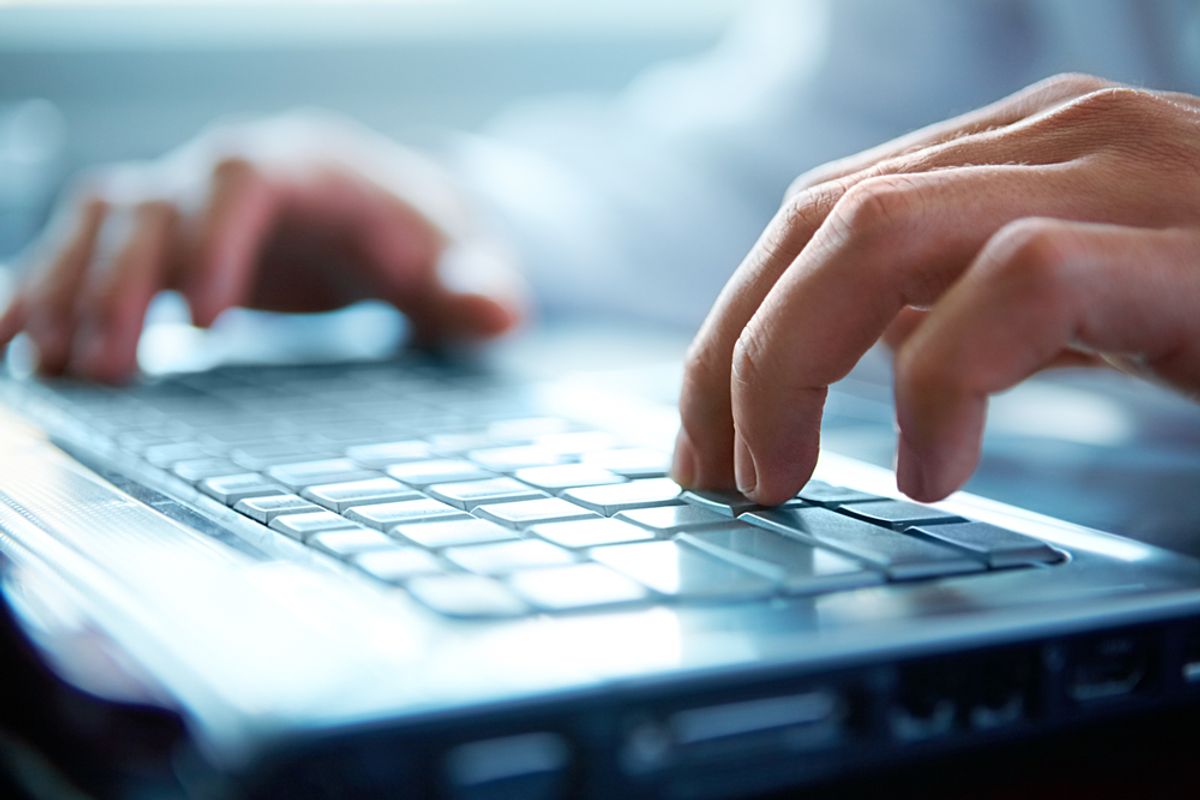 One section of the Web forum is dedicated to watching black men die, while another is called “CoonTown” and features users wondering if there are any states left that are “n*gger free.” One conversation focuses on the state of being “Negro Free,” while another is about how best to bring attention to the assertion that black people are more prone to commit sexual assaults than whites.

But these discussions aren’t happening on Stormfront, which since its founding in 1995 by a former Alabama Klan leader has been the largest hate forum on the Web. They’re taking place on Reddit, a huge online bulletin board owned by mass media giant Condé Nast, which also owns Vanity Fair, The New Yorker and 20 other print and online publications that reach an estimated 95 million consumers. Reddit has been hailed as the last bastion of free speech on the Internet, an unregulated and vibrant community of users who post whatever they want and rely on the community around them to police their content.

The world of online hate, long dominated by website forums like Stormfront and its smaller neo-Nazi rival Vanguard News Network (VNN), has found a new — and wildly popular — home on the Internet. Reddit boasts the 9th highest Alexa Internet traffic ranking in the United States and the 36th worldwide. Many of Reddit’s racist subreddits are among its most popular.

Reddit is a news site that hosts user-submitted links and discussion, organized into specific communities of interest comprised of “subreddits,” which are ranked by votes from users. If a reader believes content is a constructive contribution, he or she can “upvote” it, pushing the content further up the page. Conversely, if a user thinks that content is either off-topic or is not constructive, it can be “downvoted,” causing it to sink further down the page.

Content on Reddit is “moderated based on quality, not opinion,” according to the working document that dictates community guidelines, called “Reddiquette.” This idea of user-policed communities that contain high-quality, diverse content is part of the ethos Reddit has worked hard to project. “We power awesome communities,” reads the graphic atop its “about” page.

But awesome communities for whom?

Along with countless others with entirely different interests, Reddit increasingly is providing a home for anti-black racists — and some of the most virulent and violent propaganda around. In November 2013, a hyper-racist subreddit called “GreatApes” was formed. Users posted epithet-strewn links to “news” stories of dubious origin that riffed on long established stereotypes about the black community. GreatApes was wildly popular and grew quickly, expanding into a much larger Reddit network called “the Chimpire,” which was organized by a user known only by his or her posting name of “Jewish_NeoCon2.”

“We feel it’s time to expand our sphere of influence and lebensraum [the Nazi term for “living space”] on reddit. Thus we have decided to create ‘the Chimpire,’ a network of n*gger related subreddits,” Jewish_NeoCon2 wrote at the time. “Want to read people’s experiences with n*ggers? There now is an affiliated subreddit for it. Want to watch chimp nature documentaries? We got it. Nigger hate facts? IT’S THERE. … Oh yes you bet we got videos of ghetto n*ggers fighting each other. N*gger drama on reddit? There’s a sub. Sheboons? Gibsmedat.”

Within a year, the Chimpire network had grown to include 46 active subreddits spanning an alarming range of racist topics, including “Teenapers,” “ApeWrangling,” “Detoilet,” and “Chicongo,” along with subreddits for both “TrayvonMartin” and “ferguson,” each of them dealing with the controversial and highly publicized shooting deaths of unarmed black teenagers.

Then, last November, Reddit’s most racist community evolved once again, adding the subreddit called CoonTown in the aftermath of a dispute between several top moderators at GreatApes. In just four days, CoonTown had reached 1,000 subscribers. And its popularity continues to grow.

According to Reddit Metrics, as of Jan. 6, there were 552,829 subreddits. CoonTown, with its 3,287 subscribers, ranked 6,279th, placing it in the top 2% of subreddits. It is the 680th fastest-growing subreddit on the site despite — or because of — violently racist material including a large number of threads dedicated to videos of black-on-black violence.

These gruesome videos show black men being hit in the head repeatedly with a hammer, burned alive, and killed in a variety of other ways. The subreddit’s banner features a cartoon of a black man hanging, complete with a Klansman in the background. One fairly typical user, “Bustatruggalo” applauded the graphic violence as “[v]ery educational and entertaining.” He or she continued on a separate thread: “I almost feel bad for letting an image like this fill me with an overwhelming amount of joy. Almost….”

Others, like user “natchil,” were looking for still more. “Where is watchjewsdie?” this user wondered.

There are some limits.

Everything up to violence, however, is very much there, including the horrific content found on other Chimpire subreddits like “WatchN*ggersDie” — content which is rarely, if ever, matched on forums like Stormfront and VNN, which worry about being shut down or driving off potential allies.

That’s despite the Reddiquette section’s first rule, which implores Reddit users to “Remember the human.” “When you communicate online, all you see is a computer screen,” it says. “When talking to someone you might want to ask yourself ‘Would I say it to the person’s face?’ or ‘Would I get jumped if I said this to a buddy?’”

If Reddit’s rules seem relaxed, that’s because they are meant to be. Still, although users are asked to “remember the human,” there is little humanity in the way the subjects of subreddits like CoonTown are treated.

In June 2013, however, after an extended, public controversy, Reddit did ban the subreddit “N*ggers” when large numbers of its denizens began overrunning another subreddit, “BlackGirls,” with racist posts that were apparently not being policed by its moderators. “Brigading” — when large groups of people from one subreddit gang up to downvote comments on another subreddit that they don’t normally visit — is prohibited by Reddit. Users of the N*ggers subreddit also engaged in “vote manipulation,” which falsely raises the popularity of a post by soliciting like-minded users to blindly upvote it. After repeated warnings and “shadow-banning,” or making a user’s posts invisible to everyone but the author, the subreddit was finally banned. According to Jewish_NeoCon2, more than a few former members of the N*ggers subreddit have now taken up residence at CoonTown.

A Reluctance to Intervene

Condé Nast, one of the largest mass media companies in the United States, acquired Reddit in 2006, although the Internet company still operates independently. The stability of such a well-established and respected media firm, as well as the funding of many high-profile investors, including a $50 million investment from the rapper Snoop Lion this October, appears to guarantee Reddit’s future.

A request for comment on the Chimpire was directed to Patricia Rockenwagner, a member of Condé Nast’s public relations department, but she referred it to Victoria Taylor, Reddit’s head of communications. Taylor did not respond to requests for comment.

Last year, however, Yishan Wong, Reddit’s CEO, took to the subreddit “TheoryofReddit,” to explain that Reddit was in the red. He revealed that in exchange for its relative operational independence from Condé Nast, the site was responsible for its own bills. The site’s goal, according to Wong, is to pay its own way and its primary engine for accomplishing that is through ads, a premium subscription option, and the Reddit gift exchange.

Racist websites and organizations do sometimes benefit from racist subreddits like the Chimpire. That’s because subreddit users often post links to other racist sites, and those links drive traffic to those other sites, which in turn typically sell merchandise in addition to pushing racist ideology and recruiting.

It’s hard to dispute that Reddit does offer a venue for remarkably lively and unbridled conversation, and that dissident commentary that might not be tolerated elsewhere finds a welcome home there. Richard Spencer, a racist ideologue who heads the National Policy Institute, held an “AMA” (Ask Me Anything) session on Reddit last November, and although his views are widely regarded as loathsome, he was calm and understated in his discussion of far-right European politics. Unlike in WatchN*ggersDie, there were no links to videos of brutal killings or other visual images meant to degrade the humanity of minorities.

Reddit is often hailed as one of the last bastions of truly free speech, and its owners’ hesitance to jeopardize that status is understandable given the loyal following it has inspired. Reddit has removed content that has been illegally appropriated from commercial interests, such as the revelations that emerged from the November hack of Sony Pictures Entertainment.

The Internet is awash in racist, anti-Semitic, misogynistic and other hateful content, but much of it is relatively tame. Subreddits such the Chimpire offer a window on to just how awful some of the darkest corners of the Web really are.