Netanyahu locks up the vote of every Texas Ranger 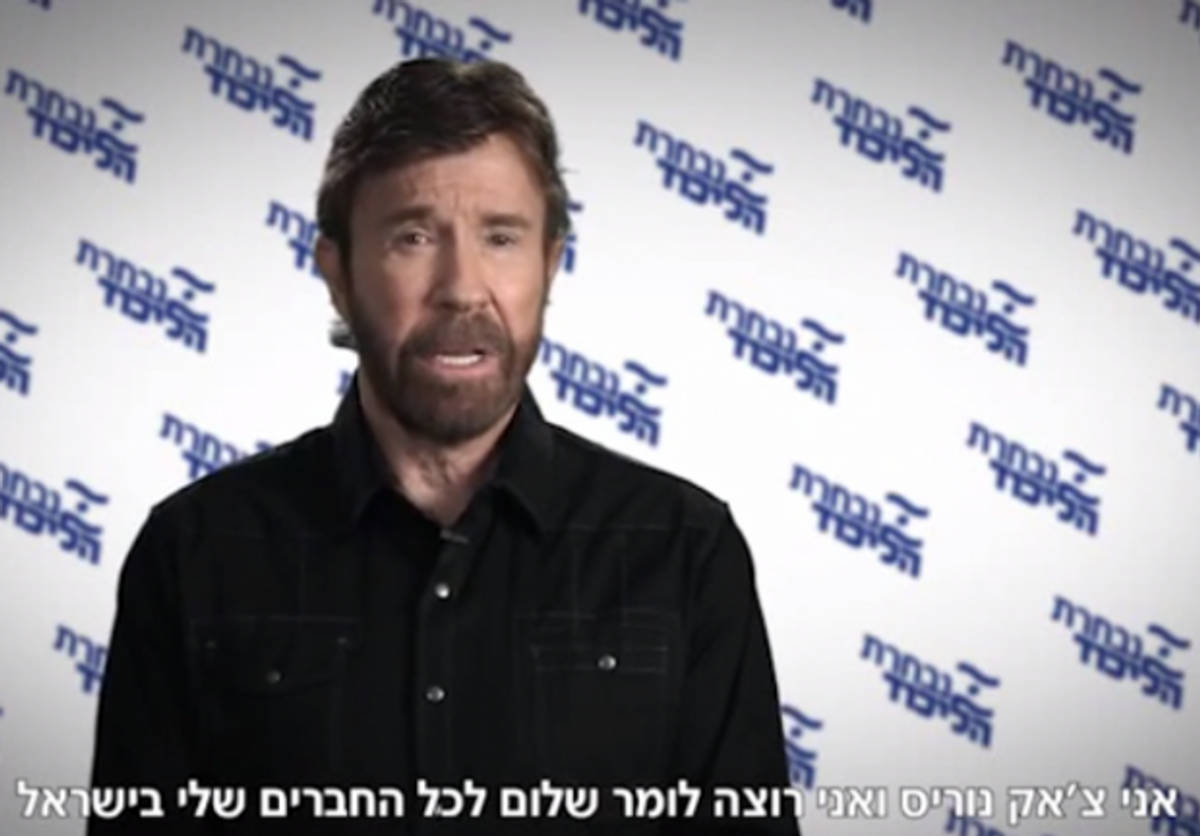 “I watched Prime Minister Netanyahu’s speech before Congress, and I saw a man who loves his country with all his heart and soul," a subdued Morris says in the video, which he posted to his own YouTube account.

The martial artist goes on to implore Israeli viewers that Israel's future hinges on Netanyahu's staying in power.

“I have done three movies in Israel, Delta Force being my favorite, and I formed many friendships while there," Norris says. "You have an incredible country, and we want to keep it that way.”

"Thank you for listening to me," he concludes, presumptuously.

Perhaps Norris' video will help Netanyahu lock up the support of Chun Kuk Do enthusiasts, but Norris' support is no guarantee of political success. In 2007, Norris appeared in an ad supporting GOP presidential hopeful Mike Huckabee, hailing the ex-Arkansas governor as a "principled, authentic conservative." Huckabee went on to lose the GOP nomination to John McCain.