"The Jinx" bombshell and our uneasy relationship with doubt: Even in a post- "Serial" world, we still want all the answers 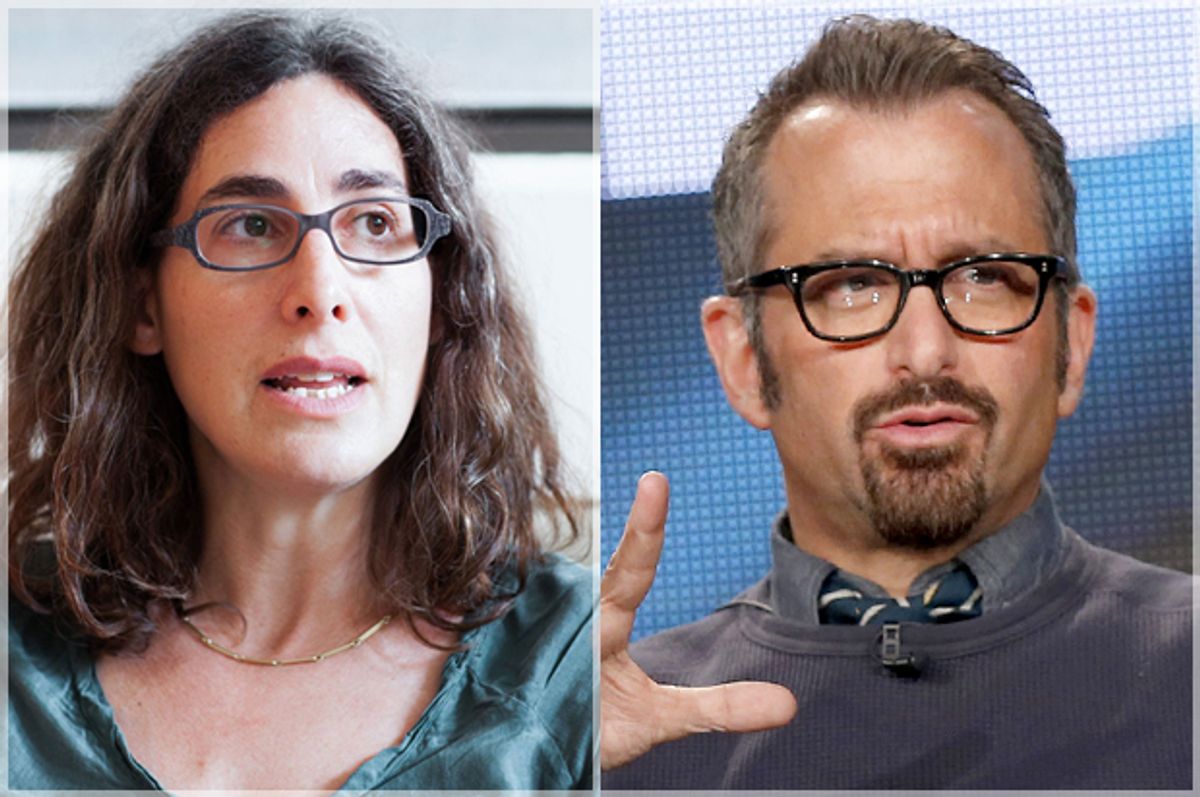 HBO's docu-series “The Jinx” and WBEZ's public radio podcast “Serial” have a lot in common — both are investigations into decades-old murder cases built around a singularly compelling protagonist, a cipher tailed by an intrepid reporter (documentary filmmaker Andrew Jarecki for "The Jinx," "This American Life" producer/reporter Sarah Koenig for "Serial") whose methods blur the boundaries of conventional objective reporting. And they are part of a recent boom in true crime storytelling that has ignited the cultural imagination, with critics everywhere from Grantland to The New Yorker to The Atlantic holding up these two programs as the vanguard of a new kind of storytelling.

Yet with last night's finale of "The Jinx," suddenly the endless comparisons to "Serial" took on a more negative slant. Because in the finale, Jarecki — unlike Koenig — actually got his man.

While people were disappointed with how “Serial” ended on an inconclusive note, most certainly didn’t regard the project as a failure. Koenig is still embraced as a cultural hero, and the question of Adnan’s guilt continues to fascinate and tantalize, with the entire enterprise -- including the controversy and conversation around it -- serving as a remarkable cultural monument through which we can collectively explore tough questions about justice, guilt, storytelling and the nature of truth. At some point in Koenig’s narrative, people realized they weren’t going to get all the answers and adjusted their expectations accordingly. It felt like we as a culture were almost taking a step back, agreeing to revel in the nature of ambiguity and accept that there is a certain value to be had in not knowing.

“Serial” became a symbol for the satisfaction of good storytelling, even without a satisfactory ending. As our own Laura Miller wrote about the show's ending, it fulfilled "everything but its fans' most childish desires." As she put it: "So, yeah, this did turn out to be a story about the elusive nature of truth, because you know what? The nature of truth is really fucking elusive: Deal with it.”

There was a similar sort of attitude in the air as critics wrote their “Jinx” post-mortems, leading up to Sunday's finale. All across the web, critics were riffing on the unwritten compact of the new true crime boom: That it's okay not to have the answers, because (at risk of sounding like a greeting card) the journey is as important as the final destination. As Mark Harris wrote in Grantland, “One thing I won’t expect from the show’s finale is clarity, resolution, or closure — and I don’t care. The story of a killing without a conviction, or a wrong unrighted by justice, or a kind of evil that is not particularly explicable, can be its own reward — and in understanding that, 'The Jinx,' like 'Serial,' is offering enthralling proof that when it comes to crime narratives, we’re not always looking for what we think we’re looking for."

Unless what we're looking for is exactly what we think we’re looking for: All The Answers, wrapped up in a neat little bow. And last night, against all odds, we got the big break in the case. Who in their wildest dreams could have expected the way things would go down — a man who evaded the law for three decades, ensnared in the bathroom by his own hot mic? It’s the kind of truth that’s stranger than anything fiction could conjure up: An ending plucked from genre fiction, an improbably perfect resolution in an imperfect world.

In moments like this I think of the particularly improbable discovery in the "Luther" season one finale -- one that has become a shorthand in my mind for this sort of "aha" reveal -- "The gun was in the dog!" Last night, the gun was in the dog. Burping alone into his mic, The Jinx confessed to his crimes: "What did I do? Killed them all, of course."

Of course, Jarecki was exceedingly lucky to get this confession -- the sort of luck a journalist has once in a lifetime -- and it's strikingly rare that an investigation should result in such a conclusive ending. Yet after "The Jinx" aired, people were quick to hold up its ending as a new standard of success, and subsequently to re-evaluate "Serial" a failure by comparison:

Koenig — diligent, intrepid reporter that she is — had no such “aha” moment in her first season of "Serial," no trace of the storybook ending we are so used to popular entertainment serving up for us. Yet the fact that we are retroactively faulting her for not having all the answers suggests that our measured response to “Serial” might have been an anomaly — a rare moment when we were content to take the time and the space, as a culture, to sit back and reflect on the nature of truth — when what we really want is our childish desires fulfilled.

After "Serial" there was a brief moment where we were happy to revel in ambiguity, to follow threads and see where they led for the joy of the pursuit, even if there were no fixed answers at the end. But after this, I don't think we'll ever be content with another "Serial"-type ending. Jarecki's result is not replicable -- but we’re all going to be seething mad if it doesnt happen again.

I can see it now, the Tweet roundup deriding the unsatisfactory ending of whatever turns out to be our next true crime phenomenon: "If Jarecki could do it..."

It's also worth noting that, while there are obvious similarities between the two, there are also notable differences: public radio programs and HBO documentaries don't follow exactly the same form and norms (public radio favors a quiet, measured delivery, for example, while documentaries can span a wider range of tone), and the more-drawn out nature of Koenig's storytelling forced her to respond to viewers as the story went on, while Jarecki could operate more independently (it's unclear to me how much of the film was wrapped before it went to air, but I suspect much). Our culture's tendency to compare everything is dangerous, because it sets up unrealistic standards -- standards that burden journalists with impossible expectations, and that could that dissuade them from taking on ambiguous truth-seeking projects like Adnan's story if they already suspect no clear answer is on hand.

It’s too early to say how the public discourse will proceed in the wake of last night’s reveal. Certainly, there are already a lot of questions that will need to be answered — about Jarecki’s timeline and the ethics behind his reporting, particularly with regards to the the legal investigation that we now know was unfolding in tandem. But I also suspect that the conclusiveness of the ending might result in a narrowing of thought.

In light of the ending of "The Jinx," what we are left to ponder is, "did I see that ending coming, and how?" which closes us off to broader, more interesting types of questions. Would we still be talking about “Serial” as much as we are if Adnan’s guilt had been tied in a neat little bow? I doubt it. In being told that there is no firm answer -- that maybe it was Adnan, maybe it was Jay, maybe some untold scenario we have yet to envision resulted in Hae Min Lee's death — a different level of analysis is called for; more than how and when and where, Syed's story demands we ask ourselves and each other why. Why do we not know? Why are we even listening to and participating in this inconclusive story? Why is this process valuable to us?

There is a certain value to not having all the answers, one that mirrors the uncertainty of life as a whole. As Harris wrote before the finale aired, assuming an ambiguous ending: "We won’t know. We can’t know. But at the end of six hours, these crimes will seem more horrible, and more real, and even less explicable, than they did at the start. That, rather than “closure,” seems like a step in the right direction."

Durst’s unambiguous confession -- assuming that it leads to a conviction, which it very well may not -- is a step in the right direction for justice. How it bodes for the future of storytelling? The jury’s still out on that one.