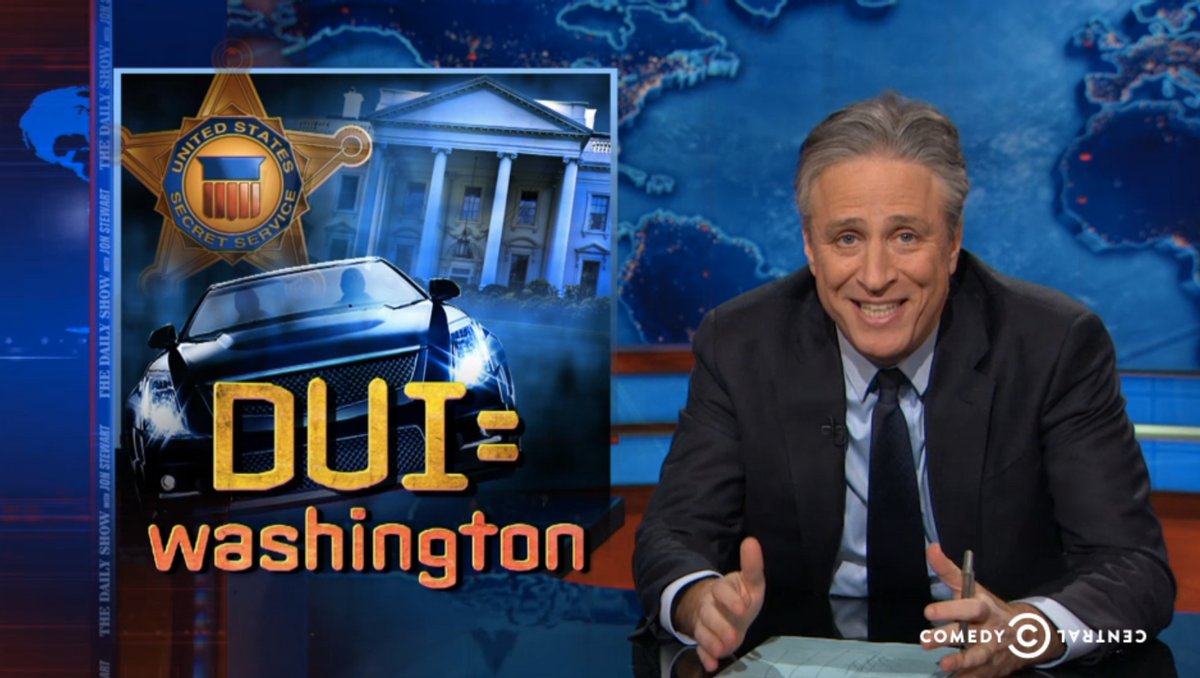 Earlier this month, two senior Secret Service agents drove a government vehicle into a White House barricade after a night of drinking. Despite the string of sensationalist news reports claiming that the agents had literally crashed into the White House (you know -- "White House Down"-style), later reports revealed that that there was no damage to the vehicle to speak of.

Neither party -- the Secret Service agency nor the frenzied news media -- emerged from the events a hero, which is why Stewart staged a double-intervention on "The Daily Show" Monday night. To the Secret Service, Stewart said: "Stop drinking so f**king much. You're better than this, you could be the great agency you once were." Leveling the playing field, Stewart said to the news media, "What, are you f**king drunk? I wish you were drunk. It would explain all of this."

Stewart continued: "All your hyperbole and everything else. I can just imagine the news media in the back all drunk, going ‘Sh*t, what? There was a crash at the White House, dudes doing 80, let’s order a pizza, ah, we’re all f**ked up, give Piers Morgan a show.”