"I killed Jonbenet Ramsey": Robert Durst of "The Jinx" confesses to other crimes in hilarious "Funny or Die" spoof 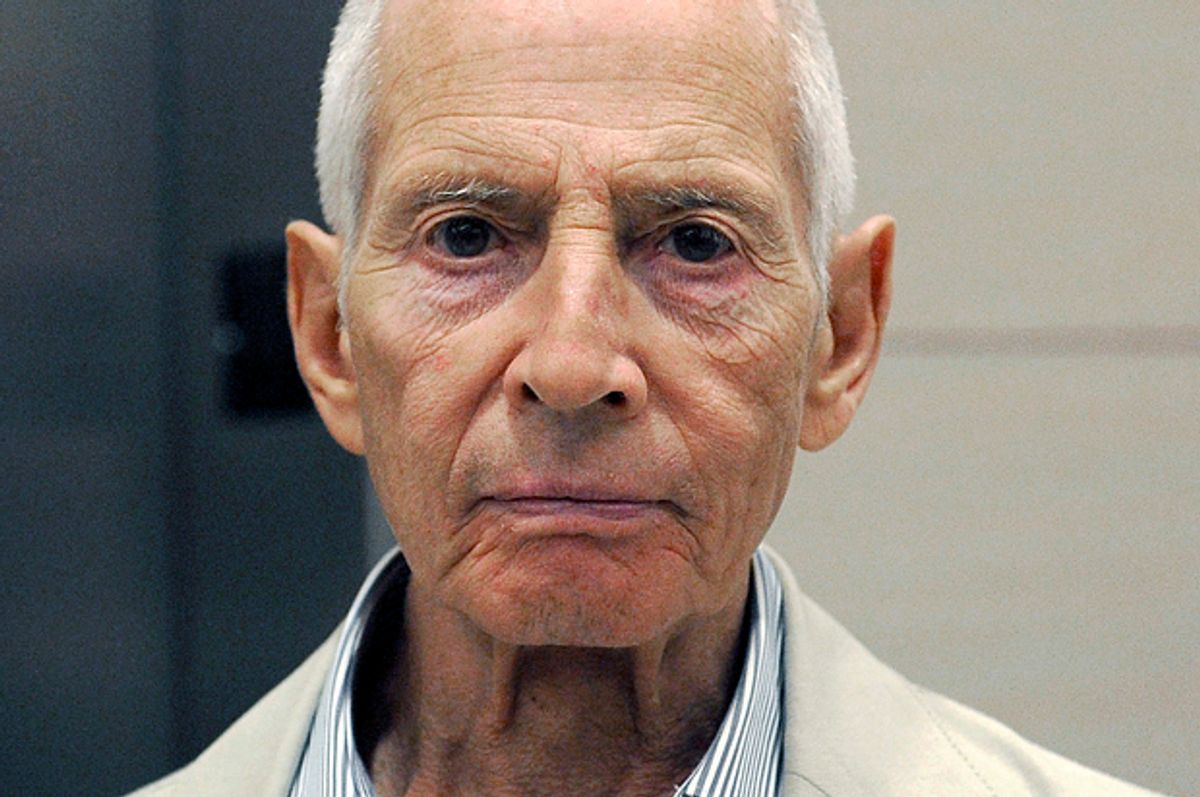 The series finale of HBO's six-part series "The Jinx" aired Sunday. For one full day we attempted to nurse our "Jinx" hangovers and navigate a world devoid of a "Jinx" parody. Fortunately, that all ends today with "Funny or Die's" video of extended Robert Durst audio from the final episode.

The final episode has likely been spoiled for you already if you went on the Internet at any point in the last two days: Robert Durst, not knowing that his mic was still on while using the bathroom, admitted to three murders with the chilling line "Killed them all, of course.” Following that episode, LAPD charged Durst with murder -- claiming that charges in no way coincided with the release of the revealing final episode.

Since murder is especially ripe for comedy ("of course"), "Funny or Die" has gifted us with some other crimes that Durst probably could have also confessed to had he been given a few more minutes alone in that bathroom. Did you know that Durst was Blair Witch? How about that he murdered Jonbenet Ramsey? Blink. Blink.