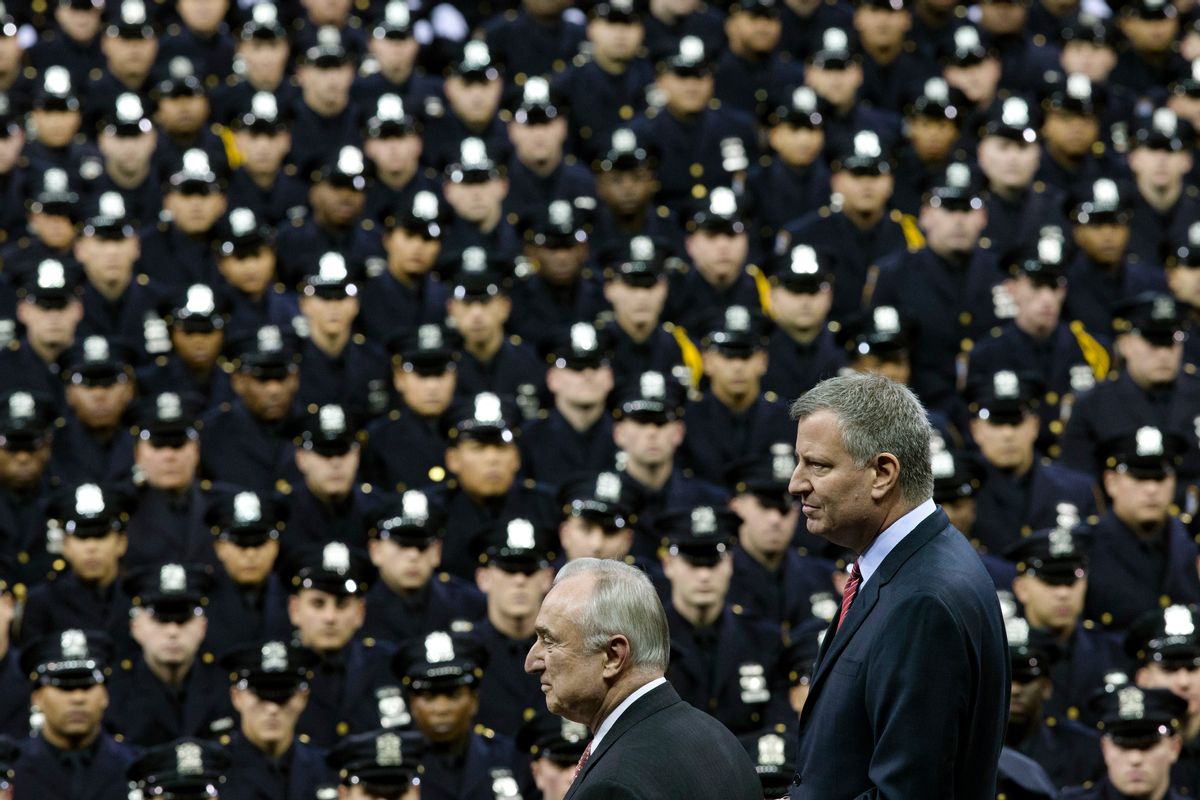 The pair of New York police officers responsible for editing Wikipedia entries on controversial cases of police brutality will not be seriously punished, according to reports from DNA Info. The entries edited include the "Death of Eric Garner," "Sean Bell shooting incident," "Shooting of Amadou Diallo" and "Stop-and-Frisk in New York City."

"Two officers, who have been identified, were using department equipment to access Wikipedia and make entries," said Commissioner Bill Bratton at a press conference on Monday. "I don't anticipate any punishment, quite frankly."

A police source noted that the officers are not in trouble mostly because it is their "First Amendment right" to contribute to the open source website. The only reprimand the cops will receive is for using NYPD computers for personal activities.

The two officers — whose names were not released — do not work in Police Headquarters, and are assigned to two different units from one another, sources said.

They are expected to be spoken to by Internal Affairs Bureau investigators, but barring any additional infractions, sources said they will not face any punishment for what they did to the Wikipedia pages.

Since Wikipedia is a publicly accessed and edited web encyclopedia, it's not inappropriate for NYPD officers or anyone else to visit pages and edit references they believe are technically inaccurate, sources said.

"We are quite clear that when you are using city computers it is supposed to be for city business," said Mayor Bill de Blasio on Monday. "This was not authorized business."