"He'd show me a picture of somebody's vagina": The most insane Charlie Sheen revelations from Jon Cryer's memoir 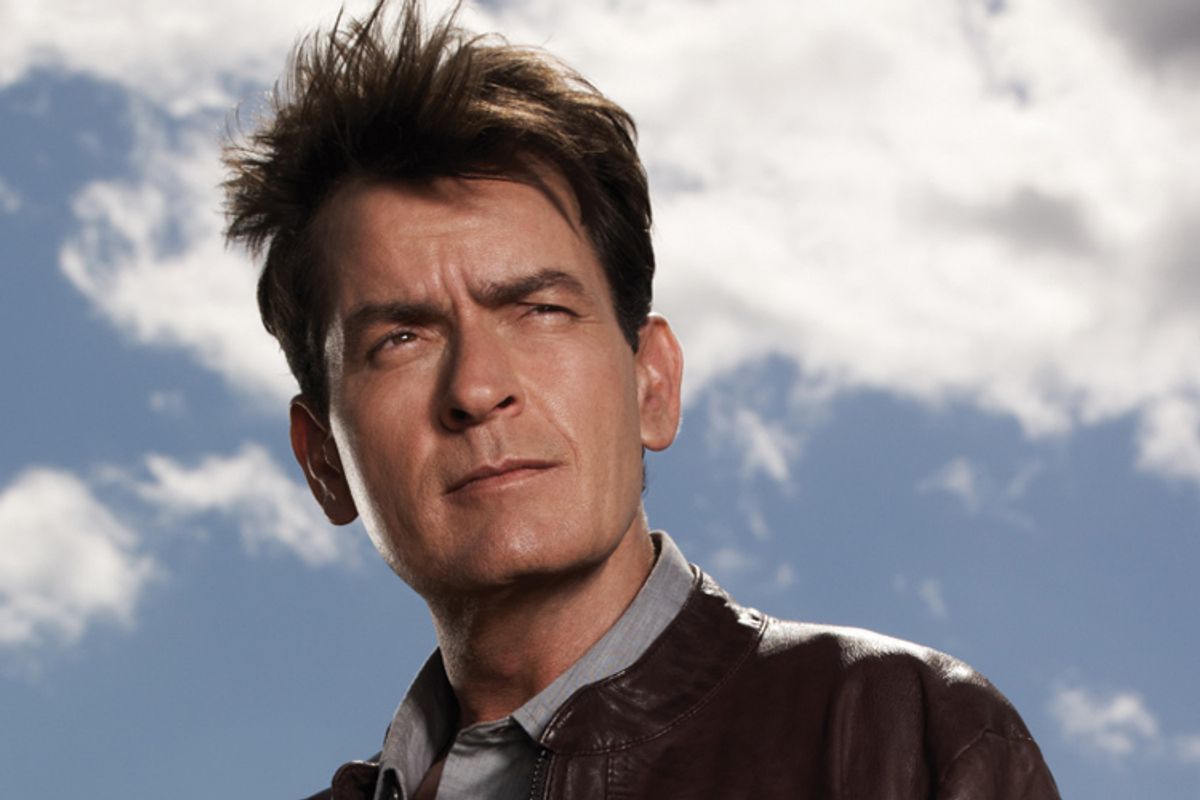 If there is anyone who can speak to the intricacies of Charlie Sheen's manic personality, it's his former "Two and a Half Men" co-star Jon Cryer. The actor, it turns out, had a deep bond with Sheen leading up to his big public meltdown, and saw firsthand -- through woeful text messages and through navigating the world of online prostitution(?) together  -- what type of guy he was. The Hollywood Reporter posted an excerpt Wednesday from Jon Cryer's forthcoming tell-all memoir, "So That Happened" (to be published on April 7, 2015). In it, we learn some pretty wild details. (And here we thought Charlie Sheen left nothing to the imagination!)

Below we've highlighted some of the most outrageous things we learned about from Cryer's account:

Sheen was very experienced with prostitutes, and even had some "prostitution wisdom" to dispense.

"We talked about prostitutes. He'd said publicly that you don't pay prostitutes to come to your house; you pay them to leave. He'd thought this through, obviously."

He had a stash of pictures of vaginas. Just vaginas. Not the rest of the person.

"Then, as if to prove this, he'd show me a picture he'd taken of somebody's vagina. It was always a perfectly nice-looking vagina, but I would invariably think, 'Why just this, and not the rest of the person?'"

"And what do you say in that moment? Thank you for that vagina picture? How long have you been seeing … it? Please tell me she was awake?"

"I tried to gather my train of thought with this new information. 'If I may ask, how did you two break up?'"

"Charlie said, 'Well, I wanted to bring another girl into bed with us, and she was not happy about that.' And then he looked me straight in the eye and with no trace of irony, said, "So heads-up on that." I went home that night and broke up with Stephanie."

"Charlie texted back: Thanks bro. Yikes — f— me, wut a bad day … I'm flying home tonite. I'll try to call over the weekend. Shower rape was bad but the food was okay. Hair and makeup for mug shot got there too late.

None of Sheen's managers knew what they were doing.

"I knew that Charlie, while being a gifted actor and a remarkably smart man, didn't have the slightest f—ing idea how to put on a live stage show, even when he wasn't loaded, but I figured he must have at least one person in his retinue of managers and hangers-on who knew what they were doing. Turns out I was wrong. His first few dates resembled exactly what happens when a bunch of assholes throw money at a drug addict to make him dance like a monkey."

You can read the full excerpt from Hollywood Reporter here.

Charlie Sheen Entertainment Hollywood Reporter Two And A Half Men