If "Louie" is a comedy, so is "Orange Is the New Black": The Emmys still can't figure out funny

It's great that "SNL" no longer competes with "The Daily Show," but the Academy's other comedy rules are baffling 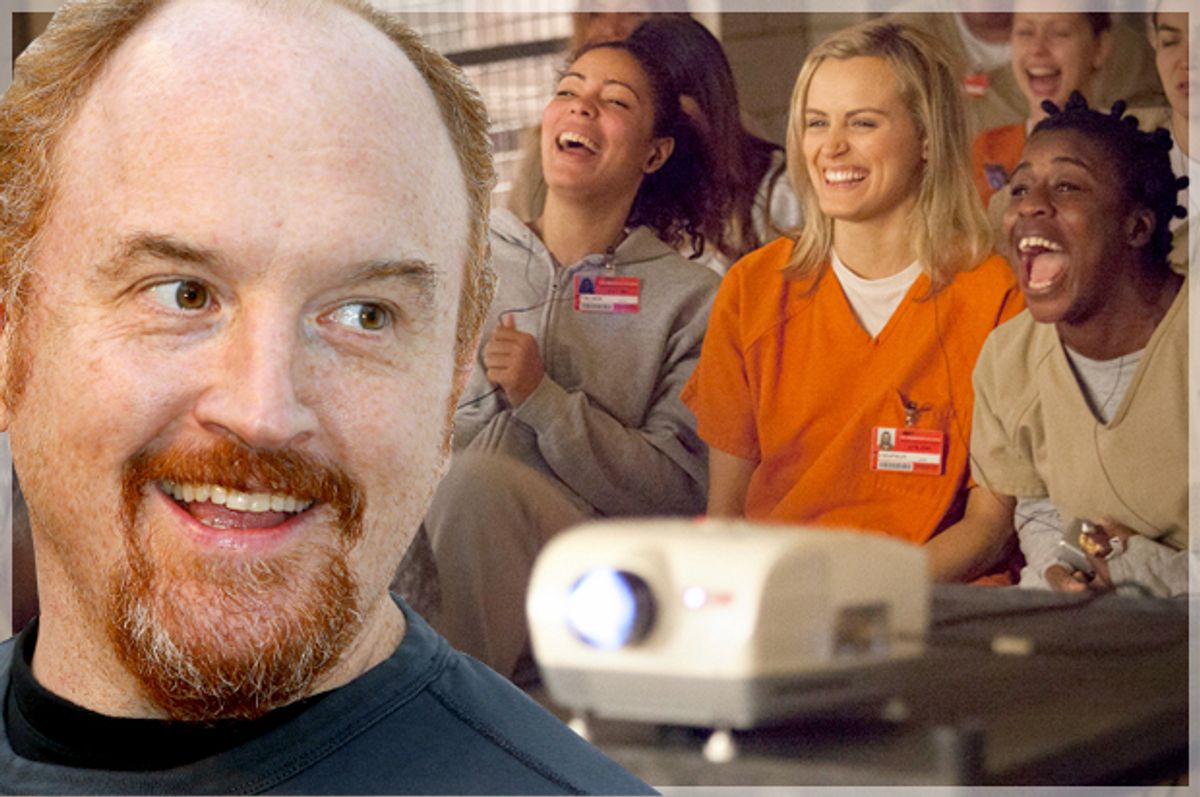 The Emmys have always been a bit of a mess. We are increasingly seeing a proliferation of shows that resist neat genre categorization (into outmoded categories like "comedy" or "drama," "series or miniseries"), and the fact that producers are allowed to basically choose what category a show competes in ends up leading to a whole bunch of confusion, with actors and shows playing musical chairs from year to year. Why was "True Detective" considered a drama last year and "Fargo" a miniseries? Why was "Orange is the New Black"'s Kate Mulgrew a supporting actress nominee while Uzo Aduba was a guest actress? Why was "Shameless" a drama for three seasons and then a comedy last year? Like we said -- a mess.

Well, in order to simplify things a bit, the Academy announced a number of changes back in February designed to clarify the rules. First off, to make way for the increased number of series on TV, they announced that seven shows instead of six will now be entered in the best comedy and best drama categories. They also split the variety category into talk shows and sketch shows -- meaning shows like "SNL" and "Portlandia" will no longer face off against the likes of Colbert and Letterman -- while the guest actor race now includes only actors that appear in less than 50% of the show (sorry, Uzo Aduba).

In terms of the ongoing miniseries/series debate, only shows that "have an ongoing storyline, theme and main characters presented under the same title and with continuity of production supervision” will be considered series, while the miniseries category will be relabeled "limited series" and will only include series over two and a half hours that "tell a complete, non-recurring story and do not have an ongoing storyline and/or main characters in subsequent season." Basically, shows with recurring characters, like "Luther" and "Sherlock" are considered series, while anthology series such as "True Detective" and "Fargo" (neither of which are eligible this year) are considered limited.

Finally, the Academy announced that all shows longer than 30 minutes would now be classified as dramas, and shows shorter than 30 minutes would be considered comedies. While people naturally took umbrage when this seemingly arbitrary distinction was announced, turns out the rules aren’t as hard and fast as they seem; In order to be deemed a comedy, hourlong shows simply have to be voted as such by two-thirds a nine-person panel. Today it was announced that three shows: "Shameless," "Jane the Virgin" and "Glee," all made the cut. Other series await their verdict, including "Orange is the New Black," which was allowed to compete as a comedy last year (and benefited from it -- comedy is notoriously less competitive than drama).

Basically, it's still a mess. But the question remains: Why are we continuing to divide things into categories that are clearly no longer adequate to encompass the range of programming on our TVs (and our Netflixes, and our Amazons, etc)? Shows like "Orange is the New Black," "Transparent," "Shameless" and "Girls," shift seamlessly from drama to comedy over the span of a single episode, and that's what makes them such great TV. We are increasingly benefiting from risk-taking programming that by defies traditional genre binaries; why should we then be forced to pigeonhole these shows into reductive categories which elide their fundamental complexity? "Louie" wouldn't be what it is without its dark streak, "The Good Wife" less rich without its bursts of levity.

I'm not exactly sure how to clean things up. Maybe, as Time's James Poniewozik suggests, "if the intent is really to keep hourlong shows like OITNB from competing against half-hours like Modern Family, better to simply split the categories that way: call them “longform” and “shortform.”" Maybe the answer is to get even more specific -- come up with new categories like crime procedural and sitcom -- much as they split the variety category into sketch and talk this year. Maybe the Academy should finally create the dramedy category people have long advocated for. Or maybe the answer is to get more broad -- like having one big "best show" category the way they do at the Oscars.

Either way, can we stop quibbling over whether "Orange is the New Black" is a comedy or a drama, and just agree that it's better than "Modern Family"? This, if nothing else, would be a consolation.