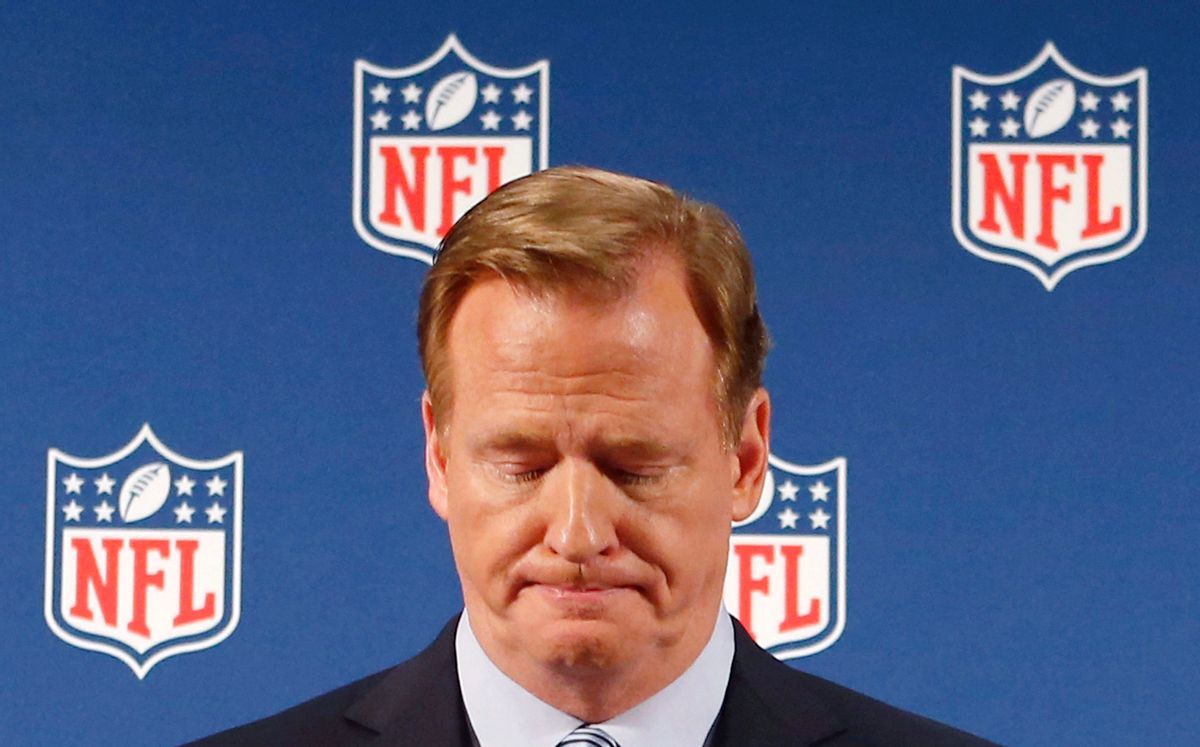 South by Southwest is fine and good and there are plenty of fun things about it (tacos, live music, film premieres, more tacos), but perhaps the best part of the whole affair is all the weird little insights that come out of the conference panels. Take, for example, the gem of an anecdote that appeared on SB Nation this week, involving Funny or Die, President Obama and NFL Commissioner Roger Goodell.

At a weekend panel called "Now Athletes are Funny: Power of Comedy and Sports," Funny or Die Sports executive producer Alex Richanbach recounted the comedy site's efforts to produce a video with Goodell, who hasn't exactly been discreet in his efforts to play the publicity game right following a series of scandals. According to SB Nation's Eric Sollenberger, who attended the talk, Richenbach said one proposed idea for an NFL/Funny or Die collaboration was to have Goodell appear as a guest on "Between Two Ferns," the "talk show" that features Zach Galifianakis as a crazed host beleaguering a straight-man guest.

As Sollenberger puts it, "Between Two Ferns" requires the guest "to act like a robotic, platitude-spitting punching bag," which means it would be difficult "to find anyone in the world who's more qualified than Goodell on that front." A noted past guest is, of course, President Obama, who went along beautifully with Galifianakis' schtick to promote Healthcare.gov. Richanbach told the SXSW that he thought this would be a way to convince the NFL to get on board with a Goodell video, which would necessarily include some jokes at the commissioner's expense. But the league wasn't going to allow its dear leader to go out into the big bad world and get picked on, no, no. Via Sollenberger:

So, the league responded by telling Funny or Die that they would not allow Roger Goodell to subject himself to ridicule from a comedian of all people. Professional football is a very serious business made of men with iron wills and stone faces and that starts from the top down. I wasn't completely surprised to hear that the NFL didn't understand how jokes work, but the next part was over-the-top, even by NFL standards.

In an attempt to salvage the relationship, Funny Or Die countered by reminding them that even the leader of the free world was willing to take a joke, saying "but Obama did it, and he's President of the United States."

Richanbach said that the league shot back, "well, he's not the commissioner of the NFL."

So, as if it hadn't been clear enough from the way Goodell and the NFL have conducted themselves (and attempted to consolidate the commissioner's power as much as possible) over the past several months, let it be known: the league seems to believe its leader carries a more dignified title than "President of the United States."