Why is a bipartisan anti-sex trafficking bill stuck in the Senate? Jon Stewart investigates: 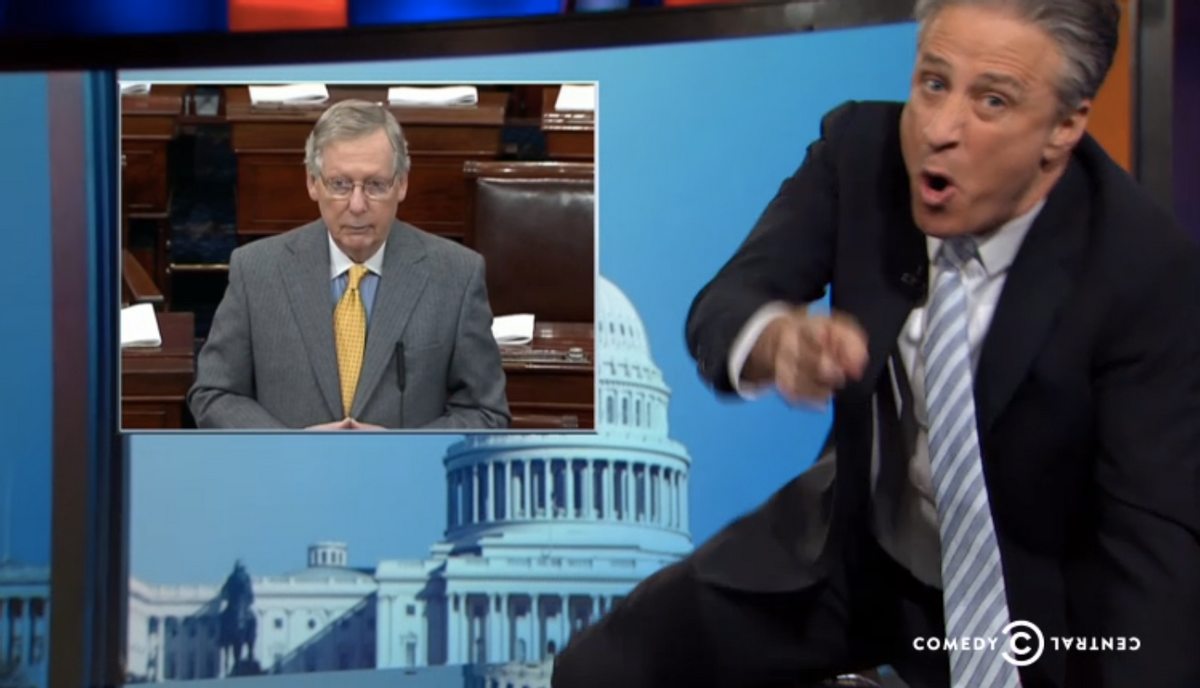 Why is a bipartisan anti-sex trafficking bill stuck in the Senate? Well, the long and short of it: Because Republicans snuck an abortion ban into the measure and Democrats didn't read it.

The New York Times reports that the bill, sponsored by Texas Republican Senator John Cornyn, was intended to "create a fund for victims based on fees assessed to their predators" however it included some fine print indicating that it would "[prevent] that money from being used to pay for abortions for the victims."

On Tuesday's "Daily Show," Jon Stewart slammed Democrats for "skimming" the bill when it went through the Senate Judiciary Committee. But he saved most of his rage for the disingenuous Senate Majority Leader Mitch McConnell, who twisted the whole fiasco on C-SPAN saying, "let's not filibuster bipartisan health for vulnerable victims just to make a point for left-wing special interest groups. "

Going full-Hulk on the majority leader, Stewart climbed on top of his desk and shouted: "The only reason the language is in there is because you're bowing down to right-wing special interests!"