Target set to raise minimum wage to $9 an hour 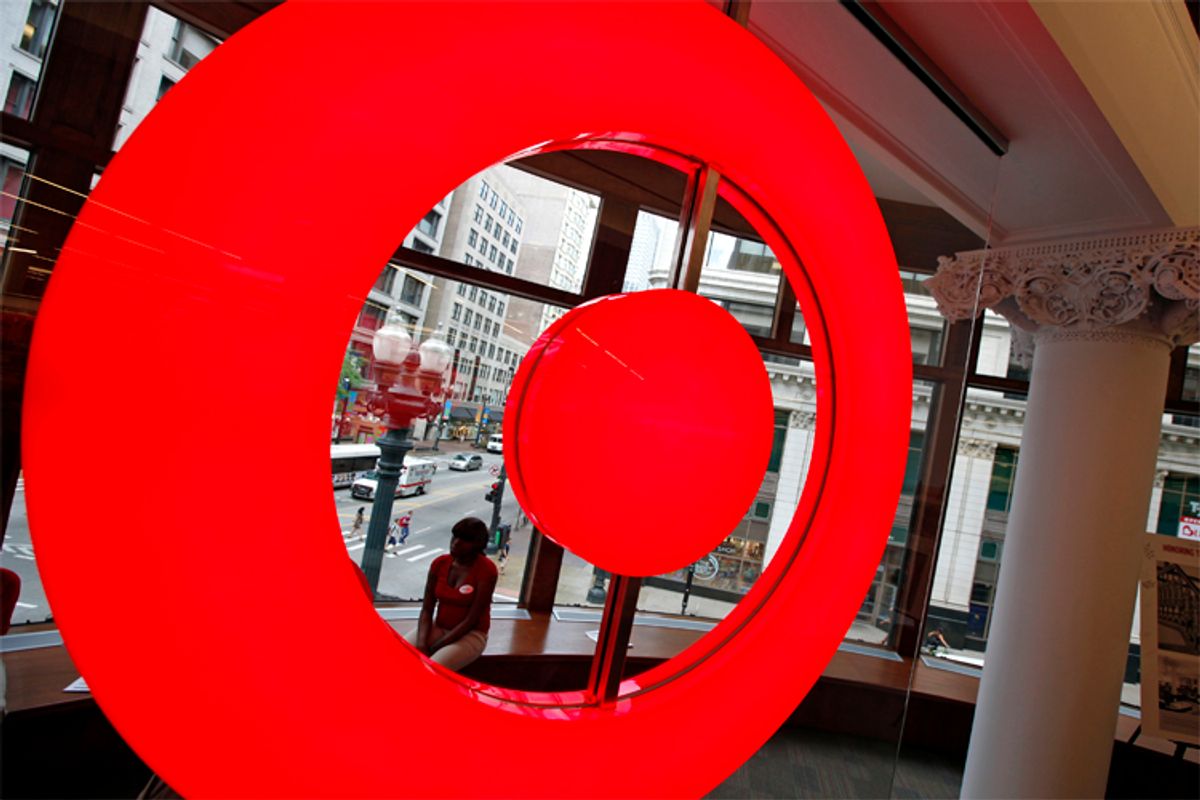 One month after retail giant Walmart announced that it would pay workers at least $9 an hour, Target is following suit, Dow Jones reports. The new minimum is set to take effect next month.

While the retailer's move means that its workers will be paid at least 24 percent more than the federal minimum wage of $7.25 an hour, a $9 minimum is still well short of the pay offered by other retailers, including Costco and the Container Store, as the New York Times' Hiroko Tabuchi noted in the wake of Walmart's announcement. Costco employees, for instance, are paid around $20 an hour.

Moreover, while Target's announcement may generate some favorable publicity for the company, in many parts of the country it will simply mean that the retailer will be complying with higher state-level minimums. Although the federal minimum wage hasn't budged since 2009, 29 states and the District of Columbia have set higher wage floors, generally ranging from about $8.50 an hour to $10.10 an hour.