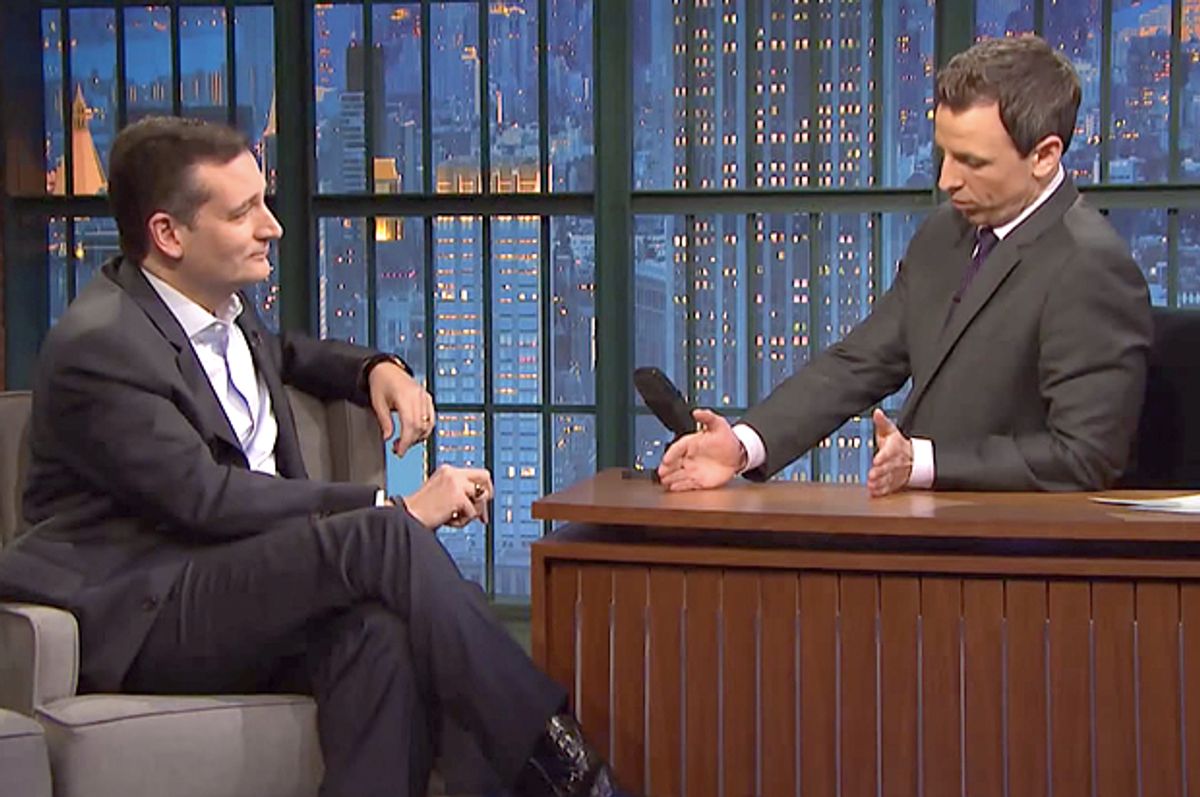 Last Monday, a video went viral of Sen. Ted Cruz (R-Tx.) yelling at a child at a New Hampshire speech that the world was on fire. The 3-year-old, who appeared to be in the arms of her mother at the time, asked aloud “The world is on fire?!” To which, the senator responded with urgency, "Yes! Your world is on fire!”

Turns out, Cruz's account of that whole debacle was a bit different. He joined Seth Meyers -- a New Hampshire native, incidentally -- on "Late Night" Tuesday to set the record straight.

"In the last 24 hours there have been 50 media stories that say 'Cruz terrifies little girl' and by the end of it I was Freddy Krueger and had the finger nails -- I mean it was terrible," Cruz said.

"Now the funny thing is, it's not true," Cruz continued. He paraphrased a conversation he had with the daughter's mother after the fact who, in Cruz's words, was "so upset" by all these stories. Especially since her daughter didn't seem to be shaken by the encounter with the finger-wagging Republican. "My daughter was incredibly happy," he recalls her saying.

Meyers quipped that he thought with all the "world is on fire" talk that Cruz might be finally coming around on the topic of global warming. Nope. Cruz, we learn, is still a firm nonbeliever.