The "Mean Girls" musical will not have a song called "Fetch!" 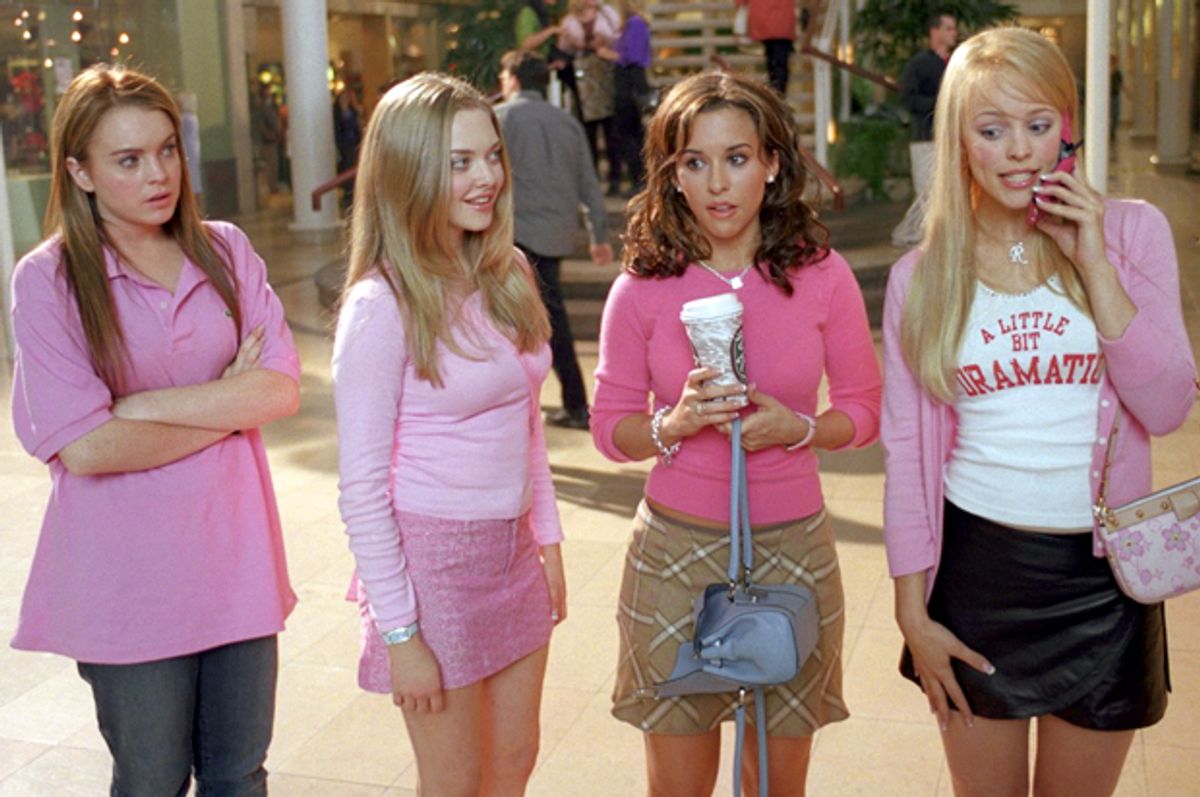 Yesterday, Yahoo spoke to composer (and Tina Fey’s husband) Jeff Richmond about composing the theme song for “Unbreakable Kimmy Schmidt.” That’s old news at this point, but what did pique our interest was when discussion turned to the long anticipated "Mean Girls" musical (!) that he and Fey are working on. Quoth Richmond:

"There’s been quite a lot of progress on it. We are circling in on… here’s what I can tell you: We’ve been writing this… Nell Benjamin of Legally Blonde fame, she’s working with us as a lyricist. We’ve been working for a long time now. I’m going to say it’s like 60 percent written, and it’s being staffed creatively… We are looking to do some actual solid readings coming around this summer. The Kimmy Schmidt thing took a lot more time than we all thought, so it slowed some Mean Girls stuff down.”

For those who are familiar with Benjamin's work, this is fabulous news. For those who don’t know, Nell and her husband Laurence O’Keefe were responsible for the epic, better-than-the-movie “Legally Blonde” musical, which they prepared for by visiting USC's Kappa Kappa Gamma house, where Reese Witherspoon did her research for the film, in order to discover exactly how to translate that ineffable Elle Woods energy to the Broadway stage. (O’Keefe, meanwhile, recently finished work on “Heathers: The Musical,” which had an off-Broadway run last year.)

We have suggestions, if he's taking them: An up-tempo jazz number called "On Wednesdays We Wear Pink," "She Doesn't Even Go Here" (ft. Ladysmith Black Mambazzo)," a searing inspirational ballad called the "The Limit Does Not Exist," a romantic "October 3rd" duet, a "Burn Book" rap interlude, and a rearrangement of "At Seventeen" featuring the real Janis Ian. (Stop us, because we could go on forever).

As for a number called "Fetch?" "That does not exist yet," says Richmond. "I don’t think it will.” It’s like we always told our friend Gretchen: Stop trying to make fetch happen! It's not going to happen!