9 industries that scare you into buying things you don't need 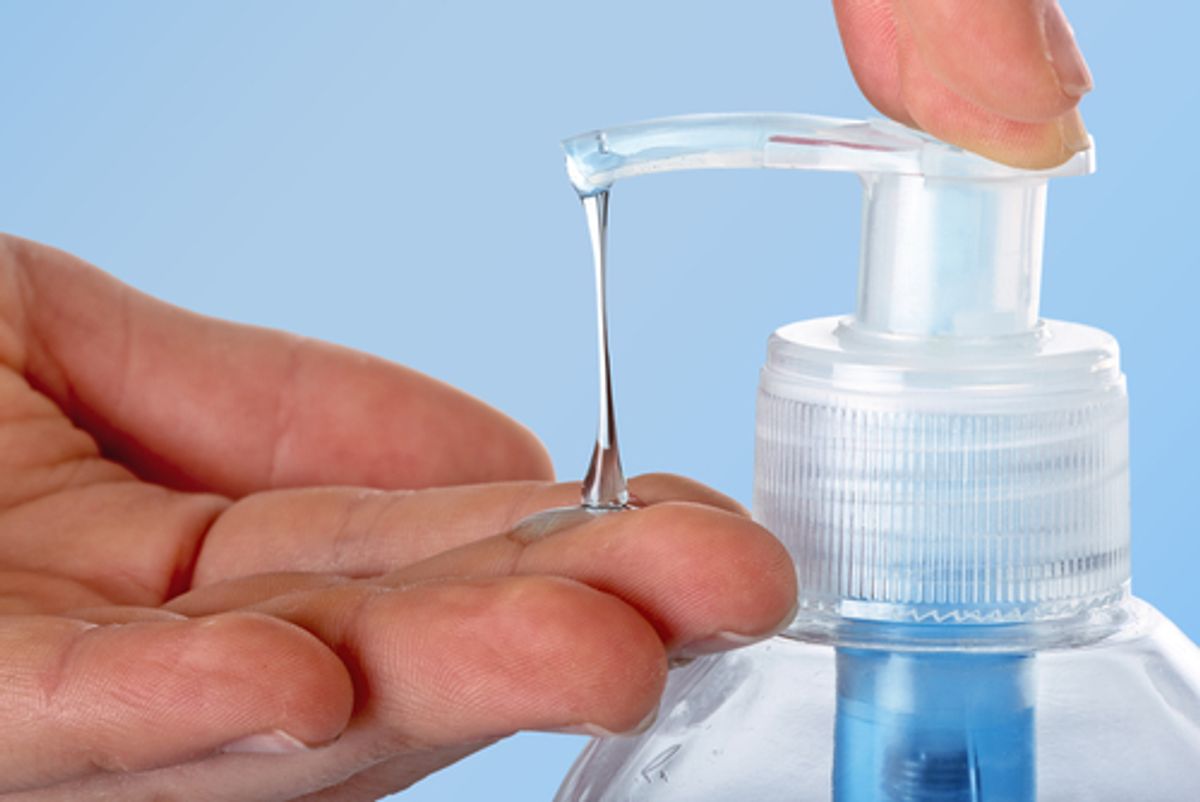 The following is the latest in a new series of articles on AlterNet called Fear in America that launched this March. Read the introduction to the series.

Call them the products of fear. Advertisers, like politicians, know it works. If you scare people enough, they are easily sold a bill of goods. Define a problem, even if it really isn’t a problem, then bombard the masses with the solution to the (non) problem.

In the introduction to AlterNet's new series on the politics of fear, Don Hazen wrote, “Americans are endlessly bombarded with media messages that are fearful and deceitful. Almost daily, we are urged to fear exaggerated or fake threats… this media onslaught literally shapes how our brains work and what people believe.” These threats can be huge, like terrorism lurking around the corner, or they can be minor, like the need to protect your baby’s knees from the hazards of crawling. The common denominator is that these aren't really such huge problems and you are being subjected to the hard sell. Selling fear makes lots of money, and America is nothing if not a place to make money.

Industries that use fear to sell amp up the first two factors and hammer home the third. Yes! You can do something about it! Buy our product! Here are 9 industries that prey on your fear in order to make a profit.

Criminals are everywhere. Our products will keep them at bay.

Crime in America is down. Way, way down in fact. The murder rate is down 49% since 1993. Gun-related violence, including robberies and rape, down a whopping 75%. All crime in the United States has plunged to the level it was 50 years ago, in the 1960s.

You would never know that, though, if you listen to the security industry, which is busy selling you products that protect you from the criminals who will rob, rape and murder you, then steal your car. “Over 1 million vehicles will be stolen this year. Don't be a statistic—so called 'factory security' simply does not provide the protection you need to keep your vehicle and its contents safe,”one security firm bellows on its website. The industry depends on scaring the bejeezus out of you so it can then “protect” you.

Of course, the “protection” you are buying depends on the police you are also paying through your taxes. And how often have you heard and ignored a car alarm blaring through the night? You ignored it because you knew someone had jostled the car accidentally, or a short circuit probably set it off, not car thieves. We pay taxes to have a police force to protect us, and they are doing a pretty great job of it (the few rogue police who abuse their position notwithstanding). The security industry, using fear tactics, doesn’t want you to know that.

Growing old is bad. We can prevent it.

We live in a country that worships youth, beauty and strength. Under no circumstances should you grow old. At least that is what the beauty industry wants you to believe. You must not age! And, look here, have we got a cream/lotion/pill/spray to prevent that!

Despite “clinical tests” that prove their ability to save you from the horrors of aging, none of these products work. If you want to prevent aging skin, stay out of the sun.

Germs make you sick. Our product will kill them and protect you.

Germs are out to get you. They are everywhere, they are insidious, and we must obliterate them! Or so the many products that kill germs—antibacterial soap, pillows, insoles, dishwashing liquids, ad infinitum—would have you believe.

The truth? Germs are everywhere, and the vast majority of them are harmless to humans. In fact, many of them are good for us, like the bacteria in our guts and the ones that keep our immune systems strong and effective. More truth? By constantly using antibacterial products, we are, through the process of evolution, possibly creating super-germs which are immune to the products. The few germs that may indeed be harmful could wind up being more dangerous! There is no need for these chemical anti-bacterials, despite industry fear tactics. Simply washing your hands thoroughly with regular soap and water serves to kill germs.

The world is dangerous. We will protect your child from disaster.

How in the world did we ever grow up without the plethora of baby protection products that flood the market? These products would have us think we must protect our children’s knees from the very floor they are crawling on. “Unparalleled protection for babies learning to crawl and walk!”

We must put bumpers on the crib lest they concuss their brains (despite the fact that the American Academy of Pediatrics warn of the danger of suffocation, strangulation or entrapment from these “safety” devices). Organic foods, organic cotton clothing, baby vitamins. The list goes on and on, all in the name of selling unneeded products. Writer Lenore Skenazy has spoken persuasively about the “Kiddie Safety Industrial Complex,” and how the mania to protect kids at all cost from any possibility of risk has lead to complex and ridiculous laws banning children from doing anything at all without the presence of an adult.

You probably have a disease. Our pills will help you.

Watching television sometimes seems like an endless Medical Channel. And the diseases the pharmaceutical industry is “informing” you about, urging you to discuss with your doctor? Well, they have a pill to cure that. By subtly introducing the idea that the generic symptom you have might be associated with a disease you never heard of, the industry manages to scare millions into using its products.

The reason you never heard of the scores of  diseases that have appeared in the past decade, is because the industry has virtually invented them in order to sell drugs. Oftentimes, the drug being marketed is an older drug that has been rebranded so it can be used to treat “new” diseases. It’s no coincidence that, as older diseases surrender to modern medicine, new diseases suddenly pop up. For an industry that spends more on marketing than on research and development, disease paranoia is the only way to go.

If you use our product, you will avoid disease.

It would seem that sickness is the natural state of humanity, and that only the wellness industry can save us. Join that gym or risk brittle bones, muscle loss and heart failure. Down those vitamins or cancer will pounce upon your undernourished body. Stress will kill you. Better schedule that massage. Hateoatmeal? Too bad. You need it to bring down your cholesterol.

Frank Furedi, a British author and sociologist, summed it up perfectly: “They preach the message that people’s lives are becoming more and more unhealthy, and thus we need to be ever more vigilant in order to avoid becoming diseased…The premise is that being well is not a natural or normal state—instead it is something people need to work on, something to aspire to and achieve with the help of experts and gurus. Health activists insist that, unless you follow their prescribed patterns of behavior, your risk of becoming ill will increase.”

The prison industry produces goods cheaply. Military helmets, bulletproof vests, ID badges, canteens, and clothing, just to name a few. How do prisons produce these items cheaply? No surprise, cheap labor. In the United State today, we have upwards of two million people incarcerated, the vast majority of them African American or Latino. No society in human history has imprisoned so many of its own citizens.

How is it that our prisons have vastly increased in size, thus supplying a huge, low-paid workforce, while the crime rate has plummeted? The answer to that is fear; fear stoked by politicians, who get themselves elected by being tough on crime, which in turn results in the public supporting harsher penalties, mandatory sentencing and privatized prison construction.

Something is definitely going to go wrong. We will rescue you from financial catastrophe.

Back in the 1970s, the United States constructed its first space station, Skylab. The station operated for several years, but its orbit eventually started to decay and it was expected to crash back to Earth. Never mind that the odds were overwhelmingly in favor of it crashing into the ocean, which covers most of the planet. Never mind that the odds of getting hit by a piece of crashing Skylab were infinitesimal. Skylab insurance was a hot ticket back in 1979.

The world is ending! Read all about it!

Ask Rupert Murdoch, whose media empire spreads fear like candy on Halloween. His formula is simple. Create fearful situations. Hammer at them over and over. Then, once the fear has been instilled, wait for the masses to buy newspapers, click on websites, turn on TVs, in order to keep tabs on the fearful situation. Since 9/11, this formula has been particularly effective inscapegoating Muslims for the crimes of a few.