"We... had to have a discussion with our daughter in great detail about current events we should never have had" 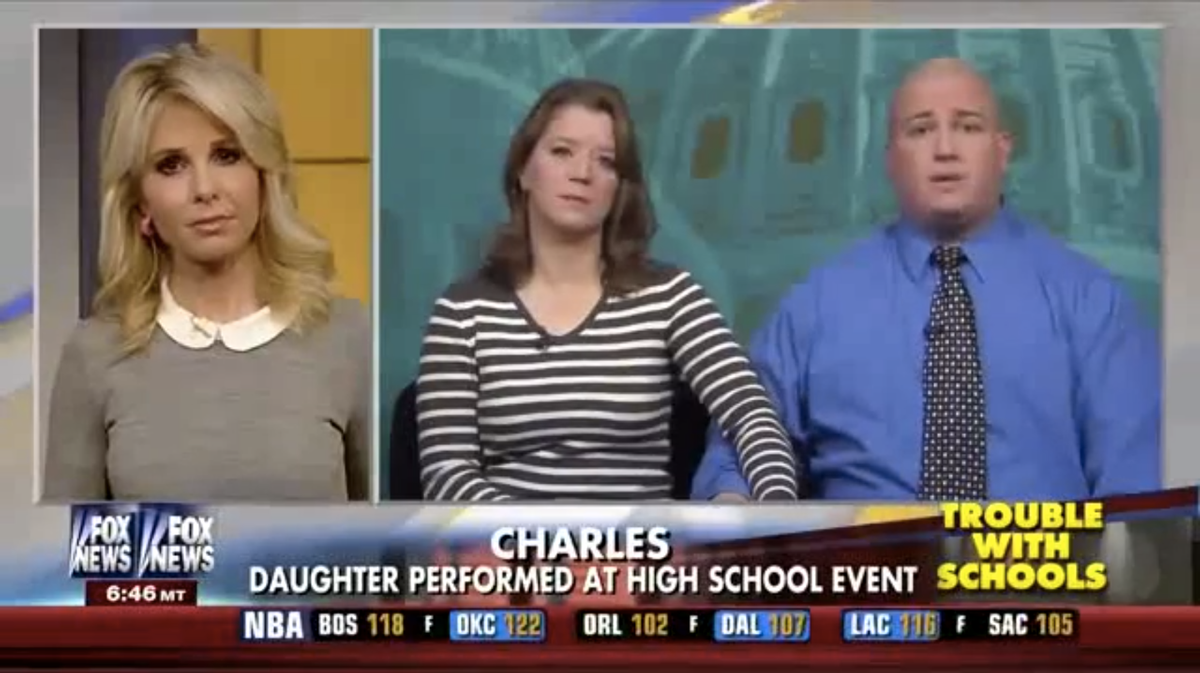 "Everywhere that we looked were students, high school students, wearing shirts that said 'Black Lives Matter, I Can't Breathe," said Rebecca. "As I was flipping through my program, it had 'Hands Up, Don't Shoot."

Although Charles wanted his daughter removed from the event immediately, Rebecca decided to allow her to stay to sing with her choir.

"Students started coming out on stage saying things like, 'I'm from Ferguson, Missouri. I was told to put my hands up. I did and I was shot seven times. My name is Michael Brown," Rebecca recalled. "I immediately realized that this was not something that was a good idea for my daughter to be seeing."

After the assembly, Rebecca and Charles' daughter asked why cops shoot "good people"-- a conversation that Charles just wasn't ready to have!

"It took me off guard. We really had to have a discussion with our daughter in great detail about current events we should never have had," he said. "We should have been notified as parents, and we were not. There has been no apology. There has been no 'This will not happen again.' And that needs to be done."