"Every one [of the rabbits] we are saying was eaten by a python, we found inside a python" 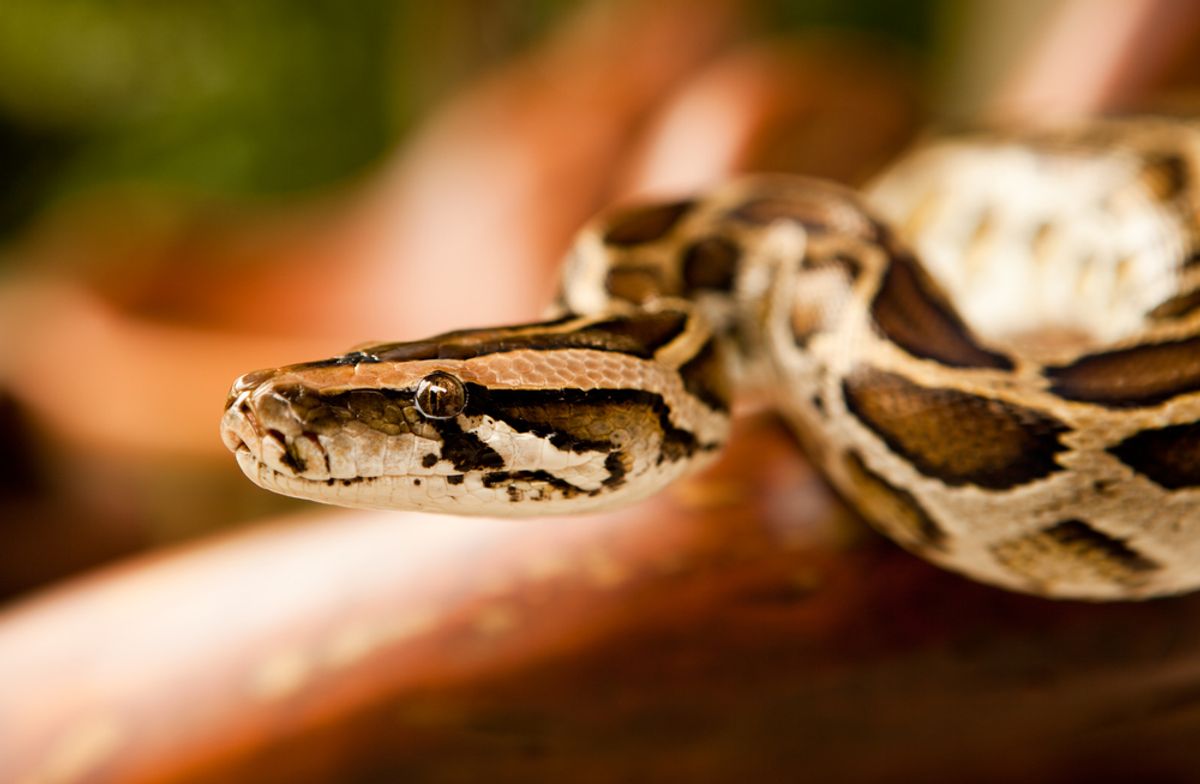 A team of conservation biologists captured a bunch adult marsh rabbits, outfitted them with radio transmitters, then released them back into the wilds of Everglades National Park. Eleven months later, 77 percent were dead -- the victims of python attacks.

Sometimes, sacrifices have to be made for science.

The rabbits were part of a new study, published this week in the Proceedings of the Royal Society B: Biological Sciences, attempting to quantify just how much the Burmese python, an invasive species introduced in the 1990s, is to blame for the collapse of the Everglades' small mammal populations.

The answer, it would seem, is: a devastatingly huge one.

It's long been suspected that Burmese pythons are having population-level impacts on the Everglades' mammal populations -- between 2003 and 2011, for example, sightings of raccoons and opossums there decline by a full 99 percent. But still, it seemed almost unbelievable that pythons alone could be responsible for such a profound decline.

"All of us were shocked by the results. Rabbit populations are supposed to be regulated by factors other than predation, like drought, disease," study co-author Bob Reed, chief of the invasive branch of the United States Geological Society, told CBS News. "They are so fecund. They are supposed to be hugely resilient to predation."

The results of the brutal experiment leave little room for doubt as to who's to blame. "Every one [of the rabbits] we are saying was eaten by a python, we found inside a python," study author Robert A. McCleery, of the University of Florida, said. "It wasn't like, 'I wonder what ate this.' You are looking for your rabbit and you find a python. The radio collar was transmitting from inside the python." From there, they say, it can be assumed that other observed mammal declines are the result of python predation as well.

The loss of the mammals, the authors write, is "probably causing a massive rearrangement of the Everglades' food web, losses in ecosystem function, and complex and unpredictable cascading effects." Only with the recovery of the mammal populations, they warn, "will it be possible to restore the health and functionality of this World Heritage Site."

It's unclear what we can do about this: our usual methods for culling invasive species, like trapping them or using dogs to hunt them, are difficult to carry out in such an inaccessible area. We don't even have a good idea of how many pythons there are. And reintroducing more mammals to the Everglades, as this study sadly shows, is unlikely to be effective. Yet "without effective tools and a strategy for reducing the prevalence of these invasive snakes," the authors conclude, "the dire state of mammals in the Everglades will probably remain unchanged, and even spread if python populations expand northward or become established elsewhere in the USA."