In a Wall Street Journal column, Riley addressed the reaction to the University of Oklahoma frat's racist song 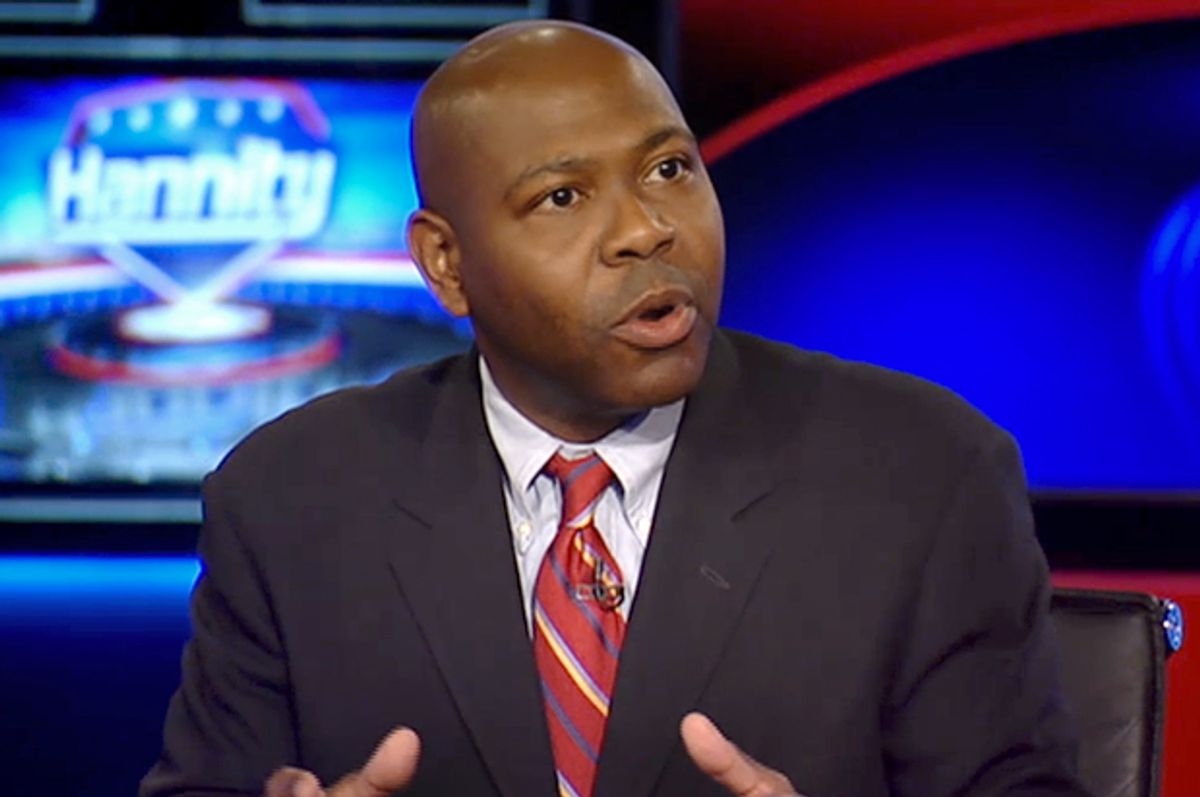 It's probably not super hard to guess how Jason Riley, a member of the Wall Street Journal editorial board and author of "Please Stop Helping Us: How Liberals Make It Harder for Blacks to Succeed," feels about liberal discussions of race and racism in America currently dominating left-leaning networks like MSNBC and CNN.

In a column published in the WSJ on Wednesday, Riley leaned into his contempt for supposedly race-baiting liberals in response to the video of the University of Oklahoma fraternity singing a racist song. In the column, he condemns liberals for continuing to discuss race when they claim to want a "post-racial America." Meanwhile, black liberals specialize in "scouring America for signs of remnant racism and seizing on them as evidence that little or nothing has really changed."

He then transitions into this logically-flawed argument:

History shows that faster black progress was occurring at a time when whites were still lynching blacks, not merely singing about it. Liberals want blacks to ignore the lessons of this pre-Civil Rights era, which threaten the current relevance of groups like the NAACP and call into question the Democratic Party's belief that there is a federal solution to every black problem.

"The problem isn't the attitudes and behaviors of the boys on the bus," he continued, referring to the frat brothers in the video, "so much as those of the boys in the 'hood."

I mean, perhaps it is true that quantitatively more progress was occurring when the country was just beginning to realize that enslaving and torturing an entire race for no reason was obviously wrong. Now we are grappling with a culture of racism where the wrongs are perhaps not as blatant, but still egregious and worth aggressively combatting.