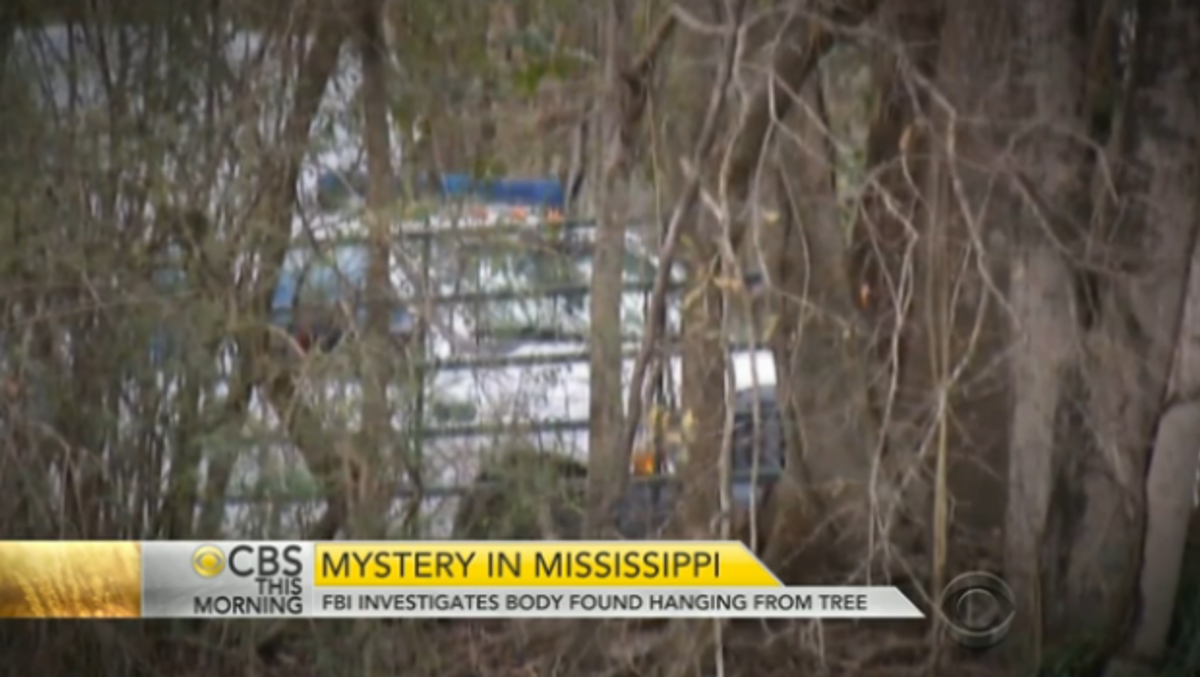 The Federal Bureau of Investigation is working with state and local law enforcement authorities to investigate the death of a black man found hanging from a tree in Mississippi.

The New York Times reports that the state NAACP has identified the man as 54-year-old Otis James Byrd. He was hanging by a bed sheet when he was found on Thursday morning in rural Claiborne County, located along Mississippi's border with Louisiana.

Authorities have not yet determined whether Byrd died of a homicide or suicide. The Times reports that his hands were not tied when he was discovered.

Thursday's grisly discovery came nearly three weeks after Byrd, who was convicted of capital murder in the 1980s and released from prison in 2006, disappeared from his home in Port Gibson.

While it's not yet clear whether Byrd died at his own hand or someone else's, his death evokes traumatic memories of a not-so-distant past in which lynchings of black people fostered a state of terror throughout the South.

Given that history, the Justice Department is investigating any potential civil rights violations related to Byrd's death, the Times reports.