"Hands up is the ultimate truth": CNN guest perfectly explains logic behind the Ferguson rallying cry

Although the rest of the panel, hosted by Don Lemon, quickly devolved into argument 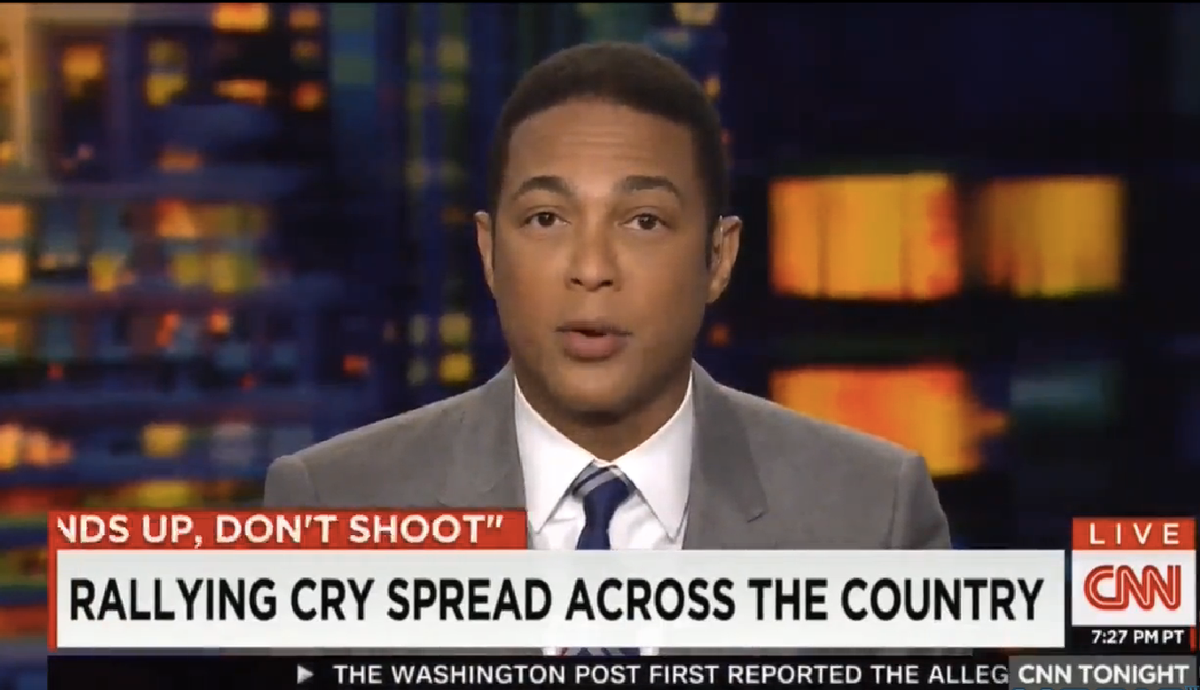 On Thursday evening's edition of "CNN Tonight," host Don Lemon moderated a panel of guests who all had strong, differing opinions on the use of "Hands up, don't shoot" as a rallying cry for nationwide demonstrations agains police brutality and racism. The phrase, which was allegedly said by Ferguson teenager Michael Brown before he was killed by Officer Darren Wilson, has since been delegitimized after a Justice Department investigation found that Brown probably didn't ever say it.

One guest, Monifa Bandele of Communities United for Police Reform, argued that it didn't necessarily matter that Brown didn't put his hands up:

"The reason why people  are yelling 'hands up' is because it's a posture known to them and to their communities... The report absolutely matters. But the report is not a public criminal trial and that's what people are calling for."