"It was easy to forget ‘that woman’ had a soul": Monica Lewinsky gives powerful TED talk on cyberbullying

“A marketplace has emerged where public humiliation is a commodity and shame is an industry,” she said 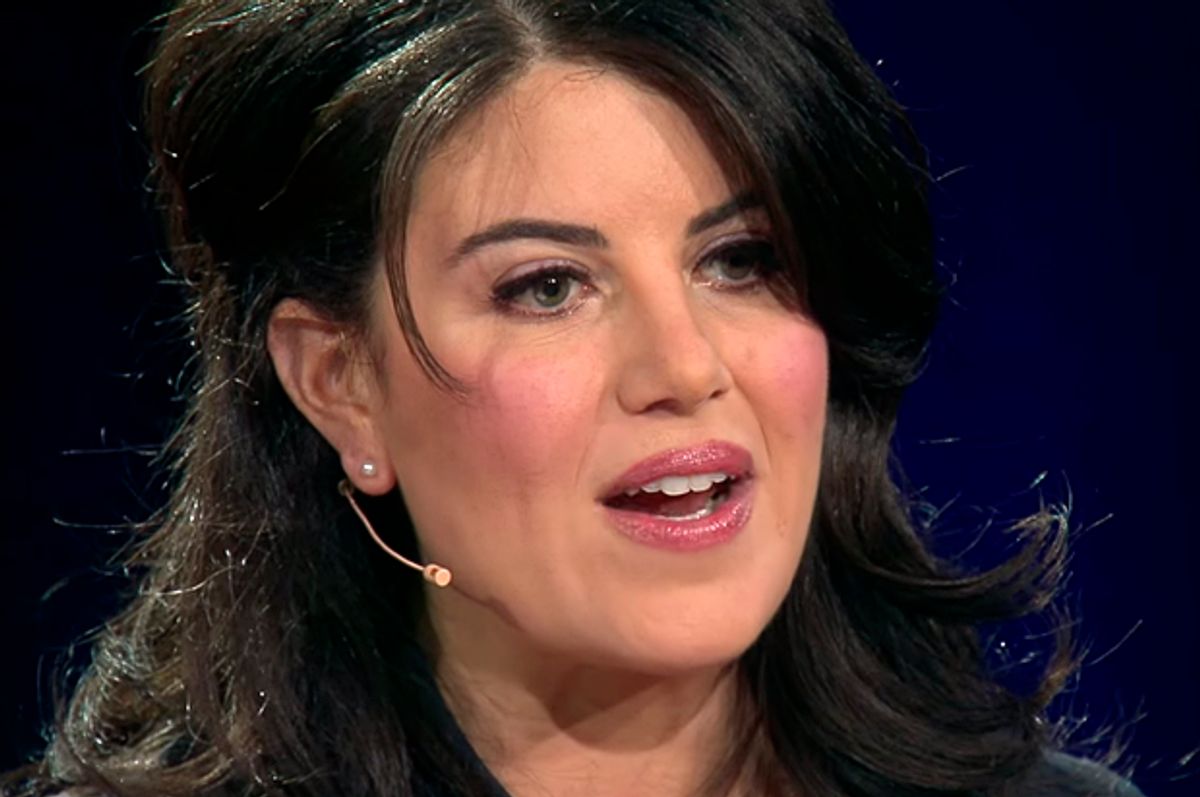 Monica Lewinsky's public appearances have been few and far between since she found herself at the center of a White House scandal nearly 20 years ago, when she also became, in her words, "Patient Zero" of the extreme online shaming we now call cyberbullying. But Lewinsky's limited time in the spotlight, which has included publishing an essay for Vanity Fair and speaking at Forbes' 30 Under 30 summit, both in the past year, has been intentionally meaningful. The former White House intern has become a strong advocate for putting an end to our culture of humiliation -- and now she's taken her story to the TED stage.

Speaking at the TED2015 conference in Vancouver, Lewinsky described her experience of being derided across media platforms and around the world after making a "mistake" at age 22. “In 1998, after having been swept up in an improbable romance, I was then swept up into the eye of a political, legal and media maelstrom like we had never seen before," Lewinsky said. She went on:

Now I admit I made mistakes -- especially wearing that beret -- but the attention and judgment that I received — not the story, but that I personally received — was unprecedented,” she says. “I was branded as a tramp, tart, slut, whore, bimbo and, of course, ‘that woman.’ I was known by many, but actually known by few. I get it. It was easy to forget ‘that woman’ was dimensional and had a soul.

Lewinsky also highlighted the connections between her experience of being betrayed by Linda Tripp, the friend who secretly recorded Lewinsky's confidential conversations and released them without consent, and the regular release of others' private information today. The transcripts Tripp released were only a starting point, to be followed by the hacking of celebrities' personal photos or even Penn State frat members posting images of unsuspecting, unconscious nude women online (for which they were busted this week).

“This was not something that happened with regularity back then in 1998,” Lewinsky said. “And by ‘this,’ I mean the stealing of people’s private words, actions conversations or photos and then making them public. Public without consent, public without context and public without compassion.”

The anti-cyberbullying advocate closed her talk with a call to action, as well as some encouragement for other survivors of harassment and shaming. "Anyone who is suffering from shame and public humiliation needs to know one thing: you can survive it," Lewinsky said. "I know it’s hard. It may not be painless, quick or easy, but you can insist on a different ending to your story."

Watch a portion of Lewinsky's TED talk below: