After Paul LePage falsely insinuates the author has abandoned Maine, King fires back 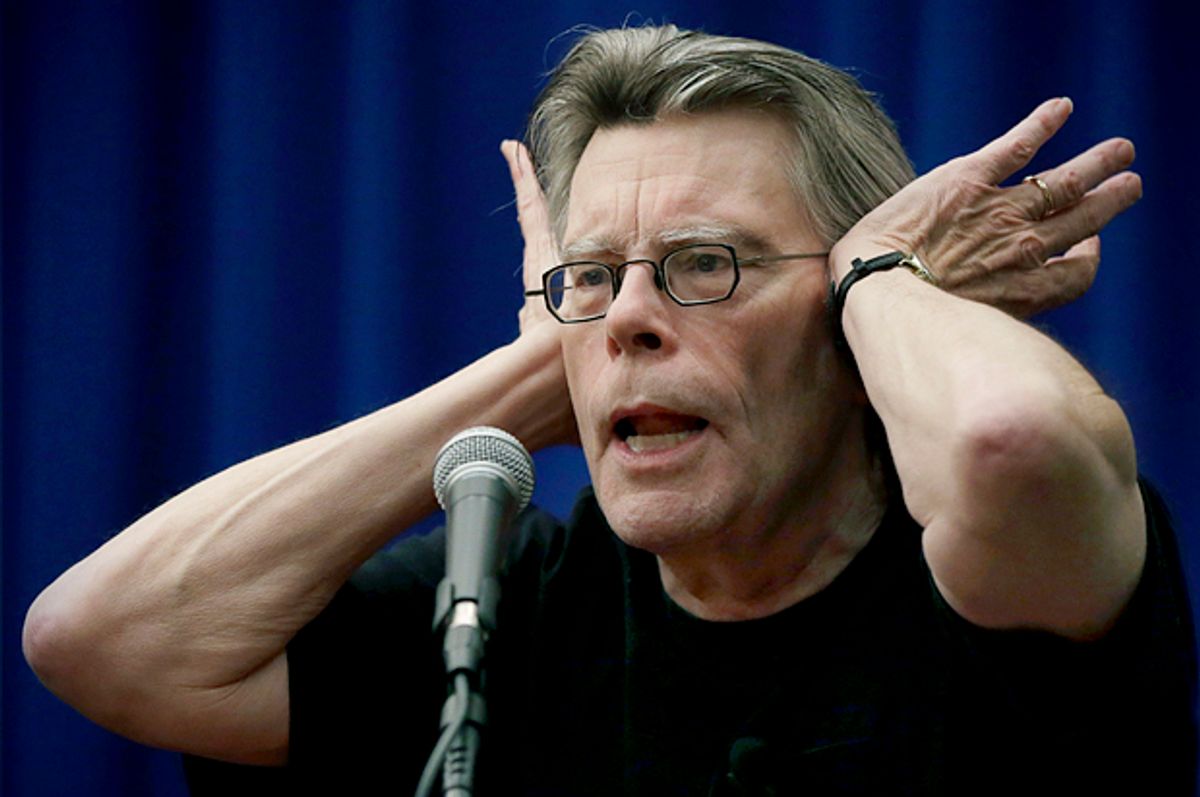 Bestselling author Stephen King is firing back against Maine Gov. Paul LePage after the ultraconservative Republican suggested that King had moved out of Maine and no longer paid taxes in the state, demanding that the governor "man up and apologize" for his false claims.

During his radio address this week, LePage touted his effort to repeal Maine's income tax, asserting that it was a drag on the state's economy and had prompted people to move elsewhere.

"[R]emember who introduced the income tax here in Maine," LePage said. "Well, today former Governor Ken Curtis lives in Florida where there is zero income tax. Stephen King and Roxanne Quimby have moved away, as well.”

Responding to the governor's address on Twitter last night, the writer sought an apology and affirmed that he pays "every cent" of his taxes.

"Governor LePage is full of the stuff that makes the grass grow green. [Wife] Tabby and I pay every cent of our Maine state income taxes, and are glad to do it," King said in an additional statement. "We feel, as Governor LePage apparently does not, that much is owed from those to whom much has been given. We see our taxes as a way of paying back the state that has given us so much. State taxes pay for state services. There’s just no way around it. Governor LePage needs to remember there ain’t no free lunch."

While King does own a home in Florida, he also resides (and yes, pays taxes) in Bangor. Additionally, King and his wife own a home in western Maine.