Routine antibiotic use on factory farms is set to increase 67 percent by 2030, a new study warns 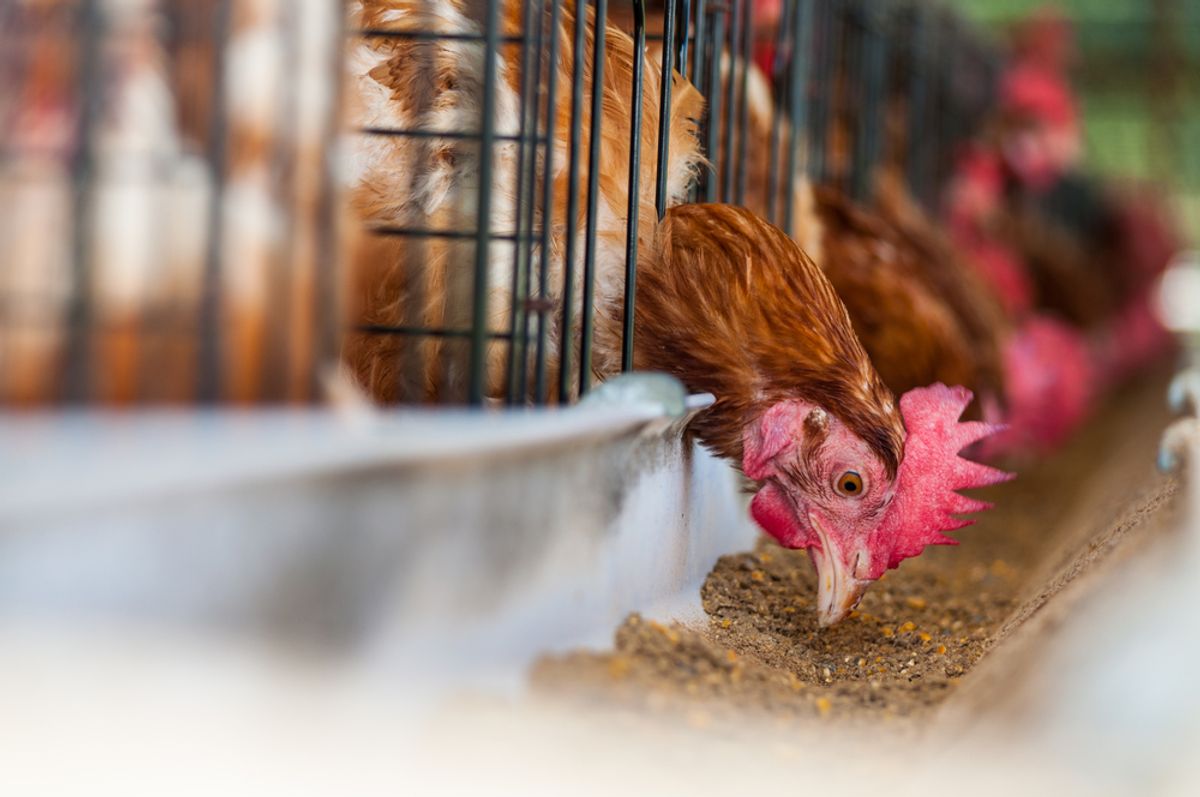 That's the conclusion of a new study, published in the Proceedings of the National Academy of Sciences, which combines current estimates of routine antibiotic use in livestock across 228 high and middle-income countries with economic projections of future demand for meat to arrive at this disquieting prediction of future factory farm growth.

"Rising incomes around the world are leading to people consuming more animal protein," study co-author Ramanan Laxminarayan told Salon. "That's particularly true in countries like India and China where there are large populations as well. To grow more animal protein, we need to grow more chickens and hogs, mostly, and to raise more of these, we are seeing an increasing trend toward using more antibiotics."

Being, as we are, on the cusp of a crisis in which the antibiotics we rely on to treat human infections no longer work (and which, especially in India, is already a grave reality), this is a serious cause for concern: the use of antibiotics in the animal sector, the authors explain, represents about two-thirds of our total, global consumption of antibiotics. (In the U.S., livestock accounts for about 80 percent of all antibiotic use.)

"Although the the risk for humans is somewhat indirect (and we need more studies to document this) the impact of using antibiotics in animals is potentially enormous given the huge volumes of antimicrobial used annually by the livestock sector," explained study co-author Thomas Van Boeckel. That massive amount of antibiotics, he said, "puts a huge selection pressure that favors the spread of resistant bacteria."

The question, then, is how to subvert this chain of events: is there a way for us to have our meat and eat it, too (without catapulting us into the post-antibiotic era)? In a companion article published last month, Van Boeckel and Laxminarayan examined the potential cost to the agricultural system of phasing out antibiotics that are used primarily for growth promotion -- and it turns out, it might not be as bad as the industry fears.

That's because, over time, antibiotics' ability to boost productivity in livestock has been declining: where, in the 1970s, the drugs may have increased productivity by 20 to 30 percent, Laxminarayan said, studies conducted after 2000 show an increase of only 5 percent. That tips the cost-benefit analysis away from antibiotics' favor, he explained, especially when you consider the far more effective way the meat industry could get more bang for its buck: "When you have fairly well-optimized systems -- which means animals that have good herd health, good nutrition, good hygiene and good genetic potential -- the antibiotics actually add very little in terms of productivity value," Laxminarayan explained. "So if we could somehow fast-track those optimized production systems for livestock in these countries [like India and China] where demand is really taking off, we can actually withdraw the antibiotics without much of a problem."

For the U.S., the authors estimate that it would only cost about $1 billion to phase out the drugs' use. "That sounds like a big number," Laxminarayan admitted, "but it's really small compared to the potential consequences for human health."