"Not living a life that's full of regrets": Legendary psychotherapist Irvin Yalom on the challenges of living in fear

Yalom's newest book, "Creatures of a Day" chronicles his years as a therapist 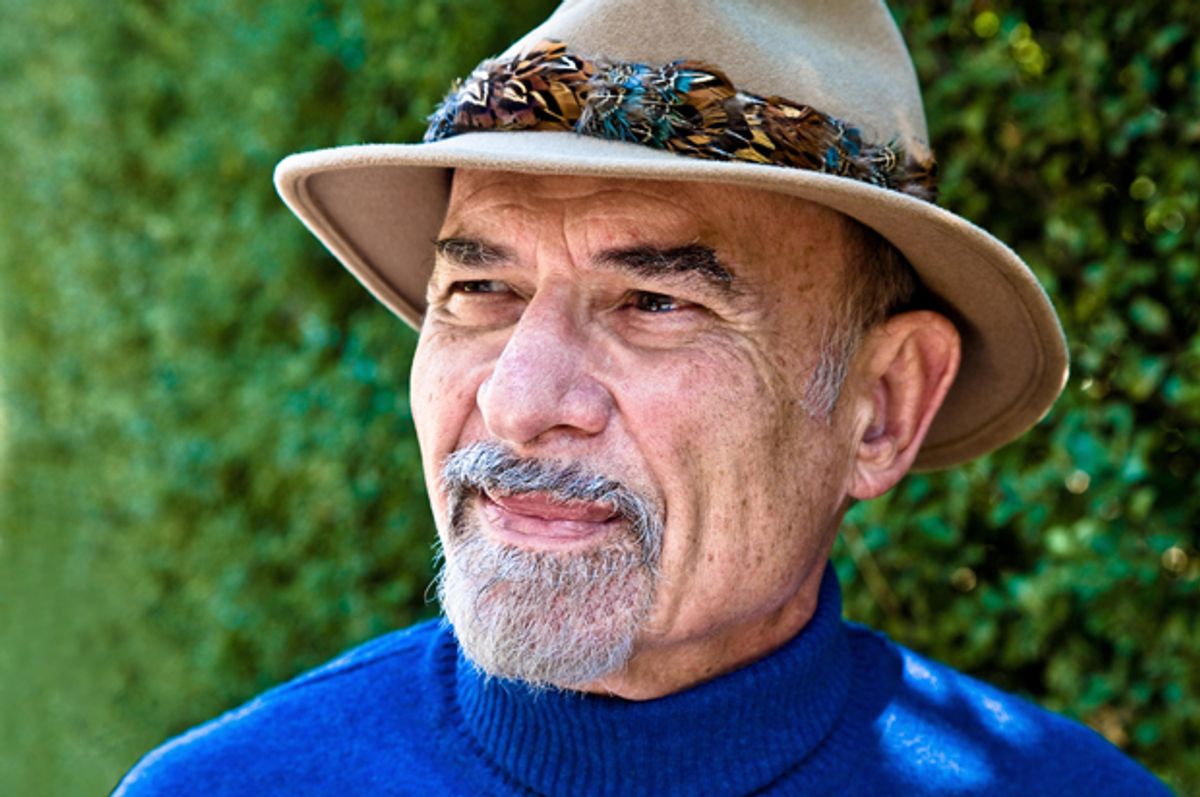 How are we supposed to grapple with the knowledge that soon we will be nothing? How do we live a meaningful life with the always-looming threat of death? That's what Dr. Irvin Yalom of Stanford University -- and the field of existential psychotherapy that he pioneered -- strive to address. (To learn more about existential psychotherapy, click here.)

Yalom, who is now in his mid-eighties, recently published his 14th book, entitled "Creatures of a Day: And Other Tales of Psychotherapy," a stunning collection of essays chronicling his years as a therapist. Salon spoke with Yalom about "Creatures of a Day," the act of therapy and how aging has affected his creative process.

How did you choose which therapy sessions to include in the book?

I have a separate file that I keep which is full of ideas for writing, and I sometimes put things in there if something really strikes me in a session. I wrote this book by going over a huge file of these -- probably a hundred of them -- and I just kept reading them over and over and over again until one of them seemed to throb with some energy and I began to work on that one. After that, I just did the same thing over and over again. Once I found the story, it came fairly easily and quickly and fluidly, but sometimes the times between stories -- especially as the book went on — took longer and longer.

That was my writing style; I wasn't describing the therapy of a patient so much as I was picking a really pregnant episode and then expanding from that.

Why do you think the times got longer?

The times were longer because I'm old! [laughs] There used to be a time when these things would come to me very quickly, but my mind's not working as quickly as it did before.

You recount conversations in some detail in these books. How do you reconstruct a session? Do you record them?

Oh, no. I never record sessions. I describe them and then just use a writer's freedom to recreate the conversation. I know the person I was working with very well, so I could put words for him and put words for myself.

How you define the existential perspective? How do you use it in everyday therapy?

The existential perspective has value for certain patients but not for every patient. I never thought of existential psychotherapy as being a separate free-standing school, as much as these are issues that every therapist has to know because they'll come up in a great many patients. If I'm seeing patients, for example, who are in grief or who have a fatal illness or who are going through a separation and being very frightened about being alone, who are going through retirement and wondering about what their life is going to be like at that point and what value their life is going to have — these kinds of issues will come up for so many patients. Those are the patients I think of using a more philosophical approach for, but things like that will come up in almost all my patients.

Obviously the sessions in the book are particularly striking, but is it always like that, day to day? Do these values work their way into your work?

I don't think my work is a great deal different from therapists who are working at deeper levels. I tend to engage my patients quite openly and be a little bit more free about disclosing my own thoughts and feelings. Nothing is more important to me than creating an intimate and trusting relationship with a patient.

Are these universal concerns? Or are they largely Western? What about people who don't have the luxury of thinking about meaning?

You can think of a certain kind of pyramid of needs, as Maslow did a long time ago. First are the needs of just staying alive and getting food and shelter, and those are the needs that really demand your attention. Once those needs are met, once you have more comfort and time, then you have the freedom to start thinking about other concerns that I think are there in all human beings; but if you're busy searching for food all the time you don't think about them very much. In this Western world, in this culture in which I live and in which live the patients I work with, these are the concerns I encounter.

I'm always very uncomfortable when people ask me about these sorts of things because I can't speak for everyone! I see a select group of people. It was different when I was younger, when I was seeing a lot of people in the hospitals. A lot of people were in charity hospitals, but that's not the case right now. It's hard for me to make generalizations, but I think that everyone has certain deep concerns that are intrinsically philosophical. The idea of death, for example: Everyone knows that at some point in their life they're going to die, and there's a tremendous amount of fear about that. That has ramifications for many about how they live their lives.

Has your experience of aging changed your views on finding meaning?

I feel that as I've gotten into my later decades — my 70s and 80s — I'm feeling a lot of comfort and a lot of lack of stress at this point. I think it has a lot to do with not living a life that's full of regrets. I work with that concept a whole lot with my patients; they talk about all the regrets they have about what's happened in the past, and I like to focus in on What's your life right now? If we were to meet a year or two from now, what new regrets would you have built up? How could you go about constructing a regret-free life for yourself?

I've been living in that situation for quite some time. I choose what kind of work I do; I'm writing, which I love to do; I'm teaching, which I also spend a good deal of my life doing; I'm a doctor; I have a very loving relationship with my wife... I just don't see myself building any regrets at all, and that seems like a very good way for me to live. I just wish I could help my clients achieve that also.

What do you feel is the most important thing for people to take away from this interview?

This book that I'm writing, "The Creatures of the Day," it's great that the general public reads it but to be honest, my secret target audience for this book — and almost for every book I've written — is the young psychotherapist. I've been a professor at Stanford for almost all of my adult life, and I have a sense of being a teacher. I'm writing this, in effect, to help instruct other therapists, so I have a lot of messages in here about how to do therapy, about the importance of constructing a certain kind of space and intimate and trusting relationship with the patient. They can draw out of it things that maybe we could never really have known or imagined or predicted ourselves; each of them may draw different things out of the same kind of space.

I talk a lot about how the therapist can be and the whole level of how you interact with patients, the honesty you have about your own self. I'm teaching that kind of a mode of therapy right now, rather than maybe the more ancient modes where the therapist was invisible and only makes interpretations to the patient. I don't think that's the best model for therapy, so I tend to interact closely with patients.

Each of the stories brings up some kind of a philosophical issue that we have to look at. For example, the patient from the title story confessed after a while that he had been concealing something very important from me. We worked on why that was. Why would he want to deceive me when he's here for help? He thought it was so important that I have a certain image of him in my mind. I began to work on that: What did that mean? Why was that useful? The way each patient got help was extremely different, but it was the same person that was offering the help and the same kind of situation; people will draw different things from the same kind of therapeutic safe space that I set up for them.