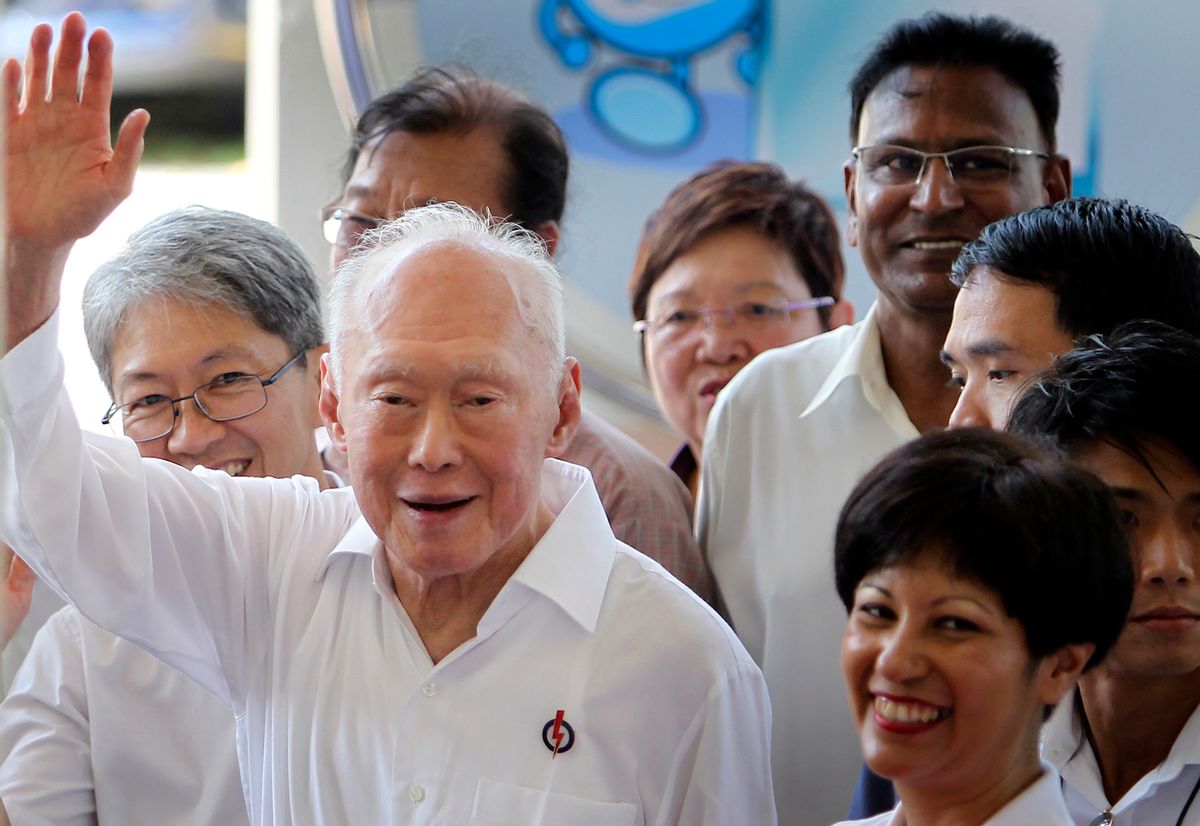 FILE - In this April 27, 2011, file photo, Singapore's then Minister Mentor Lee Kuan Yew waves to supporters as he arrives at an elections nomination center in Singapore. Lee Kuan Yew, the founder of modern Singapore who helped transform the sleepy port into one of the world's richest nations, died Monday, March 23, 2015, the government said. He was 91. (AP Photo/Wong Maye-E, File) (AP)
--

The increased American military assistance comes as Iraq's military struggles to recover from its collapse last June when the Islamic State group swept across much of northern Iraq.

2. FOUNDER OF MODERN SINGAPORE DIES AT 91

Lee Kuan Yew guided Singapore through a traumatic split with Malaysia in 1965 and helped transform a sleepy port city into a global trade and finance center.

The Texas Republican will become the first major candidate for president when he kicks off his campaign Monday.

5. WHAT WILL GOVERN PACE OF US AFGHAN WITHDRAWAL

America's exit from the war remains tightly hinged to the abilities of the Afghan forces that face a tough fight against insurgents this spring.

Scientists fan out across the country to administer the injections, calming the anxiety that has stymied efforts to contain the disease, which has killed 4,200 there.

7. HOW JAPAN HOPES TO FEND OFF DEVASTATING TSUNAMIS

The country seeks to build a controversial, 250-mile chain of sea walls for $6.8 billion to blunt the force of the powerful waves.

Thus ends one visible component of the company's diversity and racial inequality campaign that had sparked widespread criticism in the week since it took effect.

The remains of King Richard III, hastily buried in 1485 and rediscovered three years ago, will be re-interred with "dignity and solemnity" at Leicester Cathedral this week.