A "f**kbarrel" of fines: John Oliver reveals the disturbing way police are preying on the working poor 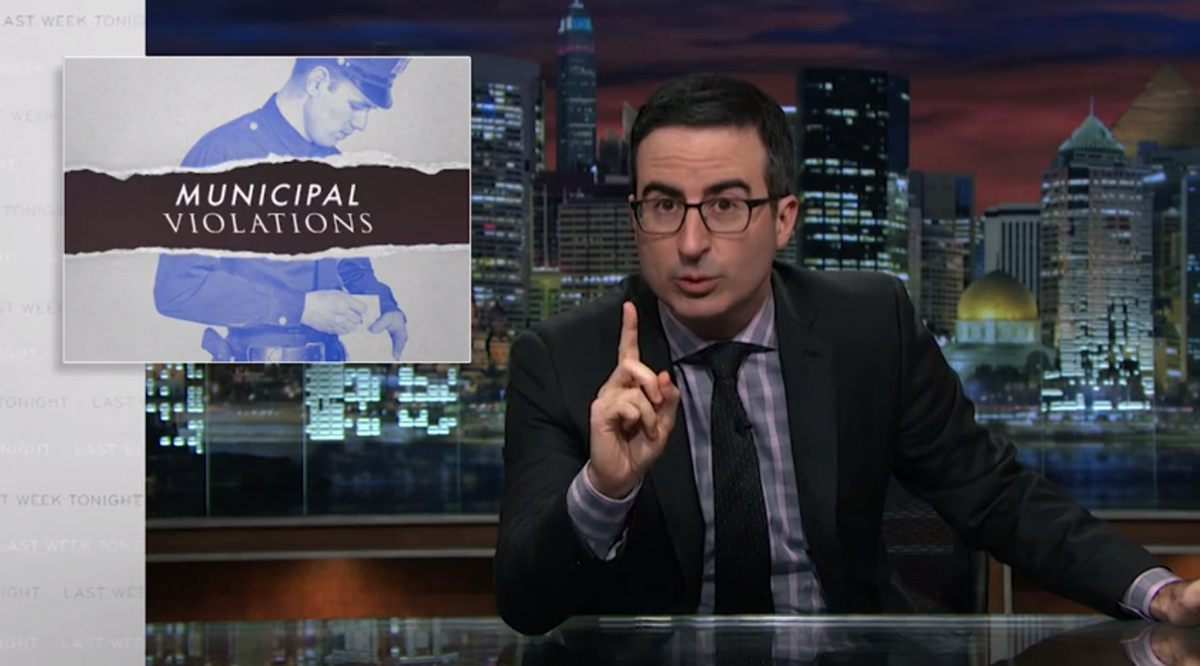 How are some U.S. counties getting away with ruining the lives of the working poor through municipal violations? That's the question John Oliver took a stab at on Sunday's "Last Week Tonight." And more specifically: "How the f*ck is it possible for a grandmother to go to jail for traffic tickets?"

Well, it's rather simple, according to the late night host, when you consider all the people living paycheck to paycheck who can't pay a fine upfront -- and then weigh that against the demand for citations among municipalities for funding of local services.

Oliver gives the example of someone living in the Dekalb county of Alabama making minimum wage ($7.25/hr). It would take them 35 hours to pay that off. "The only justifiable way you should lose an entire week of your life due to speeding is if you hit 88 miles per hour and go back in time," Oliver said.

And the penalties just keep snowballing: If you are unable to pay your ticket, you get zinged with additional fines. You may lose your license. Eventually, you may lose your job. Even worse, face incarceration.

Pivoting the discussion to Ferguson, Missouri, Oliver slammed the city manager for encouraging the use of fines as a cash machine. A recent Department of Justice report uncovered that police officers competed with one another to see who could write up the most citations and that their promotions were contingent upon citation revenue. According to that same report, the city manager at one point even congratulated a police commander bragging about how long the line was of people trying to pay off their tickets. "Great work," he responded.

“That situation is ridiculous,” Oliver said. “The only people who should be that excited about people waiting in line to hand over way too much money are Apple executives. That’s the only time.”