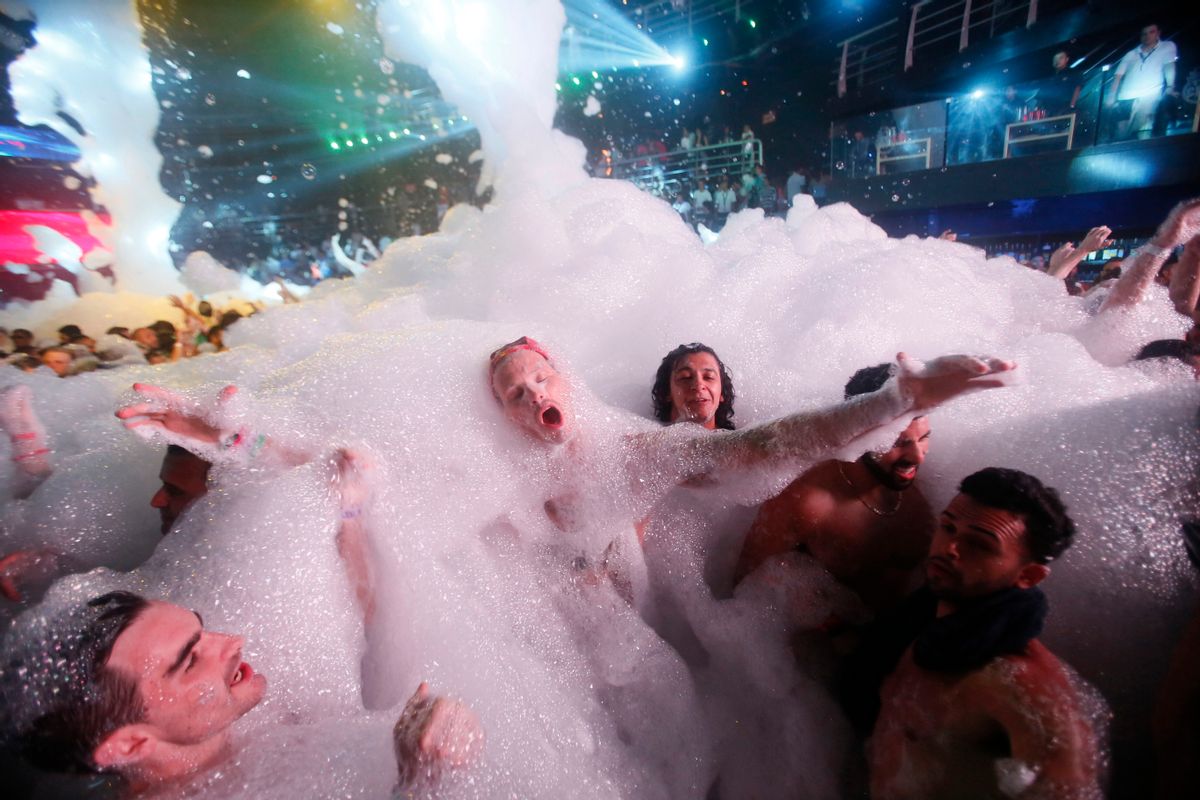 In this early Monday, March 16, 2015 photo, partygoers dance in foam at The City nightclub in the Caribbean resort city of Cancun, Mexico. Cancun is one of the top foreign destinations for U.S. college students during spring break. (AP Photo/Israel Leal) (AP)
--

We often take it for granted, but fresh water is one element we must always have nearby. From the Iguazu Falls in Brazil to the Nile River in Egypt, Associated Press photographers the world over set out to capture the beauty and majesty of the precious resource ahead of World Water Day. Paraguay-based photographer Jorge Saenz was up to the task and made a stunningly beautiful image of the Iguazu Falls.

Not all the water in Brazil is as pristine. For decades, fishermen have trolled the Guanabara Bay that will host Olympic sailing events in 2016, setting their nets at dawn. The men say their nets now are coming up empty, something they blame on industrial and sewage pollution. Rio state authorities say they're working to make good on a pledge made in Rio's Olympic bid to cut the pollution in the bay by 80 percent, turning to Dutch experts for help. But environmentalists say the government is not doing enough.

Leftist allies of Venezuela rallied behind embattled President Nicolas Maduro on Tuesday in his faceoff with the U.S. government, which he has accused of trying to oust his administration. By far the strongest defense came from Cuban President Raul Castro, whose government is negotiating for the re-establishment of diplomatic relations with the U.S. after more than a half century of Cold War frictions.

Another installment of our Antarctica project introduced us to the tourism angle. We learned that the essentials of any Antarctica vacation include a strong dose of humor, patience and humility, not to mention tens of thousands of dollars. The harsh environment requires vacationers to come packing with water-resistant hiking boots, several layers of winter clothes including long underwear and a parka, and powerful sun lotion and dark shades with extra ultraviolet protection.