From swift fame to sudden backlash, a look at how the British comedy icon got to where he is today 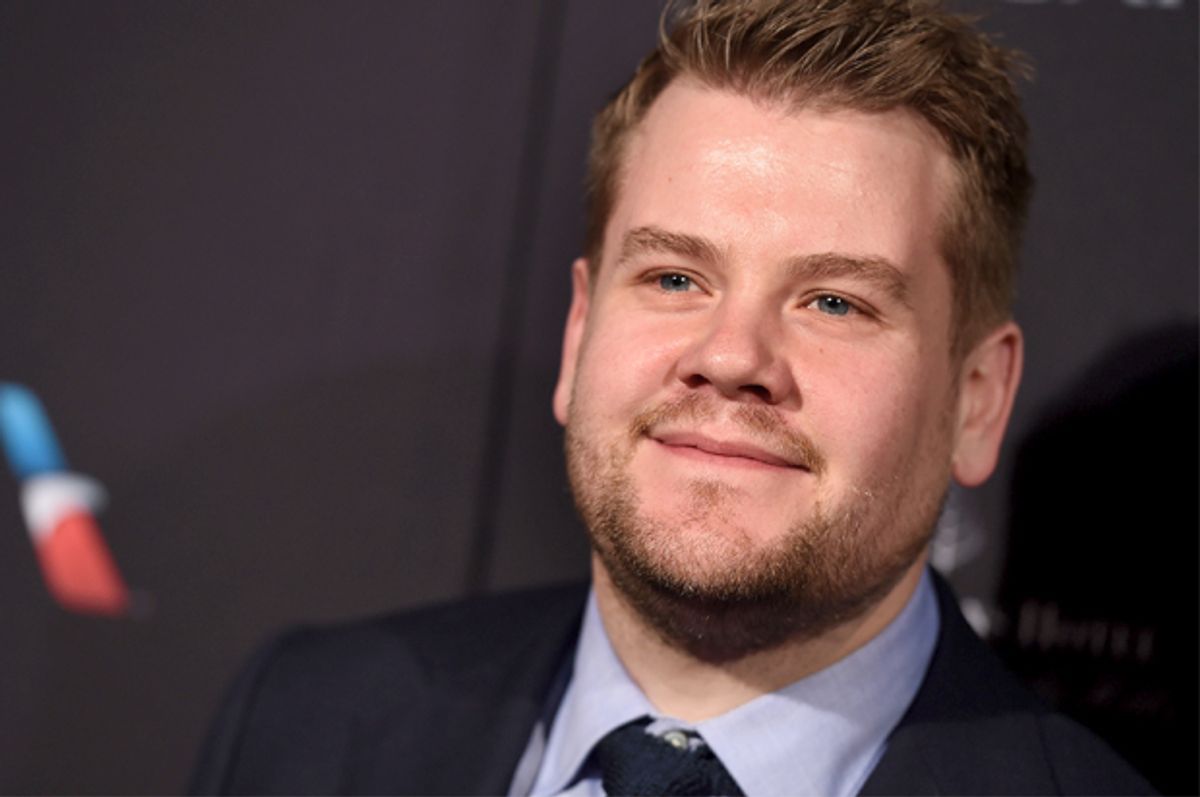 James Corden is well-known in his native Britain: An ubiquitous fixture in the TV comedy landscape, a prolific actor whose work spans genres, and a five-time BRIT Award host (think of him like a funnier, more talented Ryan Seacrest). But aside from a few high profile projects Stateside (like his recent role in “Into the Woods”), Corden has yet to attain the same level of fame outside the UK.

Well that’s all all about to change, as Corden is set to inherit Craig Ferugson’s "Late Late Show" hosting gig starting this Monday evening. It remains to be seen what sort of host Corden will be — like Fallon, he’s a multitalented showman, a song and dance man brimming with upbeat energy — but with a similarly sardonic, edgy humor as his Scottish predecessor Ferguson. In honor of his ascension to the late night chair, here’s a look back at Corden's trajectory so far:

The London-born actor got his start with small roles in a series of British shows like “Teachers,” “Hollyoaks” and "Little Britain,”  had a main part in the short-lived comedy series "Boyz Unlimited," and appeared in films like Mike Leigh’s 2002 “All or Nothing” (see the trailer below).

Corden got his first prominent TV role in the acclaimed UK TV series “Fat Friends,” set around a group of friends at in a Leeds weight-loss club, which ran from 2000 to 2005. He played Jamie Rymer, a 15-year-old teen bullying victim, who attempts suicide early in the series (fans of the show will know that Corden has dramatic chops to rival his comedic ones).

In 2004, Corden starred in the London stage version of Alan Bennett’s play “The History Boys,” about a group of grammar school boys preparing to write their Oxford and Cambridge entrance exams. Corden reprised the part in the 2006 film, alongside fellow rising star Dominic Cooper.

And here are the guys having some laughs behind the scenes:

Corden’s big break came with the beloved BBC sitcom "Gavin and Stacey" (2007-2010), which he co-wrote and starred in with fellow "Fat Friends" alum Ruth Jones. The show was popular and widely acclaimed, and Corden became a critical darling, receiving numerous BAFTAs and other awards.

Here’s him and Sheridan Smith rapping Estelle and Kanye’s “American Boy” in a highlight from the third season:

During "Gavin and Stacey," Corden became an increasingly prominent fixture in the British pop culture landscape. He took on a number of hosting gigs — from "Big Brother's Big Mouth" to the BRIT Awards (which he would go on to host five times, not always successfully) to comedy/sports show “A League of their Own -- and was a panel show regular, as well as starring in movies like "Gulliver’s Travels” and "How to Lose Friends & Alienate People."

Here's him chatting with One Direction at the 2014 BRITs:

He was also featured alongside Dizzee Rascal on 2010’s “Shout for England,” the unofficial anthem of the British World Cup team.

Yet not all his post-"Gavin" projects succeeded; his sketch show "Horne & Corden" widely tanked, with some critics decrying it as homophobic and the Daily Telegraph calling it "about as funny as credit default swaps" (ouch).

In fact, despite -- or perhaps as a result -- of his cultural ubiquity, Corden's reputation took a sharp beating, with The Guardian's Mark Lawson dubbing his trajectory "one of the steepest and quickest falls from grace in showbiz history." Think of it as HathaHate, only worse. As the Guardian's Carole Cadwalladr put it:

One minute, he's the toast of the town, the new king of comedy, the genius who, with Ruth Jones, wrote and starred in Gavin & Stacey, one of the most loved new comedies of recent times; the next, he's "that fat git with a laugh like a neutered howler monkey" (Ally Ross, the Sun). His sketch show, Horne & Corden, was pooh-poohed ("About as funny as credit default swaps" - the Daily Telegraph), his film, Lesbian Vampire Killers universally slated ("The worst movie of the year," according to the Observer's Philip French). He's been a tabloid whipping boy ever since."

While his professional career was losing steam, Corden was gaining a similarly bad reputation offstage (people started to comment on his outsized ego when he complained onstage about only winning two BAFTAs, not three, back in 2008). His tabloid exploits are similarly legion, including courtships with X Factor winner Alexandra Burke and Lily Allen, a public spat with Patrick Stewart, and famously cutting off Adele at the BRIT awards in 2012:

Gradually Corden was able to ride out the backlash; he got great reviews for his leading role in the stage play "One Man, Two Guvnors," a role he held in London's West End and eventually on Broadway, where he would go on to win the Tony. He also created "The Wrong Mans," an acclaimed action-comedy series for BBC2 and Hulu, and played the baker in the recent adaptation of Sondheim's "Into the Woods," alongside Anna Kendrick, Meryl Streep and Emily Blunt.

Here's a clip from "One Man, Two Guvnors"

A look at the "The Wrong Mans," available on Hulu:

And here's a snippet of "No-one is Alone," his "Into the Woods" duet with Anna Kendrick:

Corden's "Late Late Show" gig kicks off tonight, and he's been making the rounds in preparation. Here's him chatting about the gig with Seth Meyers a few months back:

And here's Ferguson sizing up his successor.